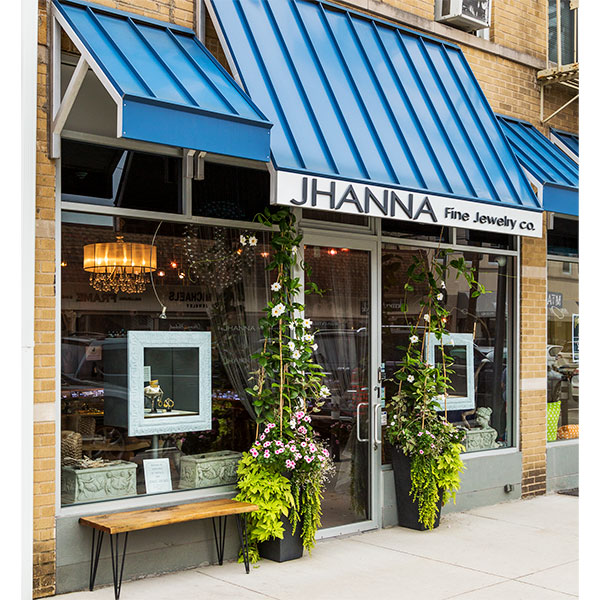 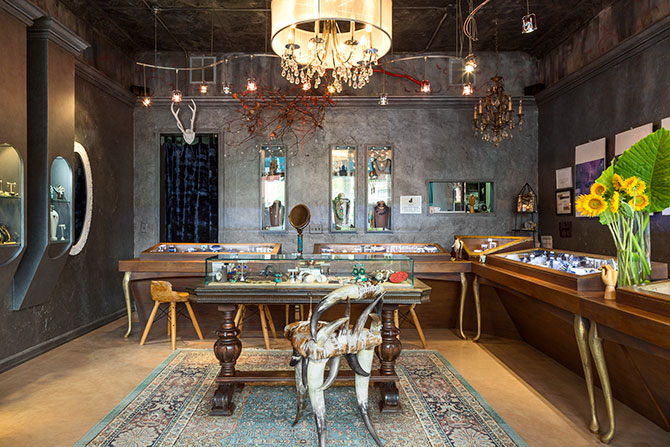 Walking into Jhanna Krentsel and Rudolf Shtainhorn’s Jhanna Fine Jewelry store, customers pass between potted flowering vines, under a peace sign fashioned from silvery balls, and into what feels like a carefully coiffed cave, with dark stucco walls that help all that glitters within shine more brightly. There’s a whimsical chair crafted out of cattle horn and hide, an oriental rug, and other seats molded from Indonesian tree roots. Beneath the high pressed-tin ceiling, a large sprig of coppery vine—which Krentsel found while walking to work one day—emphasizes the showroom’s naturalistic bent. 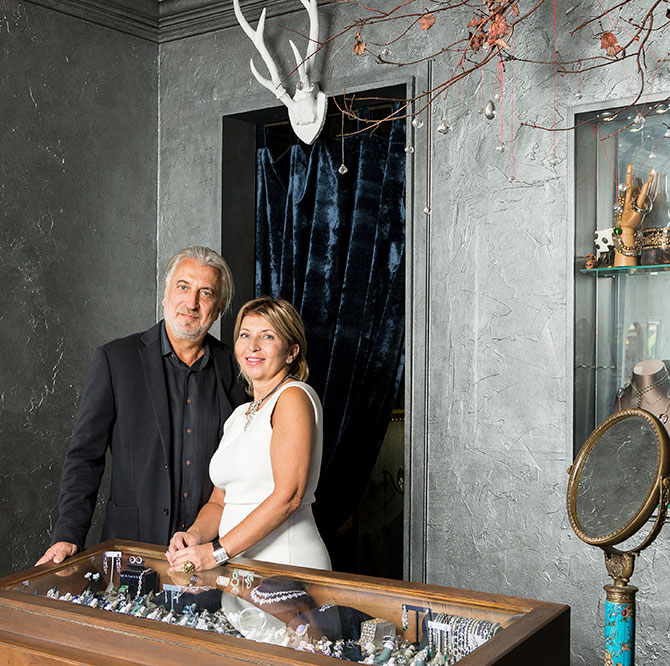 Owners and designers Krentsel and Shtainhorn are partners in business and life. After graduating from the Fashion Institute of Technology in New York City, Krentsel realized she wanted to be her own boss. “I hate corporations and would rather work for myself,” she says. Shtainhorn, who trained as an architect in Ukraine, honed his skills by working for model-makers for such experts as Jean Schlumberger and David Yurman. 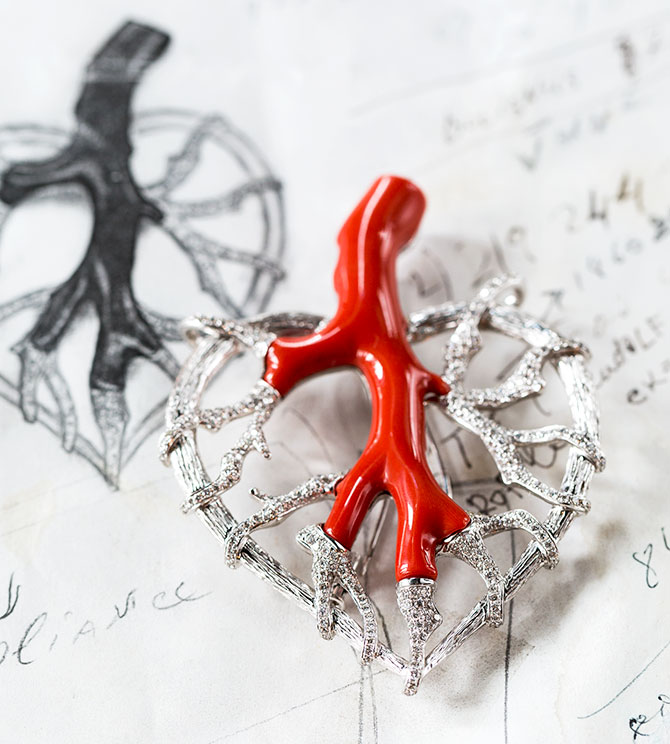 At the couple’s first location in Union, N.J., they noticed that many of their customers came from Millburn, one of the richest towns in the state, and its Short Hills census district, the fifth-richest area in the country. “We thought, the mountain doesn’t have to come to us,” Shtainhorn says. “Thirty-three years later, here we are.” 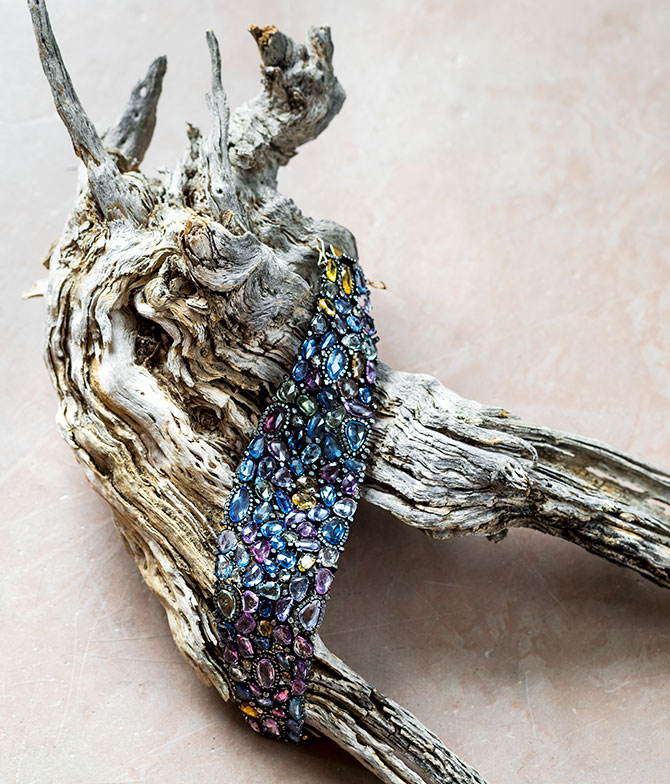 Those decades have been eventful, as the business weathered recessions and floods, including one that left the store in need of $100,000 in repairs, with fish in the basement and 30 inches of water at street level. That flood also left several dings in the Steuben glass of their 1997 Jewel Award, which Shtainhorn won for an engagement ring. He also had a hand in redesigning the Stanley Cup championship ring for the New Jersey Devils in 2003.

While the jewelers enjoy updating vintage pieces, custom design makes up a third of their work. Their signature style is organic with a contemporary twist, influenced by Art Nouveau and Beaux Arts. “Our jewelry is all about uniqueness and the exclusivity of the gems, but not necessarily outpriced for regular people,” he says. Rings, for instance, start at $370 and go to $29,900. 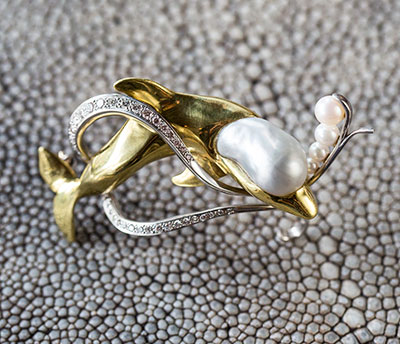 Shtainhorn makes most of his pieces right in the store’s back room. “Before we give it to our clients, it has to be something we physically want to have ourselves,” he says. The designers like taking customers on the journey from a rendering to a finished piece, with wearers often stopping in to see the process. 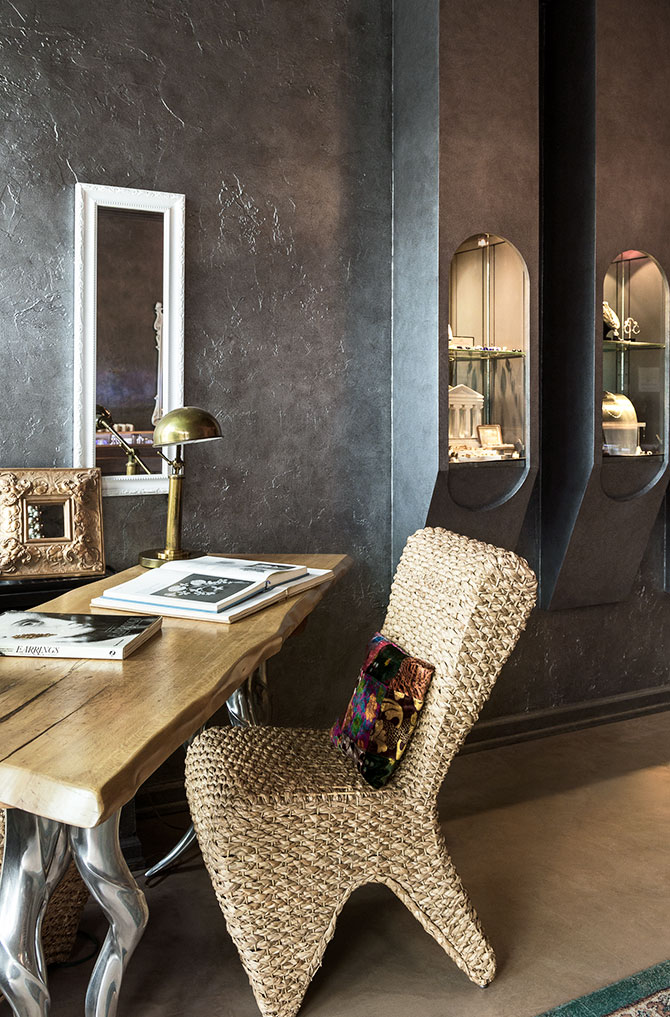 “Our best client is an independent, professional female who doesn’t need to ask her husband,” Shtainhorn says. “They buy for themselves. We like to make our clients our friends.” Customers visit regularly even after moving out of the area, and the store occasionally sells engagement rings to clients’ children, who may become smitten with the charming Champagne ­Bubbles band—one of the store’s most popular items. “We believe that one of the gifts that could potentially become an heirloom is a piece of jewelry,” Shtainhorn says. “So if you love somebody and think you’ll love them forever, you want to give them something that’s not a sweater or a pair of shoes, but something you can leave to your grandchildren.”