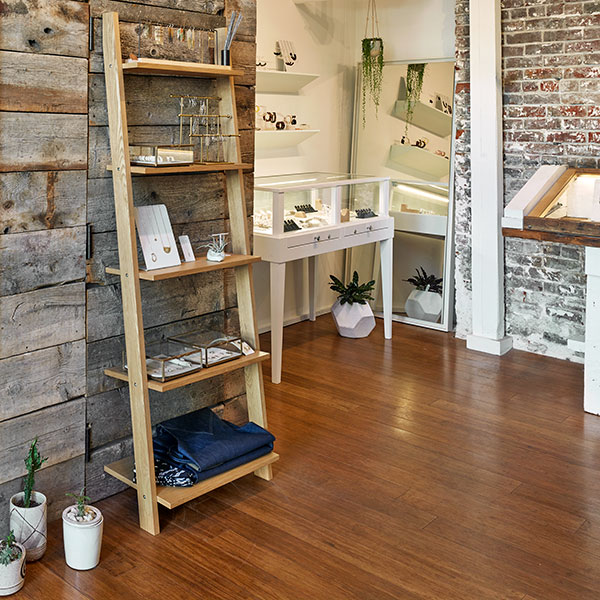 Heavy metal takes on new meaning at Crown Nine, a tiny store in downtown Oakland that celebrates metalsmithing with big, bold, and beautiful jewelry from an eclectic bunch of independent designers.

Kate Ellen loves jewelry that makes a statement, so you won’t find much dainty or hyperfeminine jewelry inside Crown Nine, her small fine jewelry store in downtown Oakland, Calif. Instead, geometric glass cases are mostly full of dense and oversize metalwork. This is the style that has always spoken to Ellen, the motif that inspired her to ditch a career in education to turn her hobby of jewelry-making into a full-time business. “I’ve always liked the kinds of pieces you can grab onto,” she says. 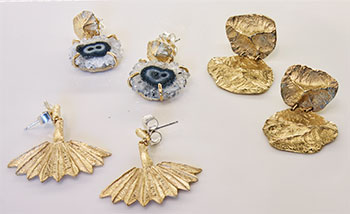 Jewelry-making came late for Ellen, a Marin County, Calif., native who started out as a teacher. She taught a variety of subjects and at one point traveled all over the San Francisco Bay Area teaching kids about sex. When her day job got stressful, Ellen signed up for a metalsmithing class to relax. She was hooked. “Something about working with tools and metals and my torch unlocked everything for me,” she recalls. Within weeks, she was making custom pieces for friends and family. About two years later, in 2011, a landlord offered her six months of free rent at a downtown Oakland space, a deal she couldn’t refuse. She opened Crown Nine with $700 in her bank account and a mind full of dreams. 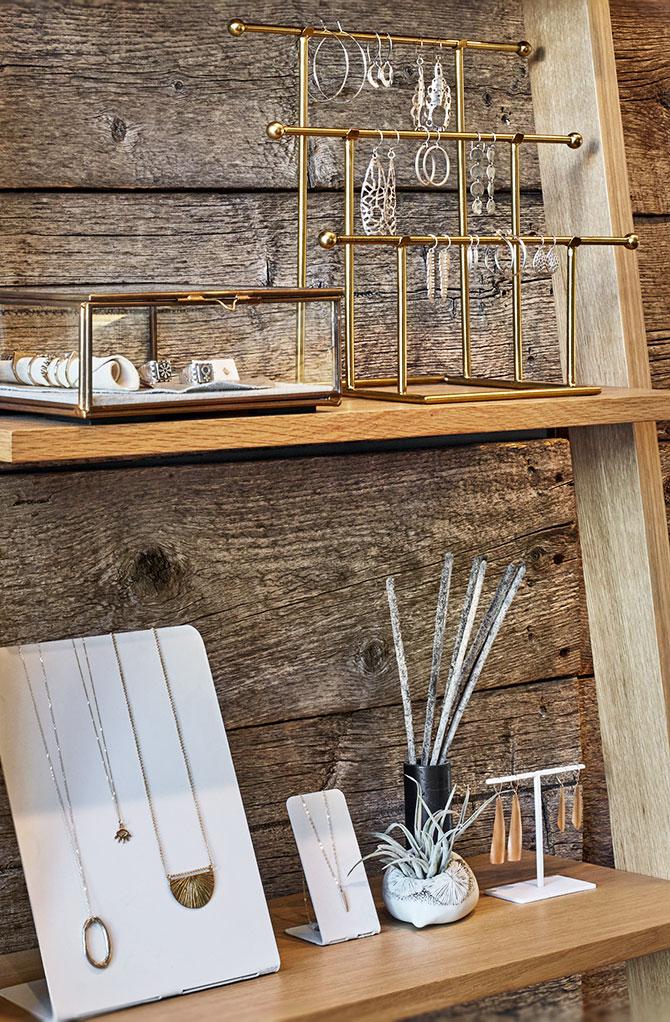 The first two years were challenging, but Ellen persevered, and Crown Nine moved into its current two-story digs in 2013. Today the store occupies a small room with exposed brick on the ground floor, and the studio is up above. ­Metalsmithing still is a big part of the concept.

Ellen designs and creates her own fine jewelry, but the bulk of the collection represents about 20 other makers. “We want to work with independent designers who are making their own work,” Ellen explains. Some of the artists featured include Derek McKay Duncan, Marja Germans Gard, Giovanna Torrico, and Amanda Hunt. Crown Nine also sells hairpins and jewelry storage vessels that Ellen makes. 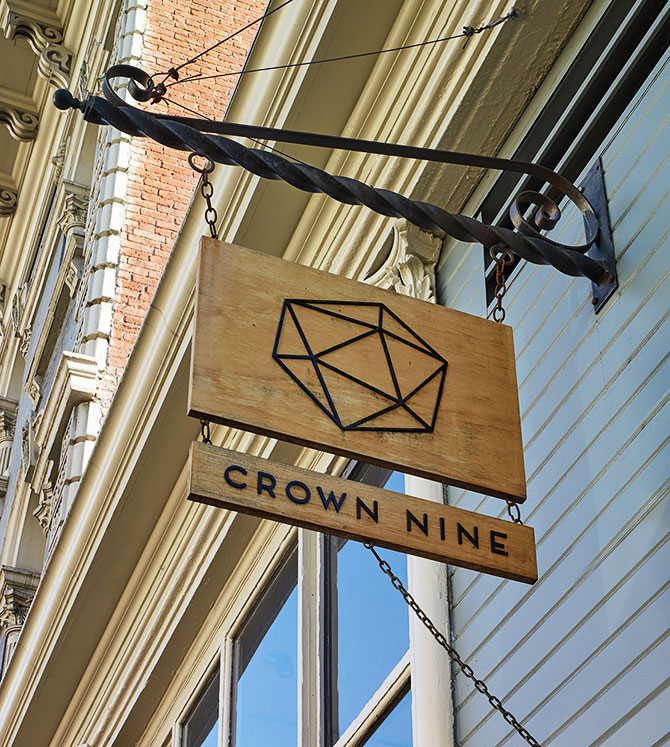 A burgeoning wedding business accounts for a significant part of Ellen’s revenue stream. Often this means she’s making rings and simple necklaces with twists on classic designs. Sometimes, it also can mean something totally over the top: a cuff, a choker, or other pieces. Though Ellen strives to work with the materials her customers request, her favorite combination is yellow gold with a bicolor Montana sapphire or old mine–cut diamonds. She also adds a brushed finish to most of her wedding items to “soften them up.” Prices for these pieces start around $800 and go to $5,000 and beyond. 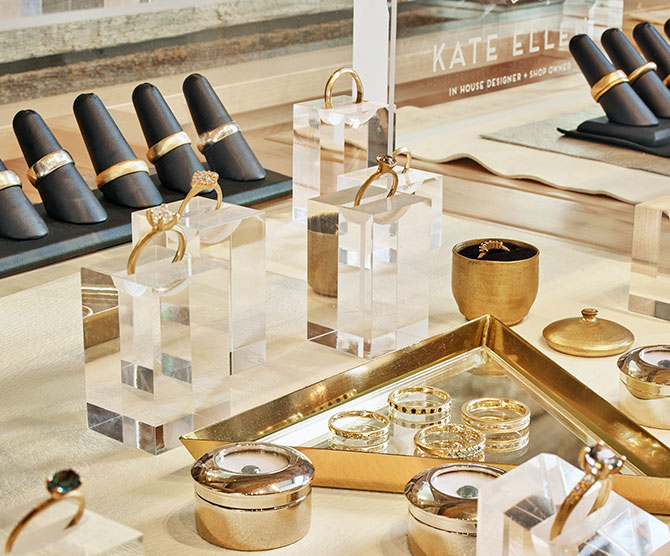 In 2018 Ellen achieved another lifelong goal: She became a mom. Because she’s a sole proprietor, and because she has prioritized becoming a hands-on parent, Ellen brings her daughter to work regularly. Sometimes managing motherhood and the store can be difficult, but Ellen wouldn’t have it any other way. “I dreamed in the early days that I would be where I am today. It’s even better than I ever imagined.”