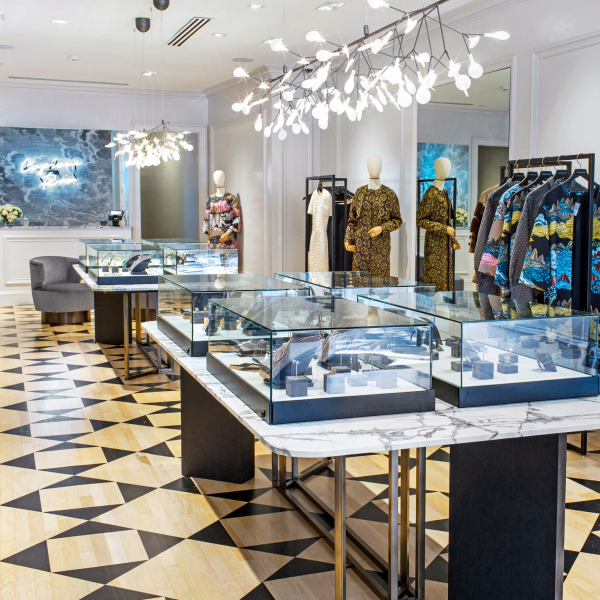 86 Greenwich Ave., Greenwich, Conn. David Chines can spot a best seller in a matter of seconds. The 30-something CEO and founder of the East Coast retail concept Copious Row says that when he finds it, he just knows. And Chines (pictured) doesn’t shy away from lesser-known brands. On the contrary, he embraces them. "There were many designers who were underrepresented,” says Chines, who came to the retail sector from LVMH Moët Hennessy Louis Vuitton, where he oversaw digital marketing, public relations, and social media for such brands as Fendi and Givenchy. He opened the first Copious Row on a seasonal basis in Sag Harbor, N.Y., two and a half years ago. Its popularity with well-heeled alpha women in their 40s and 50s led to the Greenwich, Conn., outpost, which opened in October. While the Sag Harbor spot is rustic and resortlike by nature, carrying primarily accessories and je