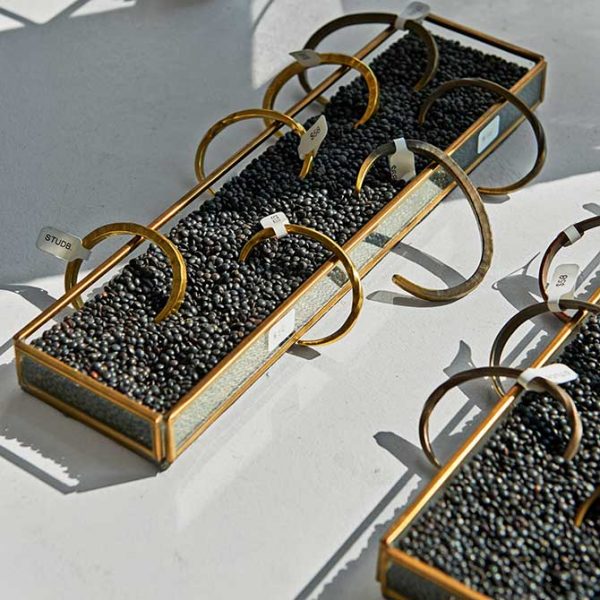 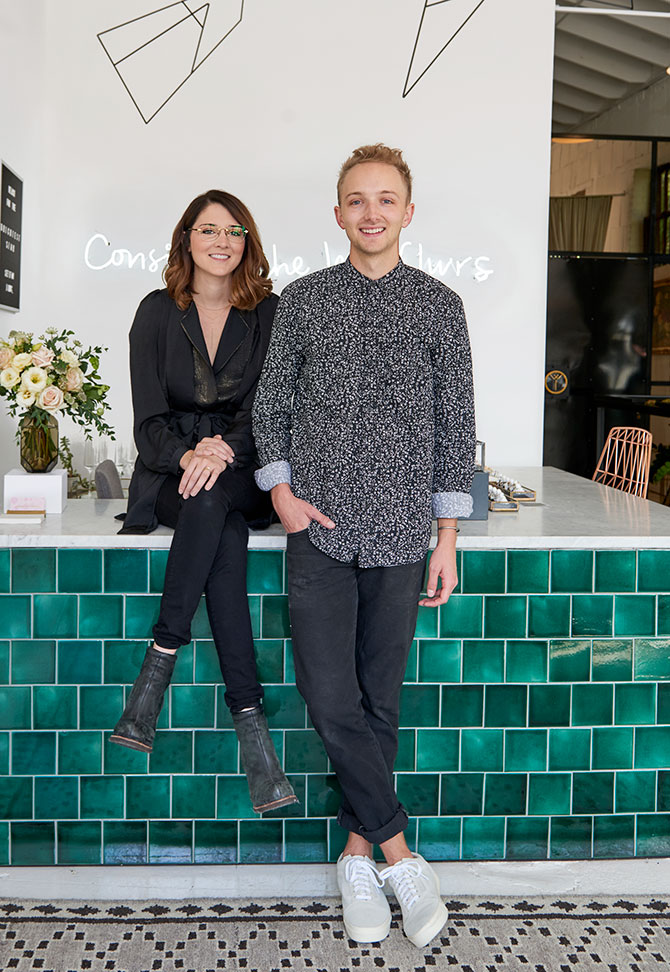 Eight years ago, Emily Eggebrecht moved from St. Louis to Nashville to pursue a career in music, an all too familiar story—but one with a different happy ending. During her senior year at Belmont University, Eggebrecht changed from music education to study religion and the arts; simultaneously, she decided to build a small jewelry collection, Consider the Wldflwrs, to sell online, intending to work for a fashion-for-cause company postgraduation. That also didn’t pan out. Now, Eggebrecht is the force behind one of Nashville’s most beloved jewelry brands. 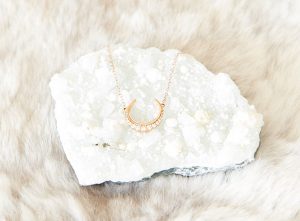 Prior to 2013, Eggebrecht had no experience with jewelry. In college, she worked at The Cosmetic Market; she confesses to “loving the business side” and thought that might be her forte. Like many millennials, Emily taught herself via YouTube; she started with wire-wrapping, then moved on to metalsmithing. Just before graduation, she did her first craft fairs—Porter Flea in Nashville and Renegade Craft Fair in Brooklyn, N.Y.—with finals sandwiched in between. Then, serendipitously, a jeweler, Christina Kober, offered to mentor her. “I was very ready to give up,” ­recalls Eggebrecht, who was giving voice lessons and working for a snow-cone truck. “She took me under her wing.” Eggebrecht took classes at the New Approach School for Jewelers in Franklin, Tenn., and later graduated from the GIA. 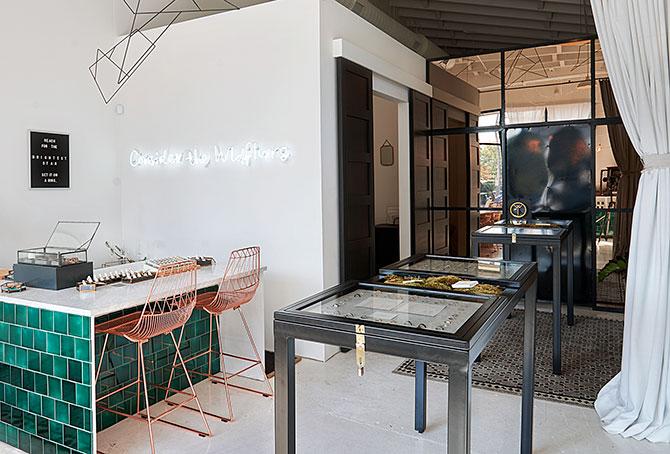 In late 2015, Eggebrecht worked her final craft fair in Chicago, where she met a gemologist who would help introduce her diamond services. (Wedding rings are a focal point of CTWF.) After working out of a couple of different shared spaces, Eggebrecht, now a certified bench jeweler and stone setter, opened her own studio and storefront in February 2017 in a development that also houses design brands Nisolo and Emil Erwin. The new showroom, airy and adorned, naturally, with floral accents, allowed Eggebrecht to expand her team—including her husband, Ben, the brand’s marketing director—and her offerings; she carries products from other designers, including Christina Kober Designs, Ariel Gordon Jewelry, Anna Sheffield, and Kasia. Given her musical background, incorporating an “intentional” sensory experience was integral for the entrepreneur. “We have music in the background that is calming, relaxing, and unrecognizable,” she explains. “We’re creating memories, and the last thing we want is for someone to hear a song with a sad memory attached to it.” 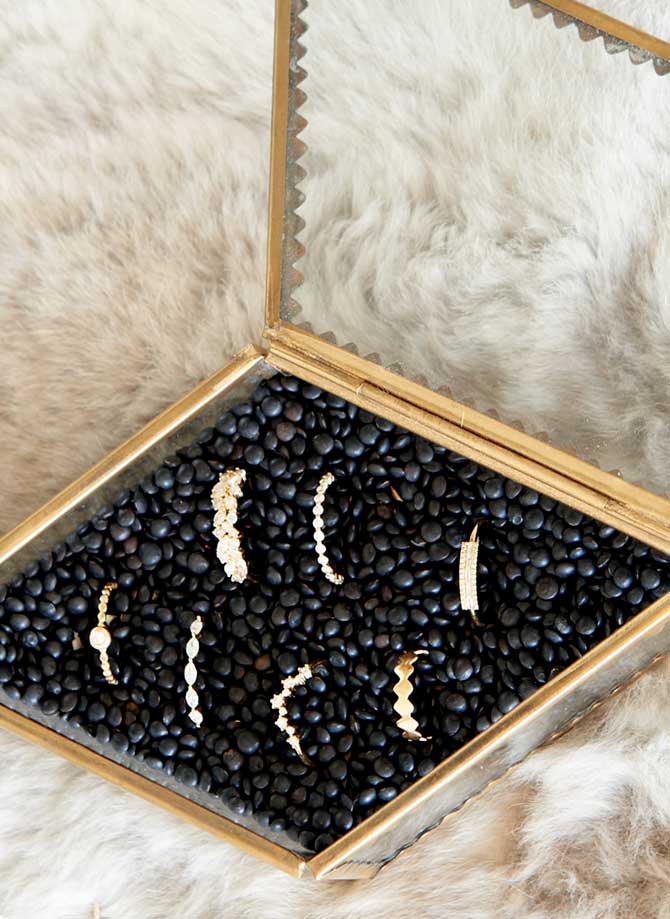 Consider the Wldflwrs’ name stems from Eggebrecht’s favorite Bible verse, Luke 12:27, which Eggebrecht says pays homage to the different seasons of life. “When you’re growing up, you think, ‘I’m not pretty enough’ or ‘I’m not smart enough.’ That verse always reminded me that God says, ‘No, you are good enough,’ ” she says. “When I was graduating, I was feeling that weight that I wasn’t going to amount to anything because I’d switched paths so many times. It was a reminder that I could do this.” Philanthropy has always been a passion, prompting Eggebrecht to travel to Honduras twice a year to teach jewelry-making to the locals; she sells some of those products in the shop. “We used to give a huge amount of our profits away,” she says, “but now we focus more on giving others tools to better their own lives.”