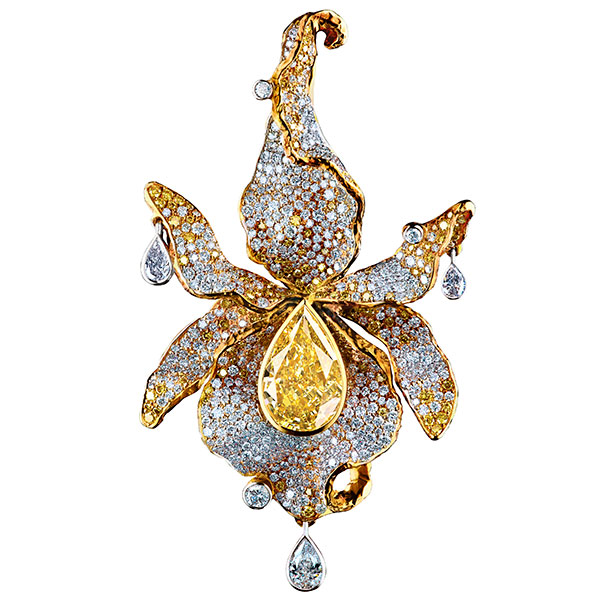 From Feb. 26 to March 4, the Hong Kong jewelry shows saw record attendance from a coterie of global buyers

Benjamin Chau, deputy executive director of the HKTDC, admitted that the industry faces an uncertain global economy, thanks to the U.S.–China trade battle, but that jewelers have been enhancing their design and research and development capabilities in recent years, which helped attract buyers. “There was a satisfactory growth in attendance from emerging markets such as mainland China…and Asian countries such as the Philippines, Singapore, Malaysia, and Indonesia,” he said.

Creativity abounded at the twin shows, from jade-encrusted butterflies and dragonflies at Dawn Jewellery to the delicate bouquets of 18k gold, rubies, and emeralds at the year-old Maison Guan. Foo Hang Jewellery, one of Hong Kong’s largest diamond purveyors, reported selling 1 million Hong Kong dollars’ worth of jewelry (about $127,000) on opening day.

Anecdotally, JCK found that while the trade situation was top of mind, attendees didn’t seem undone by it. HKTDC conducted an on-site survey, interviewing 1,347 exhibitors and buyers to gauge their business expectations for the future. Some 80 percent were optimistic or neutral about the prospects of mainland China and the United States resolving trade issues.