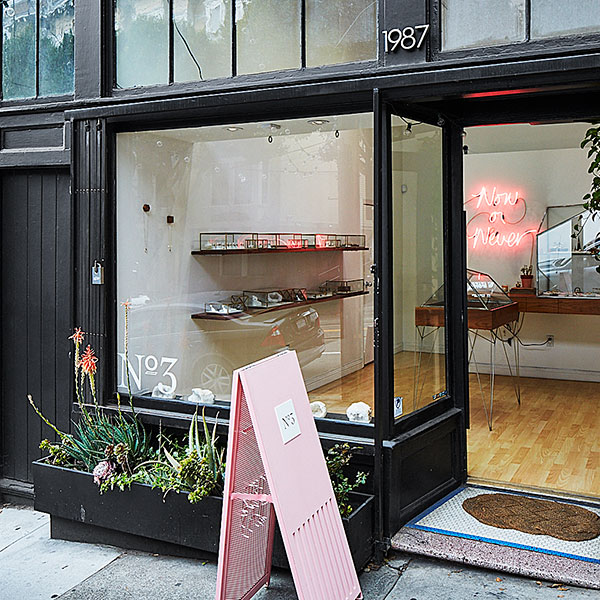 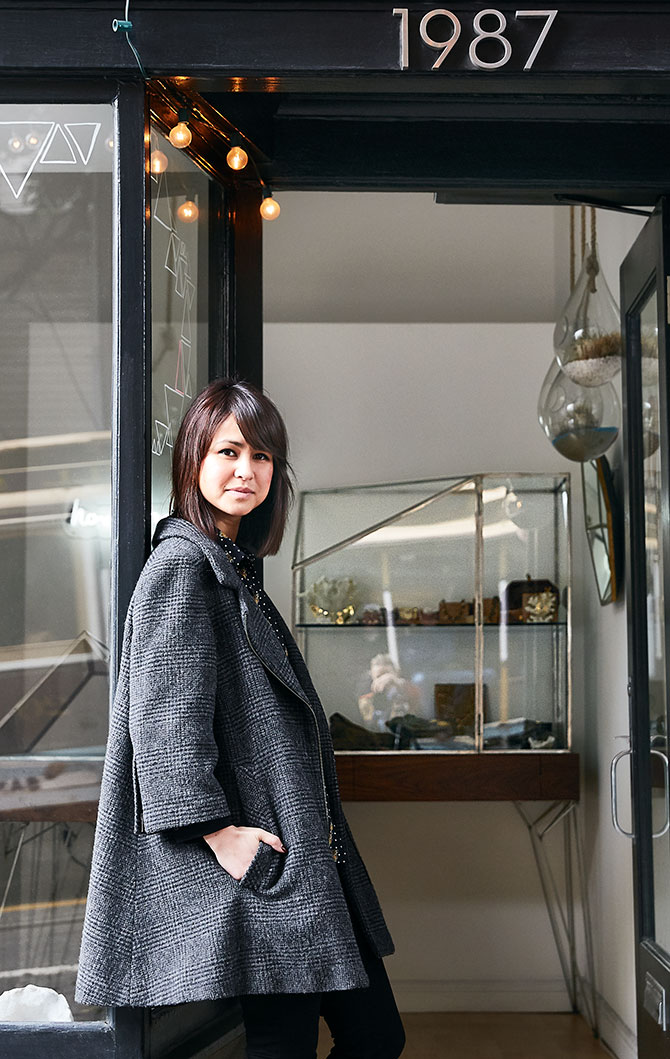 The third time was the charm for Jenny Chung Seeger. The 36-year-old entrepreneur has opened three different shops in San Francisco in the last 10 years. Her current one—appropriately named No. 3—is the first to specialize in jewelry.

An economics major from the University of California, Berkeley, Seeger came to jewelry through clothing and accessories. Her first shop, Acrimony, carried mostly clothing and accessories, while her second foray, Acre SF, sold clothes and coffee. Finally, in 2013, she opened No. 3 in response to customers who demanded that she carry more jewelry. “Originally my goal was to make the shop a highly curated space for fashion jewelry, but once I saw the void in San Francisco for fine jewelry, the emphasis quickly changed,” she says. Though prices range from $2,500 up to $50,000, Seeger says she prides herself on cultivating an approachable vibe: “People can be intimidated by jewelry, so we let people touch things, try them on, look at them up close, and explain to them who designed what piece.” 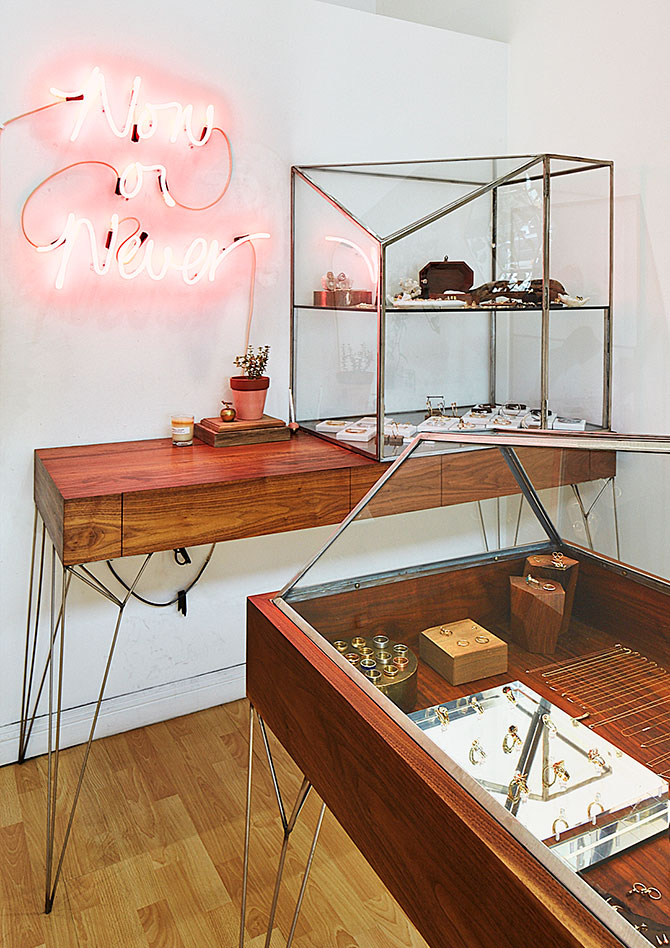 The shop itself brings new meaning to the notion of a jewel box: It’s not much larger than a walk-in closet. Items are arranged on shelves and tables in trapezoidal glass cases, most of which are closed but not locked so customers can reach inside as they wish. The sparse decor incorporates natural elements such as sand (in the cases themselves), geodes (on shelves and tables), and terrariums (some of which hang from the white walls). Every now and again, those iconic cable cars squeal and rumble past on Hyde Street out front. The original Swensen’s ice cream shop is just down the block. 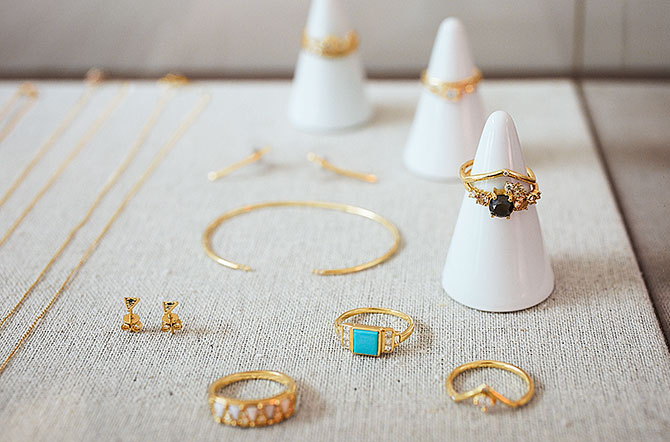 Like most small jewelry stores across the country, No. 3 logs the bulk of its business in selling engagement rings from such designers as Bario Neal, Bliss Lau, and Anna Sheffield, including a healthy selection of alternate options: black diamonds instead of white diamonds, rose gold instead of platinum, and so on. As Seeger sees it, “so many things about bridal pieces are interchangeable, and lots of women don’t know that.” For customers who want to take a more active role in the process, she recently debuted the custom-design online platform Waant.com. 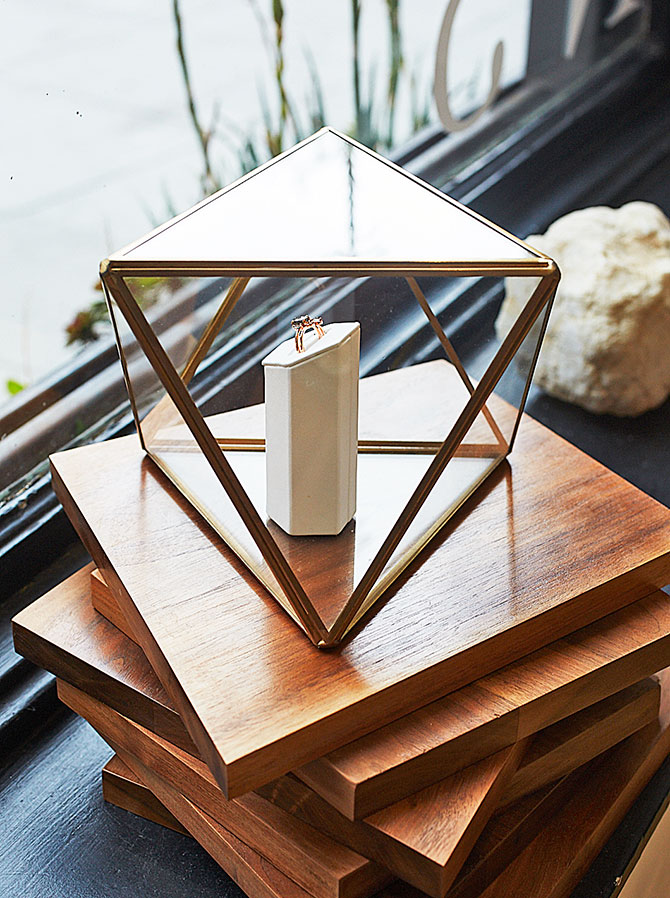 Above all else, what stands out about the offerings at No. 3 is choice. Los Angeles–based designer Misa Hamamoto uses wax-carving to sculpt each of her designs by hand, while Brooke Miller, the artist behind the San Francisco–based brand Porter Gulch, focuses more on Art Deco–style pieces. Seeger prides herself on drawing together an eclectic offering with varying customer interests in mind—a collection of jewelry that can be cocktail or fashion but also can be worn both ways. “Different people have different tastes,” she says. “We try to carry a collection that can offer something for everyone—something that’s elegant yet never feels stuffy—and I like to think we achieve that goal.” 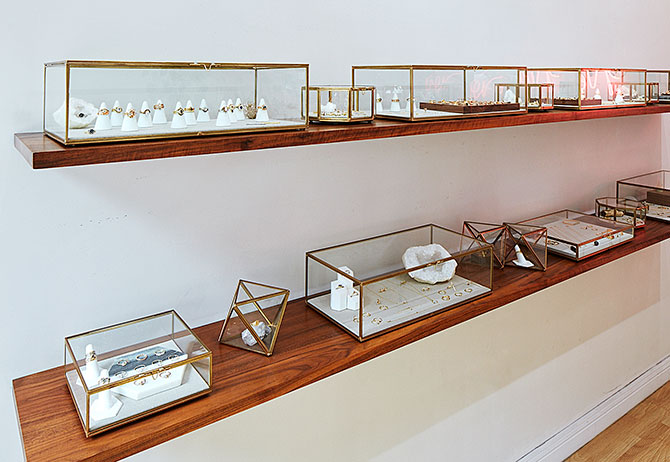