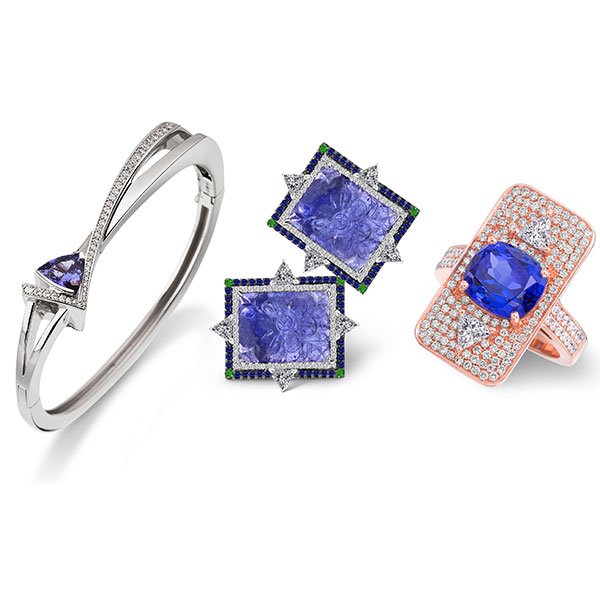 Add tanzanite, Ethiopian emeralds, and bicolor sapphires to your gem week shopping list Purple Reign Since it was discovered in 1968 in the Merelani region of Tanzania, in the foothills of Mount Kilimanjaro, tanzanite has been something of a shape-shifter in the marketplace. Introduced to the world by Tiffany & Co., which christened the stone, the gem was initially touted for its rarity and sought after by the finest designers of the time, including Jean Schlumberger and Donald Claflin. By the late 1980s and ’90s, however, tanzanite had acquired a reputation as a mass-market gem, thanks in large part to the cruise ship industry, which made styles like tanzanite tennis bracelets a staple of the vacationer’s wardrobe. Today, jewelers remain besotted with tanzanite’s range of colors, from intensely hued purple-violet to a pastel-like lavender. And from the most recent Couture