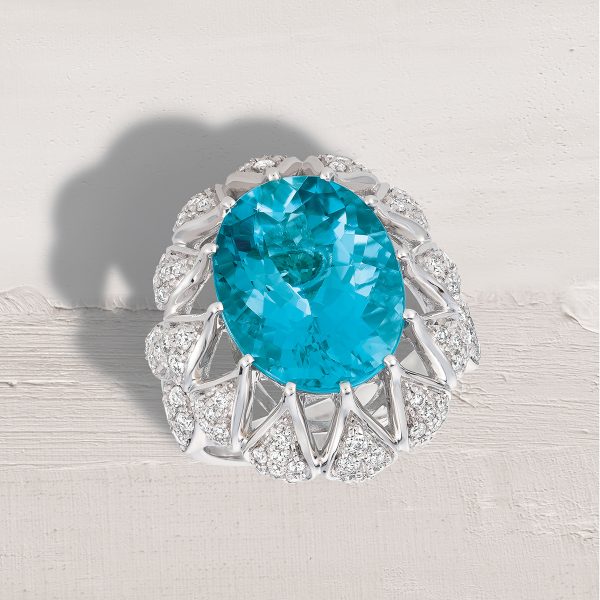 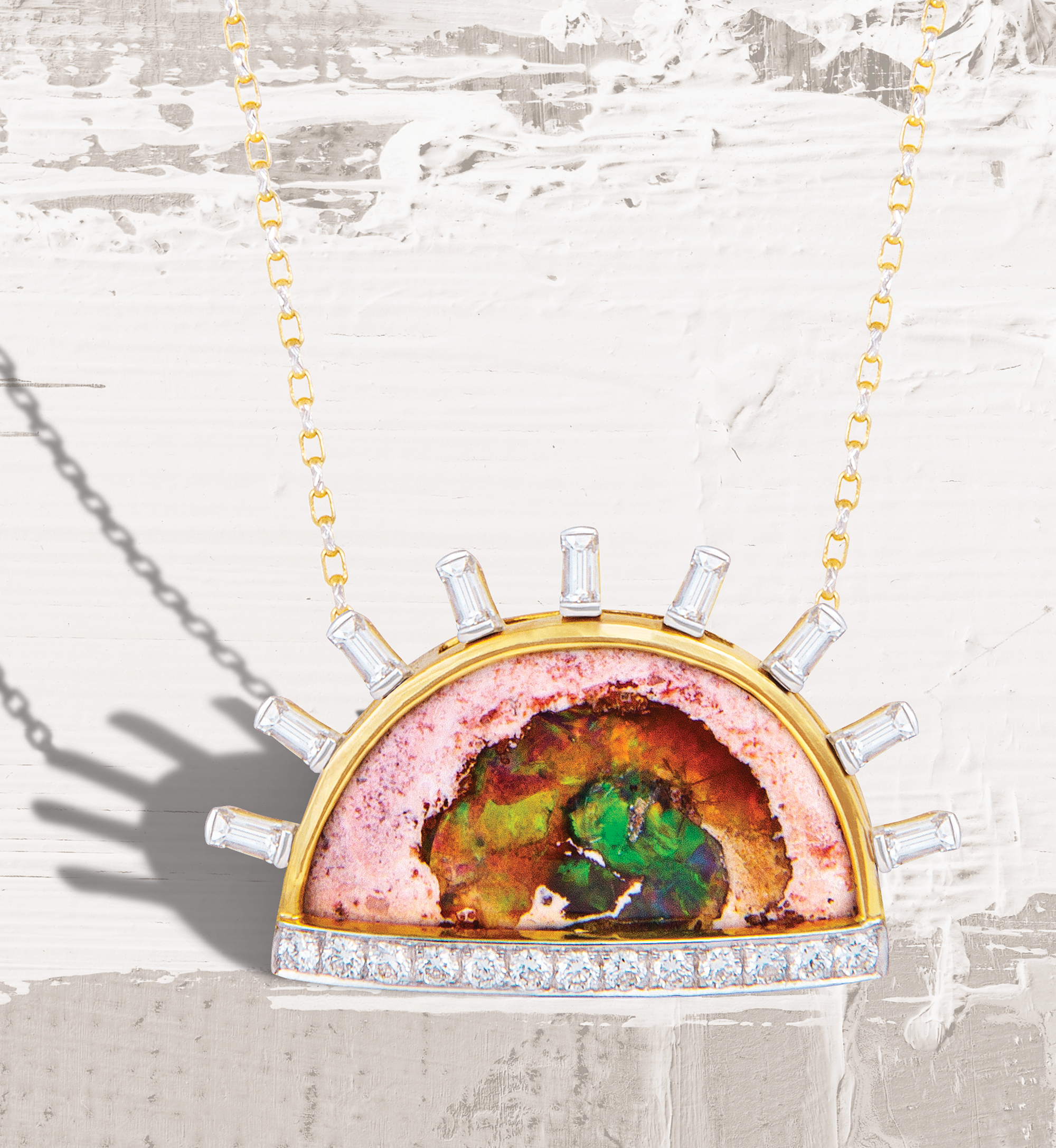 Retailers heading to JCK las Vegas are looking for edgy designers and lots of color. but, as always, they plan to keep fully stocked with classics like (say it with us!) diamond studs.

Americans seem to be in a sunny mood this year, and their appetite for fine jewelry appears to be on the rise. At the same time, there is also an underlying trend—small unpredictable swings at odd times of the year—that store owners are finding harder to explain. 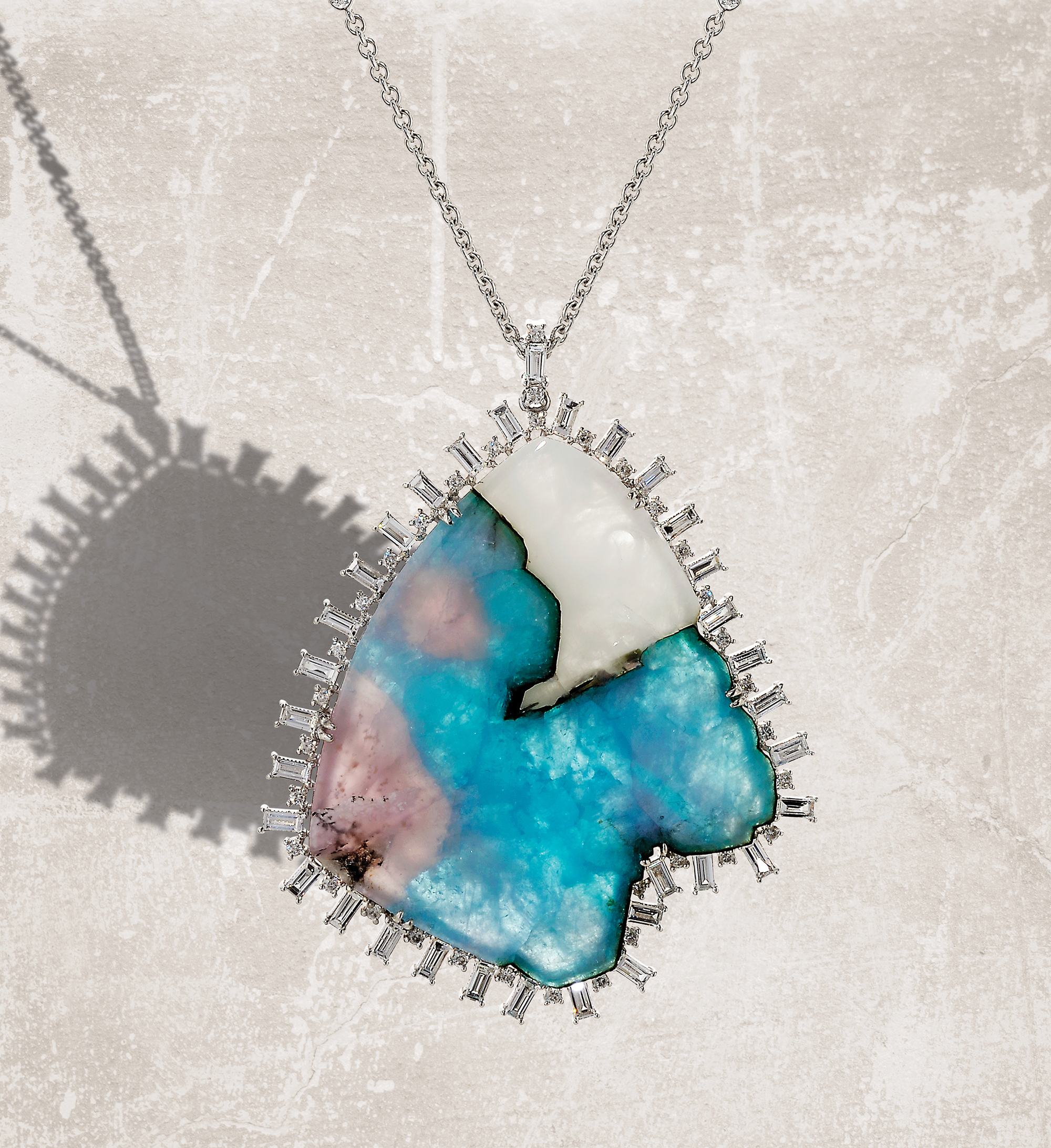 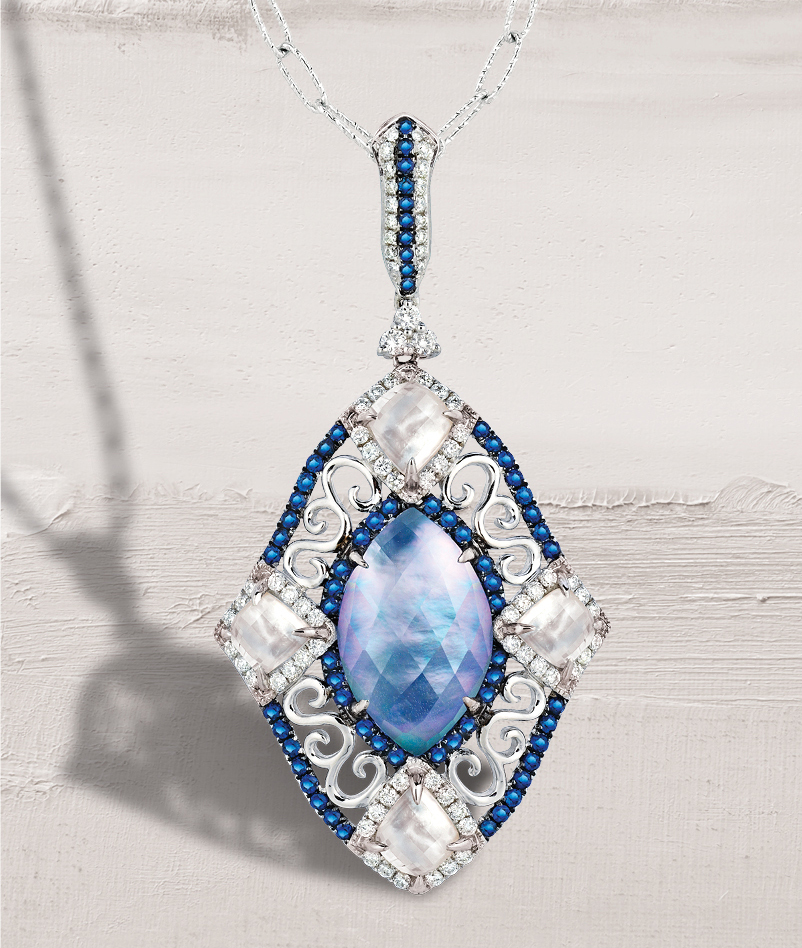 Ahead of LUXURY, which runs June 2–8, and JCK Las Vegas, June 5–8, both at Mandalay Bay Convention Center (a new, slightly later date pattern to account for the Shavuot holiday), JCK spoke with a handful of fine jewelry retailers across the country to take the temperature of the industry, assess what’s on buyers’ shopping lists, and divine their business forecasts for the second half of 2017.

Overall, the feedback was positive. A healthy stock market and low unemployment were listed as top reasons consumers are opening their wallets again for the many celebrations of life that fine jewelry marks. Retailers also said their businesses benefited from the conclusion of the presidential election last fall. 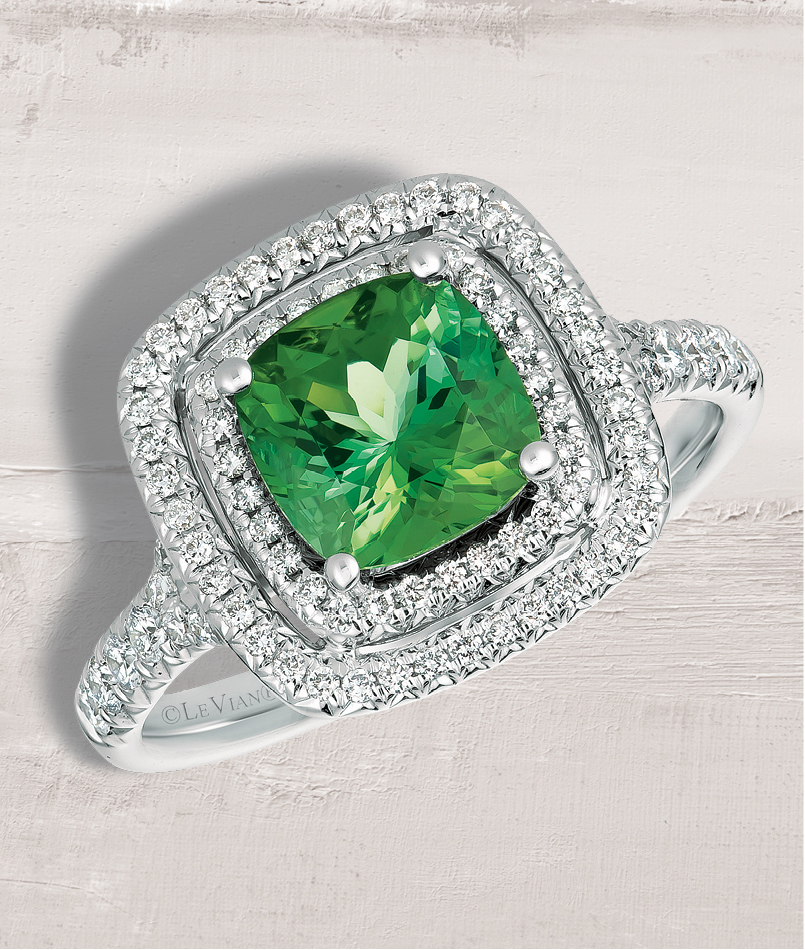 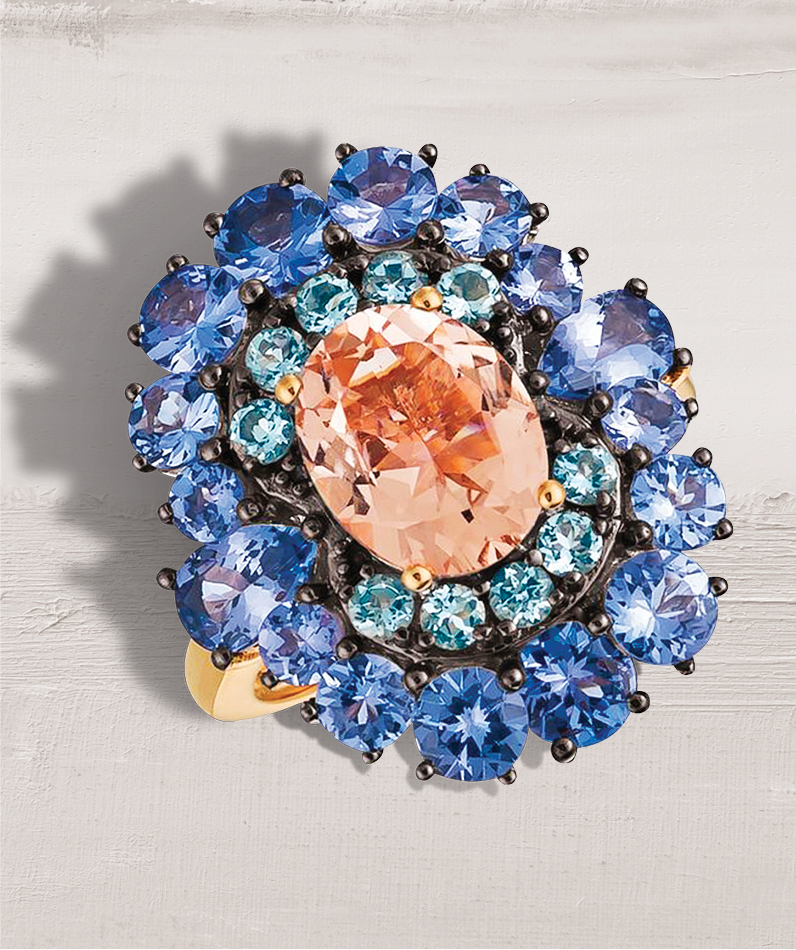 Van Alexander, the owner of Alexander’s Jewelers in Texarkana, Texas, saw it firsthand with an immediate uptick in business on Nov. 8. “We are in the South, pro-Republican, and very conservative,” he says. “All of my customers either own businesses or are officers, and they all feel like this administration is suited to a pro-business environment.”

In Las Vegas, Alexander plans to stock up on traditional ­bridal pieces, diamond earrings, and pendants as well as rubies, emeralds, and amethysts. He will also reorder his best-selling watch brand, Rolex. Alexander’s sells mostly pieces in the $5,000 to $7,000 range, followed by those tagged $3,500 to $5,000.

Gaston Private Jeweler, in Vero Beach, Fla., also experienced a bump thanks to Trump. “They’re all Republican, so they’re all happy,” says manager and buyer Lisa Servaites of her clients, noting that an average sale ranges from $2,500 to $10,000. She’s heading to the show to restock brands like Syna and A. Link. Itemwise, she’s looking for classics such as diamond studs along with more colorful and edgy pieces.

Economic indicators underscore retailers’ anecdotal feedback. As of press time, the U.S. Consumer Confidence Index had registered its highest level in 15 years, according to the Conference Board, which measured higher indexes in both January and February. Globally, the jewelry industry is expected to clip along at a brisk growth rate of 5 to 6 percent each year to reach a total of $265 billion by 2020, according to a McKinsey & Co. report.

“Consumer appetite for jewelry, which was dampened by the global recession, now appears more voracious than ever,” the report states. Brand names will become increasingly important in the coming years, according to the study, and online shopping will continue to climb. However, the report expects online sales of fine jewelry to top out at about 10 percent of the market, driven by most consumers’ need to touch and see expensive items at brick-and-mortar stores. Here, experience trumps convenience, and that’s good news for the future prospects of small fine jewelers. 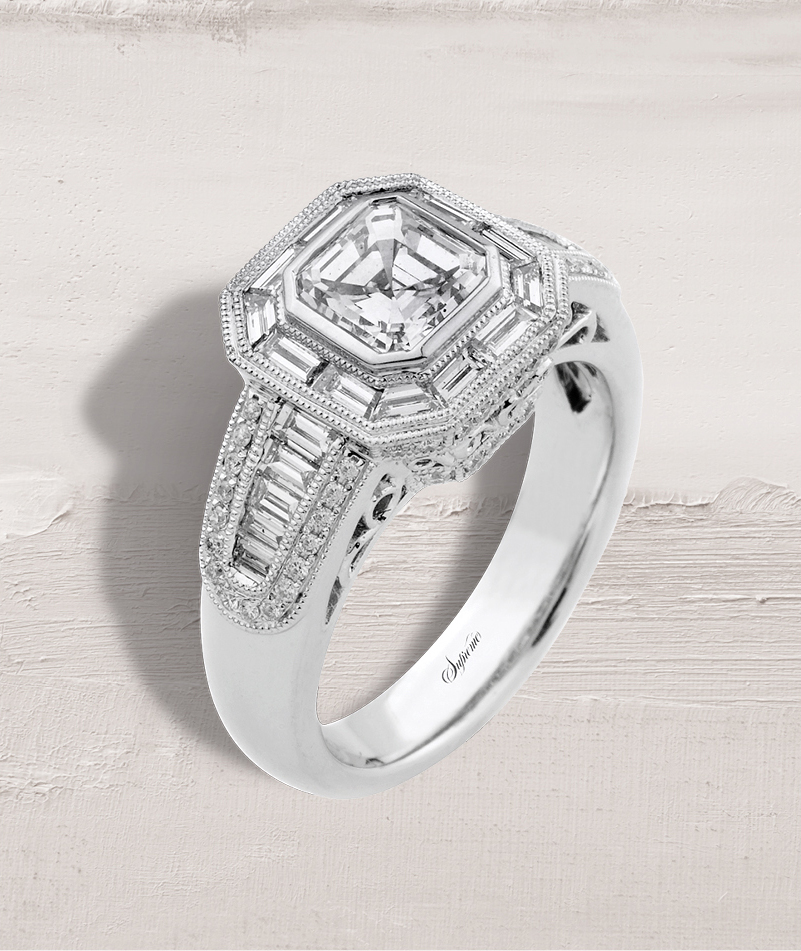 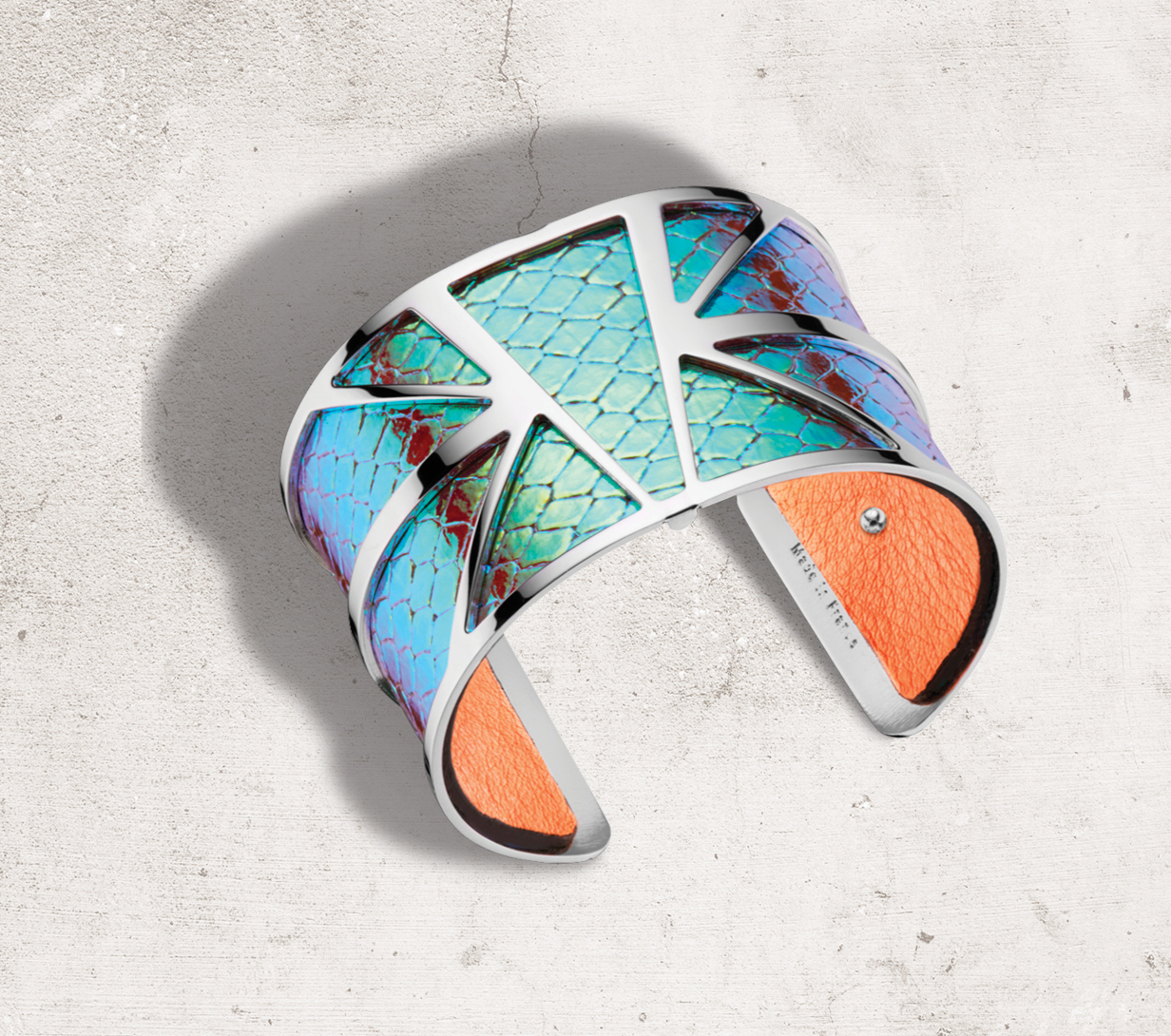 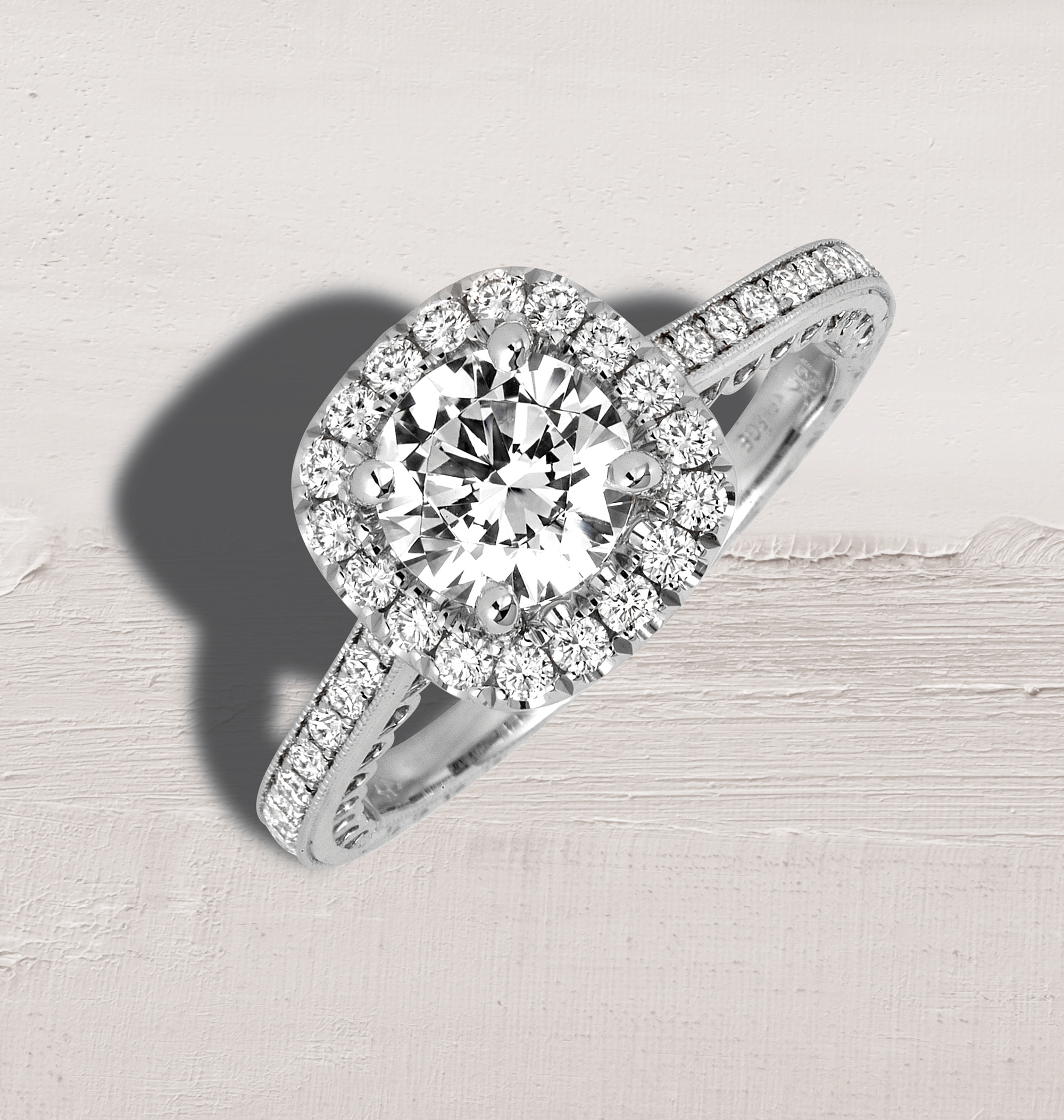 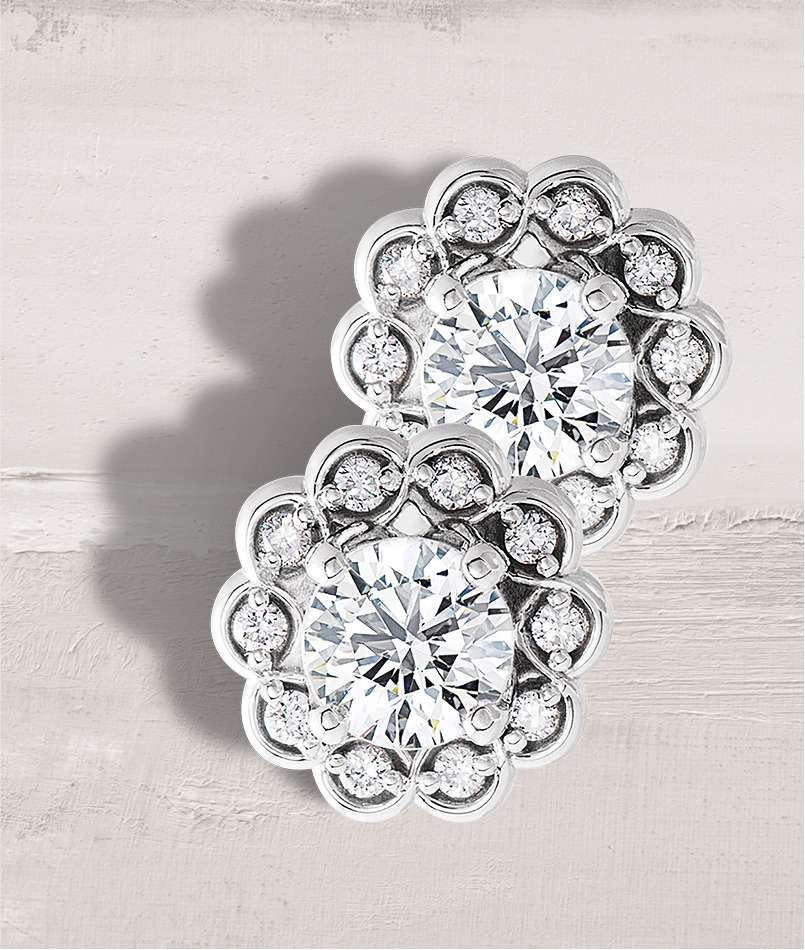 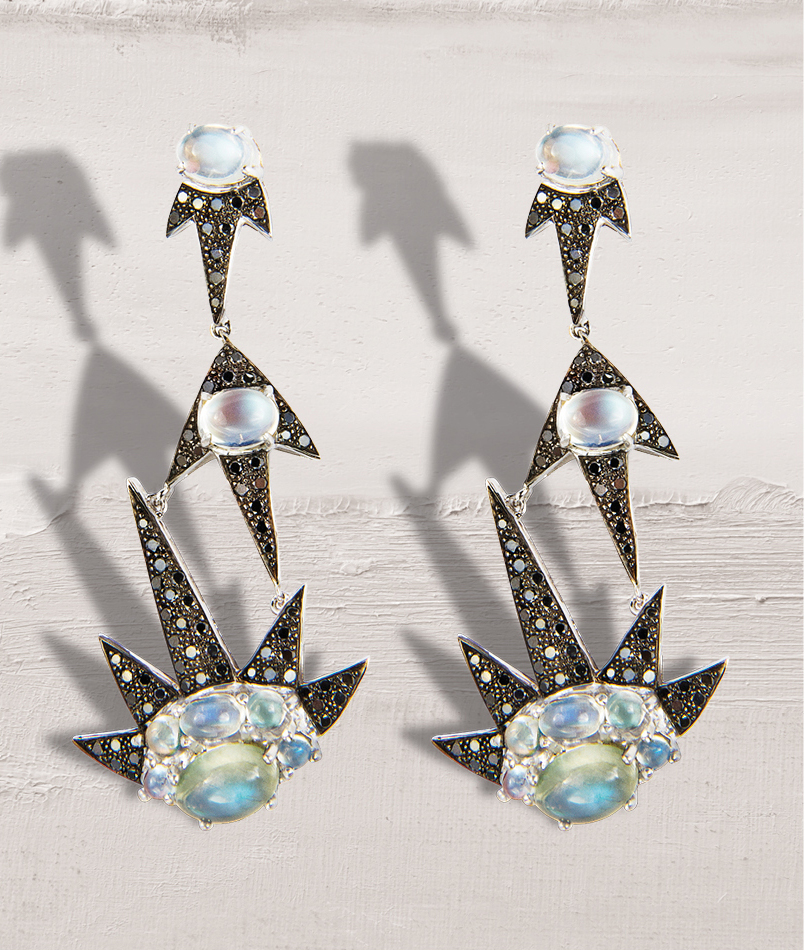 Tales of the Unexpected

While the overall picture is bright, some confirmed the aforementioned unpredictable spasms in business. In Washington state, Regina Hawkins, a sales associate at Fox’s Seattle, says that she’s heading to the JCK show with the hope of finding one-of-a-kind pieces and under-the-radar designers. “Business is growing, and the winter has seen an increase in foot traffic,” she says. “But the holiday wasn’t as great as we wished it would’ve been.”

Some trends are also catching retailers off guard. With two locations, one in Phoenix and the other in Scottsdale, Ariz., Michael’s Creative Jewelry is seeing more interest in colored gemstones and oversize fashionable pieces like cocktail rings. The latter trend, says Chris Boillot, owner of the stores along with his brother Michael Boillot, “really took me for a surprise. The minute somebody bought [an oversize piece], we’d replace it and it would sell.”

Tourmalines are currently “very hot” for the boutique, along with white gold and a few requests for yellow. The magic price points range from $1,200 to $1,700 for non-bridal items. “Personally, I’m guarded,” Boillot says. “December was about equal with the year before. I didn’t get that bump that I thought was going to be there. And then Valentine’s Day was the best we’ve had in eight years.”

Theresa Murphy, owner of Newstar Jewelers in Joliet, Ill., has also experienced swings. “We were actually down 25 percent or so at one point earlier this year, but it seems to have picked up some,” she says.

At the show, she plans to seek out new designers at lower price points as well as one-of-a-kind pieces. The store does well with brands such as Freida Rothman, birthstone jewelry, and semi­precious stones in the always-­popular blue and green range (e.g., blue topaz and peridot). At Newstar, the magic price point tends to hover between $2,000 and $3,000. 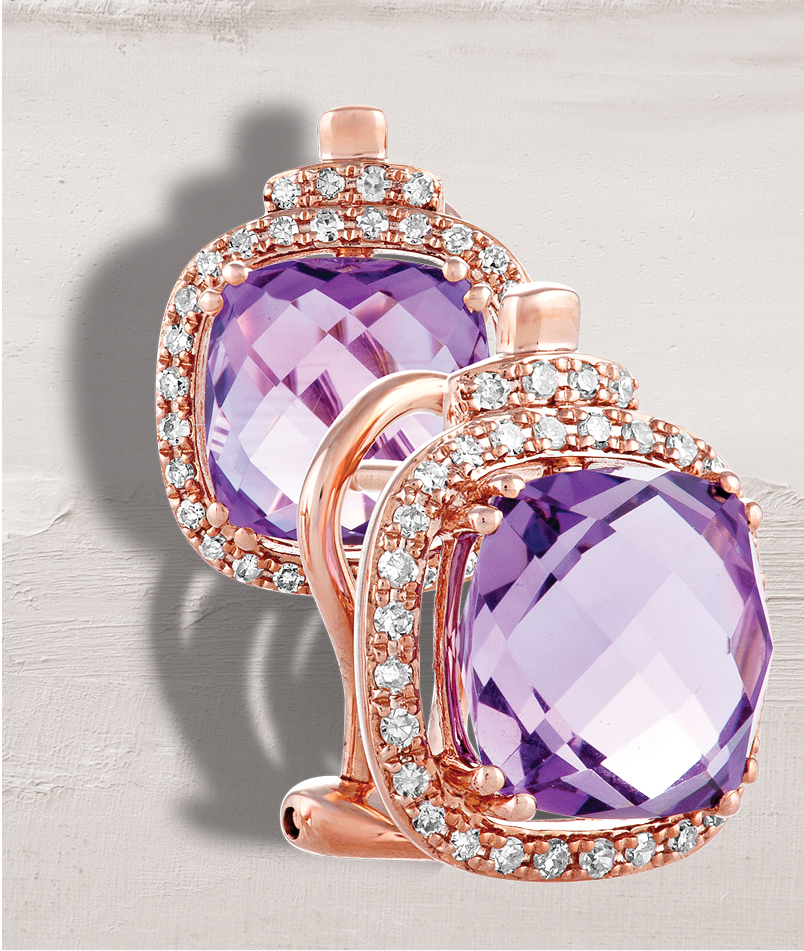 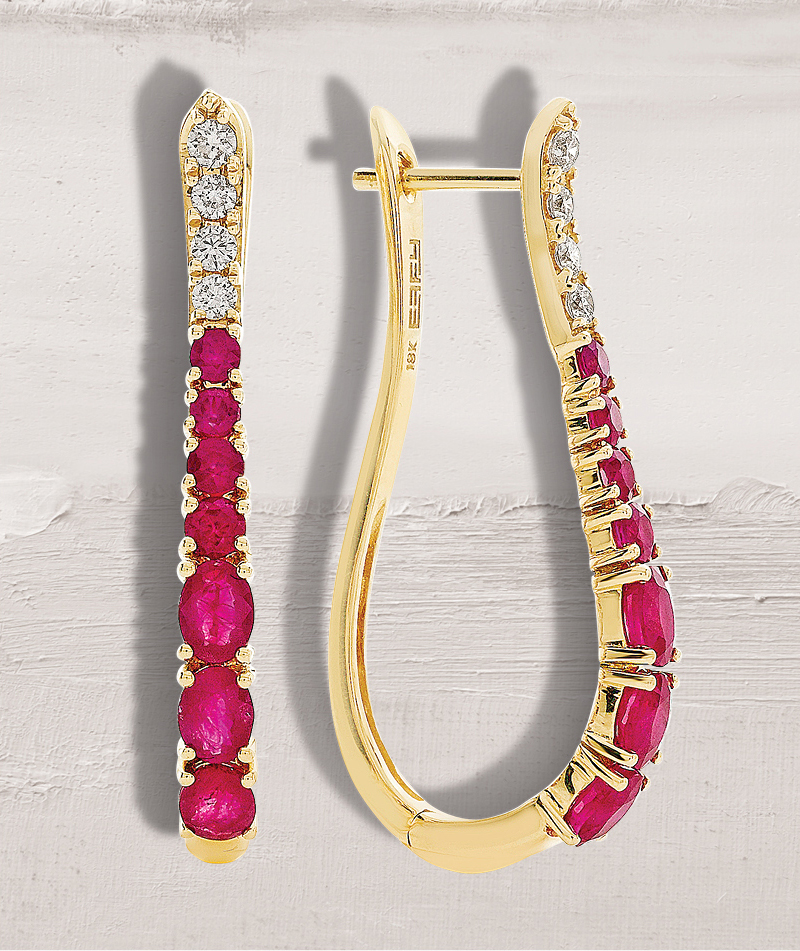 “I think the next couple of months are going to be crucial,” Murphy says. “If business stays on this upward trajectory, we’ll be a little more optimistic about buying for fall. If it stays the same, we’ll be more hesitant about investing in inventory.”

More often than not—and this is true even in the blue states—the story is one of optimism and healthy open-to-buys. Laura McConnell, co-owner of The King’s Jewelers in Walnut Creek, Calif., is heading to the show buoyed by a strong holiday season and good February sales. She will be on the lookout for up-and-coming designers, and has been doing well with diamond studs, colored stones, and opals, thanks to an unexpected surge of interest in those gems. In the color category, she says blues, such as sapphires and tourmalines, and greens, such as emeralds, do best.

“We do a gemstone roundtable, we invite clients, and it’s one of the year’s best events,” McConnell says. “We’re positive for the first quarter. I think people are tired of being thrifty. [They’re] thinking of the people they love, and want to show love through jewelry. We like to talk about joy a lot, whether you’re celebrating a new life, new lives together, or a life that has passed.”