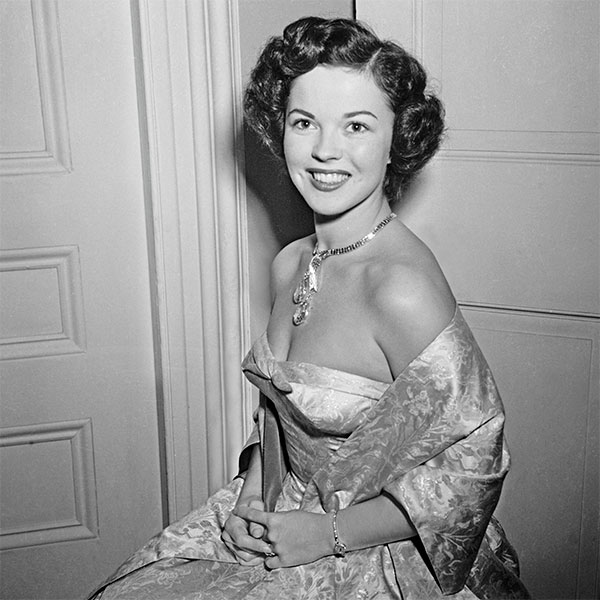 In 1951, Mrs. Charles A. Black, better known as Shirley Temple, was photographed wearing two identical pear-shape diamonds in a Harry Winston necklace as part of an exhibition to benefit the Washington Home for Incurables. Temple may have been all smiles, but those Indore Pears, like many famous diamonds, are shrouded in mystery and misfortune. They were originally the property of the Maharaja of Indore, Tukoji Rao Holkar, a colorful man of excess who was thought to have been behind the Malabar Hill murder in Bombay, India, in which he allegedly killed his concubine’s lover. Never admitting to the crime, the maharaja was forced to abdicate the throne in favor of his son and flee the country. While traveling in Europe, he met Nancy Ann Miller, a rich American who embraced Hinduism and became the Maharani Sharmistha Devi Holkar. He gave her the pear-shape diamonds as a wedding gift; she wore them as earrings and on a necklace on many occasions. Alas, the marriage didn’t last. In 1946 Harry Winston bought the diamonds, weighing 46.95 and 46.7 cts. He had them recut to 46.39 and 44.14 cts. and fitted into the necklace Temple modeled. Geneva jeweler Robert Mouawad has owned the pears since 1987.