Years before there was a viable market for previously owned luxury watches, Danny Govberg was enthralled with them. The CEO of Govberg Jewelers and cofounder of the e-commerce platform ­WatchBox took an interest in secondhand timepieces in the early ’80s, mainly as a way to stand out in his family’s crowded Philadelphia-based jewelry business. “If someone came in to buy a diamond, it would be my dad, then my grandmother, then my grand­father—I would be something like fifth in line,” recalls Govberg with a laugh.

Today, the retailer is one of the world’s most experienced dealers of used watches. With WatchBox—which functions as Govberg’s pre-owned retail arm but is technically a separate business—he’s helped build the ultimate one-stop shop for watch enthusiasts. Through the omnichannel platform, which includes a by-appointment store in Philadelphia, consumers can trade, buy, sell, and research pre-owned (mainly Swiss) watches.

“Most retailers can only sell you a new watch,” Govberg says. “And this doesn’t make sense. You’re not told at a car dealership, ‘The only thing you can do here is buy a new car.’ We do it all, and we’re the best at it.” 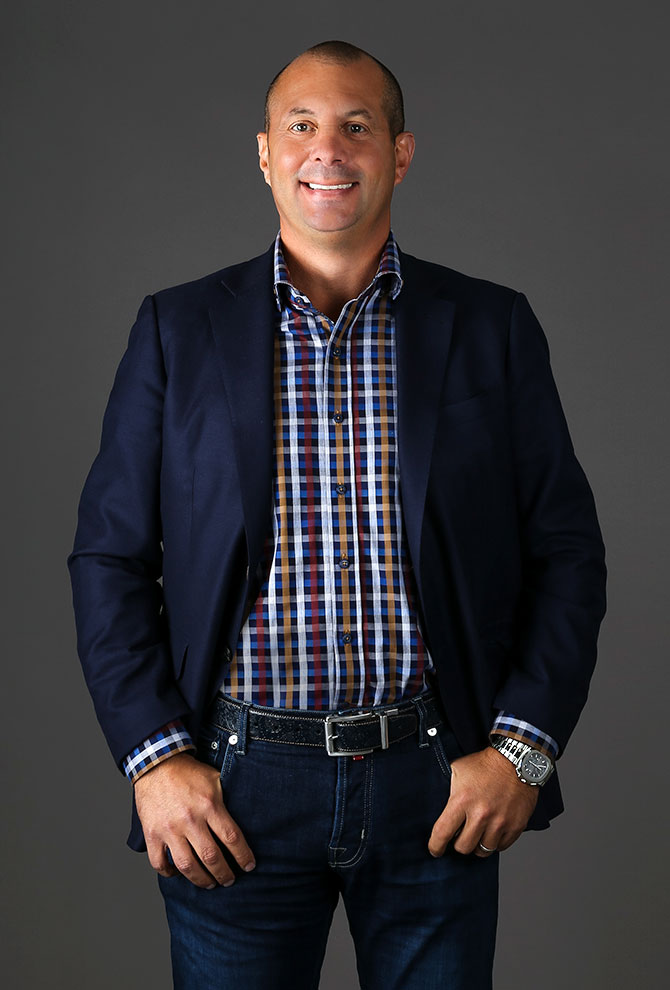 Your family was in diamonds for generations. How did you get going with watches?

In 1983, I went to a couple of shows, and I eventually became a dealer for Vacheron Constantin, Rolex, and a few others—and I was buying watches from the ’50s to the ’80s. Back then, it wasn’t as hard to get watches. Now you could go to a top watch brand and you may never get it, or you’ll have to wait 10 years.… I was getting brands in 1985, back when IWC was distributed by a gold manufacturing company.

WatchBox accounts for roughly 60 percent of your total business. To what do you attribute its success?
Customers want to be able to buy, sell, and trade their timepieces with very little friction, and we let them do that. Before, it just wasn’t easy to sell or trade pre-owned watches, so they sat in drawers. Now that it’s easy to do, it’s like oil gushers are coming out of drawers. Women have always been able to sell gold, but men haven’t been able to sell with confidence before. As Swiss watch brands exploded, selling new and pre-owned watches became easier—you don’t need to be a genius to sell Patek Philippe. I mean, so many retailers make their living on Rolex’s back, and because of that they have not had to innovate. Our pre-owned watches are like new—they’re in mint ­condition—and come with a 15-month warranty. We’re a service center for Breitling and Patek Philippe. People have trust in the fact that we’re bringing these watches back. Watches have to work, not like jewelry. Which is why a ­platform like The RealReal doesn’t work as well for watches.

Where do you see the pre-owned watch category going in the future?
The whole craze for pre-owned luxury watches is just growing. No one ever throws out a Rolex, so every year it’s like a certain amount of watches enter the world…and the world just has to eat them. Pre-owned has a very healthy future. It’s been growing at 35 percent every year for us.

You were one of the first sellers of pre-owned luxury items in the e-commerce game. Have you always prioritized technology?
Definitely. I was always into technology. And around seven years ago, I started to realize that technology is going to change the game. So I made a decision then to understand eBay and certain other online forums. Then we started to really invest in tech—apps, social, e-commerce.… The journey [for customers] starts at Google now, people doing a Google search for a product. Which is why we spend over $2 million a year on pay-per-click just with Google. We try to get people to begin their journey with us. A lot of retailers and brands are saying, “This thing called the internet, you must do something about it; this hurts us and it’s getting in our way.” But the internet is not going away, so we’ve taken the approach of embracing technology. What I’d like to say is “Thank you, thank you, thank you for the opportunity to embrace the internet.” There’s plenty of room for all kinds of retailers to do great things, but they can’t hope that change is going to come. They have to make change come.