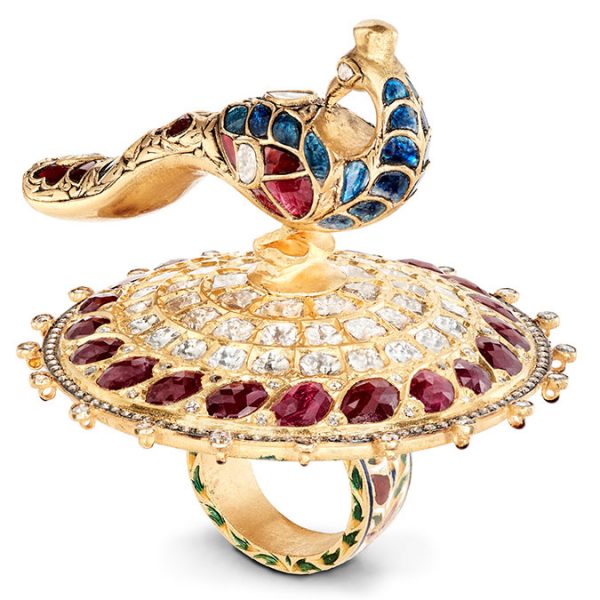 Peacocks are a signature motif for Sanjay Kasliwal, the Jaipur, India–based jewelry firm named for its founder, an eighth-generation member of the family behind the city’s venerated Gem Palace. Shalini Kasliwal, Sanjay’s daughter and the firm’s North American president, helmed the creation of this particular peacock after falling hard for “the intricate structure of it,” she says. The ring is actually a slightly updated reproduction of one of Sanjay’s earliest designs, with its motif and lines “rooted in traditional Mughal Empire style.” PHEASANT THOUGHTS The piece was made at the Gem Palace workshop in Jaipur, and Shalini recalls that the biggest challenge in its creation was “balancing the weight across all the elements. The structure had to be perfected several times. It had to be truly wearable.” FEATHER WEIGHTS The 22k yellow gold ring features 15.45 ct