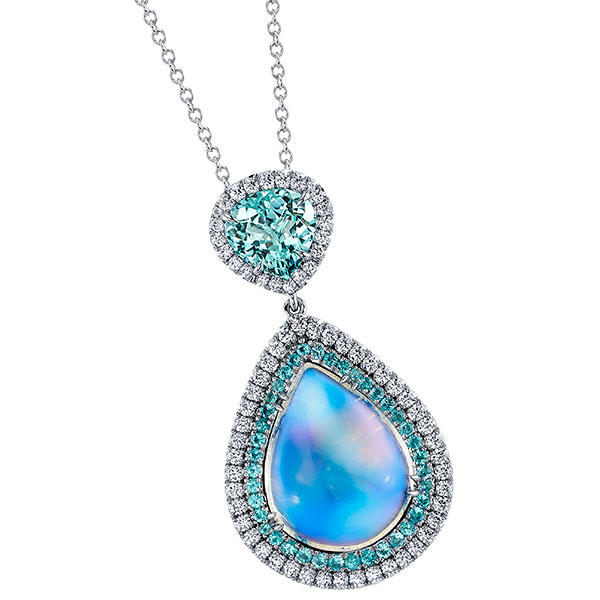 Buyers looking for insights on emerging trends in the COVID-19 era got an earful during the JCK Virtual show, held online Aug. 10–14. In a series of video talks hosted by JCK editor-in-chief Victoria Gomelsky, medallion necklaces, talismans, beaded jewelry with bold and bigger stones, custom designs, and pearls were cited as top sellers for the holidays. “People want jewelry because they know it will last forever,” said longtime JCK contributor Randi Molofsky, cofounder of the brand development agency For Future Reference. “And it will help them commemorate this moment in time.” Even if that means countering our collective gloom with all the bright, “nonnatural colors” appearing on the market, said Marion Fasel, founder and editorial director of The Adventurine. “At first I thought, What the heck?” she said. “Then I thought, I really want that.” 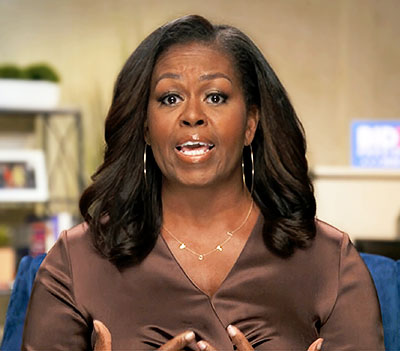 Former first lady Michelle Obama made waves on the opening night of the Democratic National Convention in August not only with her speech but also with her choice of accessory. Wearing a gold chain necklace composed of four letters spelling Vote, by Black-owned Los Angeles jeweler ByChari, Obama sent a powerful message that had jewelry lovers around the country scrambling to place orders. Available in 14k yellow, white, or rose gold, with large letters or small, with diamonds or without, and in three lengths, the delicate piece is the very definition of statement jewelry. 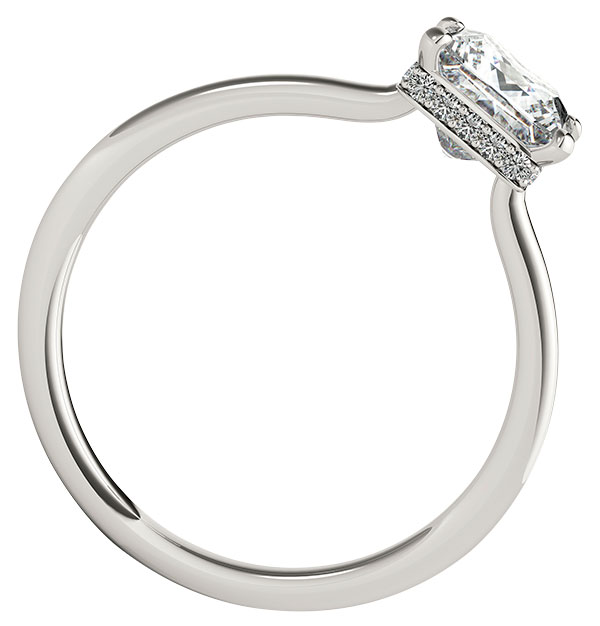 The GIA’s grading lab has issued reports for lab-grown diamonds since 2006. But some feel it’s never truly graded them until now. In August, the institute said it would issue full color and clarity grades for man-made stones for the first time ever. (Previously, the lab included only info on color and clarity categories.) GIA president and CEO Susan Jacques calls the digital-only reports a response to consumer demand. “We want to make sure that consumers are educated,” she says. “As consumers adopt this new category, it’s important that we evolve with them.”

Lord & Taylor looks like it’s dead and buried. In August, the 194-year-old chain announced plans to shut all its stores, less than a month after it had filed for Chapter 11, and less than a year after it was purchased by Le Tote (which will also shutter). Bankruptcy papers cited the strain of the pandemic, which forced the temporary closing of its 38 stores. Retail watchers noted that Lord & Taylor had been troubled for some time, like many of its department store brethren. As Helena Foulkes, former CEO of previous owner Hudson’s Bay, put it last year, L&T has “amazing loyalty among the people who shop there. There just aren’t enough of them.” 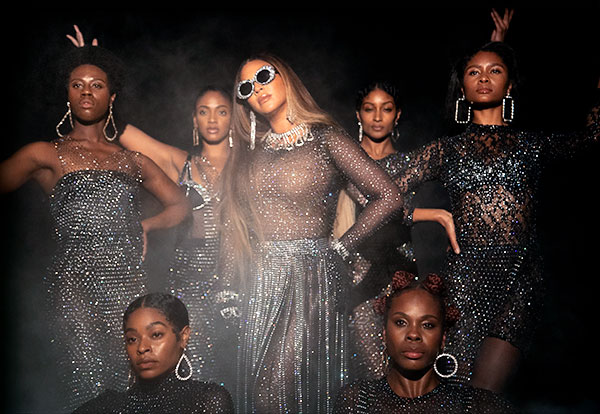 Beyoncé’s Black Is King visual album—an expertly conceived and gorgeously produced ode to Black heritage—dropped July 31 on ­Disney+, delivering a number of career-high moments for the indie jewelry- and accessory makers who contributed (and were commissioned to make) special pieces for the project. Metal designer Laurel DeWitt and jewelry designers Dynasty and Soull Ogun of L’Enchanteur, Lorraine West, Ariana Boussard-Reifel, and A-Morir Studio’s Kerin Rose Gold worked with Bey’s stylist, Zerina Akers, to enhance the already jaw-dropping costumes. “When Beyoncé wears my jewelry, it has far more impact for the brand than any other placement,” says Boussard-Reifel. “It’s not just the level of celebrity that she brings. She shows that jewelry’s not just decorative. It’s an emblem of power.”