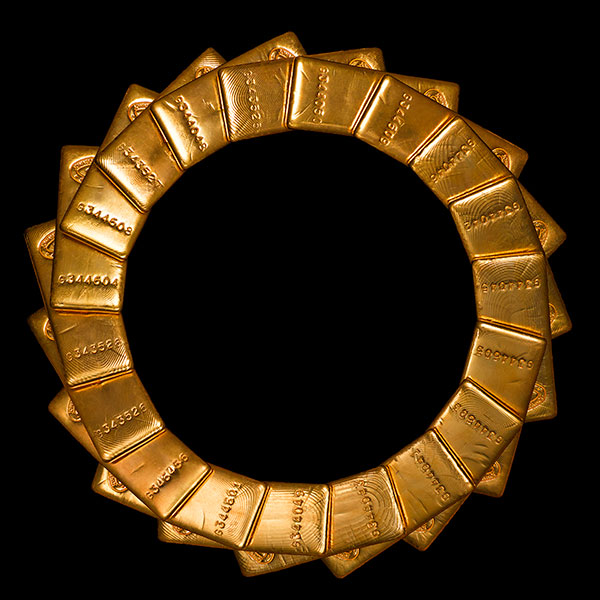 Is the falling price of gold a crisis, an opportunity, or a draw?

In the summer of 2011, the price of gold shot to an all-time high of $1,900.30 per ounce. Most of us can remember the feeding frenzy that had been going on since prices ­began to rise in 2008: Cash-for-gold businesses sprouted up like mushrooms ­after a thunderstorm, jewelry owners across the country hosted cocktail parties to trade in unwanted baubles for extra spending ­money, and investors, considering gold a fantastic hedge against debt issues in the United States and Europe, dove right in.

Back then, many pundits called the spike a bubble and, indeed, it was. Today, the gold price hovers around $1,200—not nearly as attractive to investors as the strong dollar or the surging U.S. stock market. In fact, within the past six months, the price of gold has decreased 13 percent from a high of $1,353.20 in March to a low of $1,173.70 in August, according to Kitco, which tracks daily prices.

Which raises the question: How is the falling price of gold ­affecting fine jewelry and the industry at large?

First, some background: Aside from our innate attraction to its shiny allure—ask any infant who instinctively grabs his ­mother’s hoop earrings—gold has been used as funerary adornments for pharaohs of ancient Egypt, served as currency for the ancient Greeks and Romans, and, beginning in 1792, directly backed the U.S. dollar (along with silver). All of that ended in 1971, when President Richard Nixon halted the dollar’s international convertibility to gold, along with its fixed exchange rate of $35 an ounce, and let it float freely. The idea was to prevent an international sell-off of foreign-held U.S. dollars for gold and stave off domestic inflation. But it became known as the “Nixon Shock” felt by everyone in fine jewelry.

Mark Clodius, who along with his wife, Monika, owns Clodius & Co. in Rockford, Ill., was just starting out as a ­jewelry-maker in the 1970s and remembers the price of gold soaring to hundreds of dollars within the decade. “I remember the headlines,” he recalls. “They asked, ‘Who will ever buy gold again?’ ” In the end, however, gold maintained its importance as it has for centuries; prices have fluctuated based upon world events ever since.

Cut to today. David Govett, head of precious metals at Marex Spectron, a London-based commodity broker, explains the lackluster interest in gold on the part of the investment community like this: “The demand for gold traditionally goes down as the [U.S.] dollar goes up,” he says. “If the dollar goes down, the more money gold pulls in. There is general disappointment in gold as an investment. There was a lot of saber rattling at the beginning of the year—Russia, Korea, President Trump—[saying] gold is considered a safe haven in times of uncertainty. But as we all know, the U.S. economy is on track, and gold has really given people no reason to want to invest in it. You can find better ­places to put your money.”

The investment community is one thing. But when it comes to the fine jewelry industry, that’s another. What we know, so far, is that falling gold prices have claimed one sector as a casualty: cash-for-gold businesses. Steve Madar, director of gold buyer TruVal, located in the Diamond District in New York City, estimates that 80 percent of his cash-for-gold competitors have gone out of business in the years since gold prices have leveled off. “In August of 2011, there were lines out the door, and we weren’t the only ones,” he recalls. “But it became obvious to me that if competitors were not 100 percent focused, they would disappear.”

Madar says he has been able to stay in business by giving customers superior value to ensure their repeat business—even at the risk of making less profit. And diversifying into loose ­diamonds, silverware, luxury watches, and designer jewelry has made gold is less of a make-or-break commodity for TruVal. 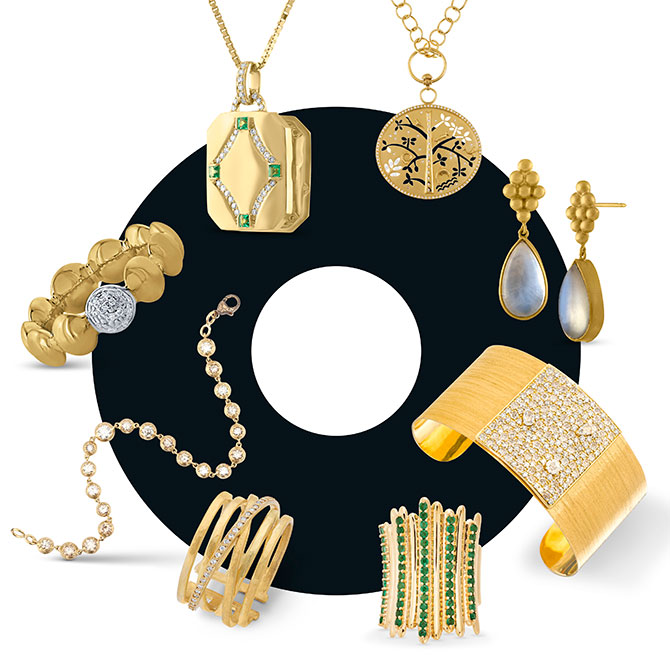 According to anecdotal evidence from fine jewelry retailers across the country, the falling price of gold has had little effect on their businesses, either adversely or favorably. Jewelers explain that when you factor in labor and manufacturing costs, the price of the material itself is perhaps a quarter of the cost of each individual piece. So, even if the price of gold fluctuates by a few hundred dollars over the course of months, the end result for retailers is negligible. Moreover, retailers report they aren’t adjusting prices.

“I don’t ever re-mark [gold] jewelry,” says Bill Bennion, owner of Bennion Jewelers in Salt Lake City. “Unless it goes up sky-high, I won’t regulate it a heck of a lot.” Customers have been buying gold earrings, bracelets, and chains, Bennion adds, but demand for gold is dormant compared with such staples as stackable diamond rings and inside-out diamond hoops.

Consumers aren’t radically altering their gold-purchasing ­activity either. “It hasn’t affected us, and consumers are not aware,” says Ashley Stegall, marketing coordinator of Peoria, Ill.–based Bremer Jewelry (and daughter of owners Craig and Ronda Daily). “No one has walked in asking about it. Our pricing has not changed really. We do our own mix of custom-made, repairs, and branded jewelry like Hearts On Fire, Le Vian, and Shinola that places value on design rather than its weight in gold.”

Clodius, who’s in the business of buying and selling gold, says, if anything, he has seen business cool off in the past few years. “We were doing millions of dollars’ worth of volume, and now we’re doing hundreds of thousands,” he says, noting customers are primarily interested in white gold. “That’s still a good business,” he adds. “The best thing is to have prices relatively steady, and we’re not seeing wild price fluctuations.”

Aaron Peñaloza, co-owner of C. Aaron Peñaloza Jewelers in San Antonio, also sees a waning interest in gold on the part of consumers. “Gold is still expensive for what people are willing to spend,” he says. “You could buy a motorcycle for the amount that you’d pay for a gold necklace and matching bracelet. Young people don’t put as much importance in jewelry as their parents did. They didn’t grow up wanting it. The gold jewelry we are selling to young people is pretty lightweight, and a lot are buying silver. But maybe that’s a way to ease them into it.”

Milton Pedraza, founder and CEO of the Luxury Institute in New York City, agrees that jewelers are not dropping prices, while some are enjoying healthy sales growth. “There’s demand for gold jewelry out there,” he says. “It’s not crazy, but it’s solid enough. And people are going to enjoy the margins while they last.”

In the end, whether prices soar or plummet, interest ebbs or flows, history tells us gold will continue to hold sway over ­humanity. “Gold will always retain its allure,” Govett says. “If I bought my wife a copper bracelet as opposed to a gold bracelet, I don’t think she’d be happy with me.”