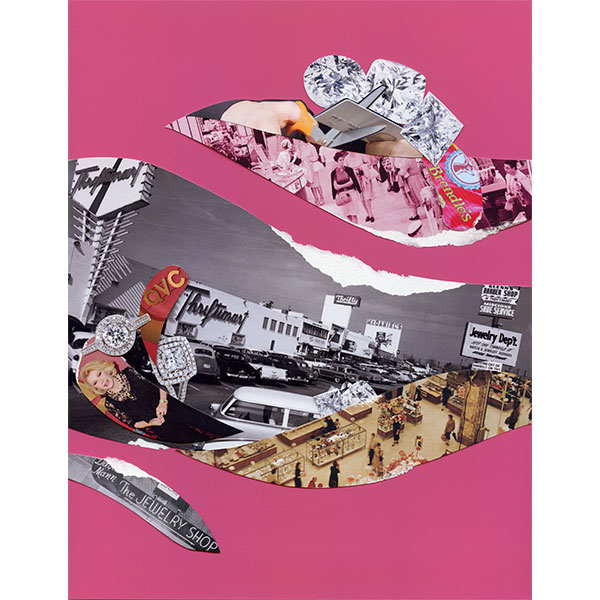 When the American Horological Journal and The Jewelers’ Circular, the two earliest predecessors to JCK, debuted in 1869 and 1870, respectively, consumers could buy jewelry from one place and one place only: jewelry stores. Then came department stores—retail behemoths with big footprints, big budgets, and a big selection of just about everything.

“The department store extends its arms out into every industry like a mighty octopus,” wrote The Jewelers’ Weekly in its May 15, 1895, edition. (The magazine was acquired by the Jewelers’ Circular Publishing Co. in 1900.)

Griped one jeweler in the following issue: “The honest and conscientious jeweler cannot compete with the department store…unless he ­condescends to buy the worst rubbish he possibly can, and then by glaring, ­misleading, and deceptive advertisements, with misrepresentation and lying behind the counter, make the public believe he is really selling a gold dollar for 49 cents.”

By the 1900s, the competition wasn’t just department stores, but discounters who offered deals and percent-off pricing.

“There is probably no question…which ought to be of more interest to the retail jeweler than the ‘price cutting’ problem,” said a letter to the editor dated Nov. 15, 1908. “[It] seriously affects the very existence of the honest jewelers.”

The answer, The Jewelers’  Circular-Weekly decided, was not to tout prices at all. “We do not believe in any retail jeweler who is doing a legitimate business advertising prices, other than to give a range of prices,” the magazine declared on March 18, 1914.

In the 1930s, jewelers were faced with ­another question: As the Depression loomed, how much credit should they offer?

“Jewelers who may at present be doing business on a cash basis [should] hesitate and consider well before jumping into the credit business,” wrote J.P. Kennedy, vice president of the Bank of Italy, in an ­October 1930 article. “The great economic problem in this country today is, ‘How far can we go in mortgaging the future for the wants of the moment?’ ”

After World War II, America’s suburbs grew, and so did shopping centers that catered to the nation’s burgeoning middle class.

“Should we open a branch in that new shopping center?” asked a cover story in March 1958’s Jewelers’ Circular-Keystone. “That’s a question a lot of downtown ­jewelers are asking these days.” The piece said suburban jewelers tended to offer “same variety but lower quality” and the clientele was “more casual and relaxed.”

Jewelers’ views of department stores also seemed to relax. According to the ­magazine, those stationed in shopping centers looked at them less as competitors and more as beacons. “[They] draw traffic to a one-stop shopping center, and jewelers reap the benefit,” wrote the magazine.

A 1966 survey found jewelers feeling more secure—at least by jeweler ­standards: “The anguished cries jewelers were making a couple of years ago about unfair competition from discount stores and the like should finally be put to rest,” wrote the magazine. “The department store is the only major contender for sales, and then mostly in lower-end lines.”

The sense of calm didn’t last. In January 1973, JCK’s retail panel expressed growing trepidation about catalog showrooms—the “jewelers’ latest bogeyman.” Also on their minds was an unlikely competitor: credit card companies, which were including offers for watches or ­jewelry with their monthly bills.

In 1976, one particularly peeved jeweler sent Jewelers’ Circular-Keystone a copy of the letter he wrote to his credit card company, ­protesting that its monthly bill contained an ad for a watch. “I am a jeweler and very proud of it,” he told Gulf Oil. “Since my livelihood depends on selling watches, enclosed you will find (in three pieces) my Gulf credit card.”

They also fretted about street vendors, who were then proliferating in major cities, offering a wide variety of items, including jewelry. “The sky is their only overhead,” a jewelry store owner grumbled in 1976.

By the 1980s, jewelers again felt that they had protected their niche. “[The] jewelry offered in many guild stores isn’t carried by the mass merchandisers,” wrote Jewelers’ Circular-Keystone in June 1983. “They do not compete directly for the same customers.”

But then came a new challenge: TV shopping networks, which in their early years were heavy sellers of jewelry. A 1999 JCK survey found that some 60% of consumers ages 35 to 44 bought jewelry on a shopping network. And while the channels soon shifted their focus to other items, their model of all-day interactive commerce set the stage for a more serious enemy, one that jewelers are still grappling with today: the internet.

In 1999, with e-tailing still in its ­infancy, JCK talked to a small group of pioneers that were selling valuable diamonds and jewelry online and finding surprising, if limited, success. “Despite all the hype over the Internet, for now ­Web-based diamond selling is more of a sideline than a full-fledged business,” said the article. “Most of the ­companies ­running Web sites are connected to ­another, ­related business, be it a ­traditional retail store, ‘upstairs’ operation, or insurance replacement business.”

Five years later, jewelers felt the competition more keenly. In 2004, one jeweler said she would boycott companies that did business with online retailers, ­complaining they were operating on a 2% to 4% margin. “I don’t know about you, but I couldn’t stay in business with a 2–4% profit,” she told JCK. “We are up against people who don’t own the diamonds, who don’t charge sales tax, who are probably sitting in their pajamas. We don’t think that’s fair.”

Two years later, e-tail had outgrown its pajamas phase and had become more professional—with Blue Nile in particular emerging as a jewelry bête noire. “I know retailers who have told me flat out, I’m still struggling with how to deal with [it],” analyst Ben Janowski said in a 2007 article.

Yet some retailers told JCK they had developed a suite of strategies to combat the new foe, including improved service, a better in-store experience, and stocking of proprietary items. As it turns out, these were almost the exact same methods 1970s jewelers told us they were using to battle catalog showrooms.

The bottom line: As much as jewelers pine for the good ol’ days, they have always faced threats—and have generally triumphed over them.

In 1973, Jewelers’ Circular-Keystone editor Donald McNeil took stock of jewelers’ gripes about catalog showrooms—a format that would be dead within decades—and predicted that jewelers would “survive their current ordeal.” That is, he wrote, until the 1980s, when they would face “another end of the world.”