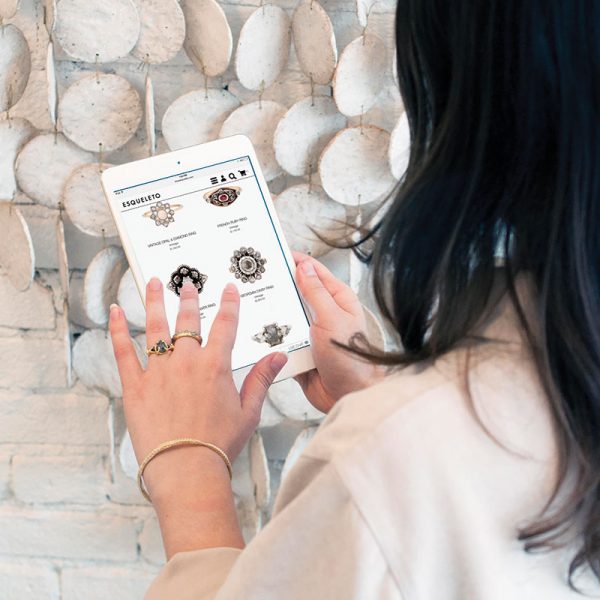 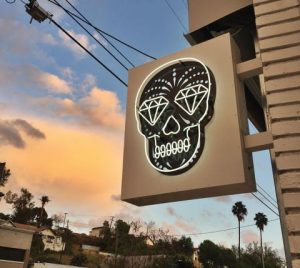 Think of any one of today’s top consumer brands as a cyclone—a churning, whirling cone encircling its target demographic. Whichever way a consumer turns—to a phone, a local shopping center, or a laptop—that brand is there, offering an attractive opportunity to engage and interact.

That vigorous, swirling effect is more commonly known as omnichannel retailing, which has come to define a multichannel approach to sales that seeks to create a seamless shopper experience between digital and physical retail environments.

The effective omnichannel retailer boasts a high-functioning and well-trafficked e-commerce site with an equally strong mobile component (also shoppable, naturally). The retail business uses social media to solidify its branding and drive purchases both online and in-store. And it views brick-and-mortar as not simply a place to make sales, but also as a continuation of its virtual footprint in the physical world.

In their quest to embody the so-called omnichannel ideal, online giants such as Amazon open brick-and-mortar locations, and independent retailers do deep dives into e-commerce and social selling.

For retail jewelers looking to grow in 2017 and beyond, the multipronged approach is no longer optional. Companies with omnichannel customer engagement strategies retain 89 percent of their customers, compared with a 33 percent retention rate for those with “weak omnichannel customer engagement,” according to a report published by data, analytics, and content consultancy firm Aberdeen Group in 2016. And 72 percent of digital shoppers consider the physical store to be the most important channel when making a purchase, according to the report. They want it all, and they want it now.

Is your company on the road to omnichannel greatness? Check out how these three next-generation jewelry retailers and industry thought leaders have cultivated their very own mighty cyclones. 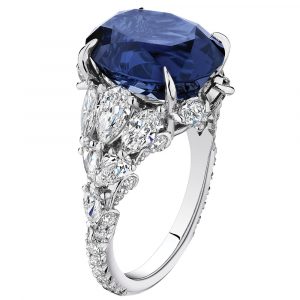 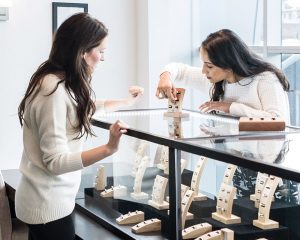 Few jewelry brands feel as authentic (and primed for millennial consumption) as Brilliant Earth, the San Francisco–based philanthropic company founded in 2005 by Beth Gerstein and Eric Grossberg as an online-only retailer of ethically sourced diamonds. The brand now has four brick-and-mortar showrooms after opening a shop in Chicago late last year (the other locations are in San Francisco, Los Angeles, and Boston).

The brick-and-mortar growth “has been a great success for us,” says Gerstein, adding that consumers typically end up shopping in-store after engaging with the brand online or on social media.

Though the four showrooms offer walk-in service, most engagement ring buyers make an appointment and pre-shop online before heading into a store. When they finally enter the brick-and-mortar spot, they’re met with messaging and visuals that bring the brand’s website and social media to life—and then some.

“Showrooms allow customers to engage with product, which is really valuable in jewelry,” Gerstein says. “We are really a lifestyle brand—and part of that brand is our responsible sourcing and personalized customer service. And we’re able to bring that more to life in the showrooms.”

Underpinning both the business model and day-to-day operations is a strategy designed “to communicate most effectively where our customers are shopping now—be that a physical location or online,” she says, noting that because the brand started virtually, the digital business is still outpacing the physical.

Having an alluring, high-functioning website has been integral to the company’s success. “Jewelry continues to be a high-touch sale,” Gerstein says, “and we want to make sure that they’re taken care of through the website. For customers who want to talk to a sales representative, they can do that. We really strive to have a fantastic user experience on the website itself, and we’re continually improving on that.”

The brand uses social media to entice and engage consumers, and present them with nearly friction-free paths to purchases. Among Brilliant Earth’s robust collection of social media channels, Snapchat and Instagram (@brilliantearth) are where its loyalists engage most deeply; the company increased its Instagram following fourfold in 2016, and currently boasts a whopping 200,000 followers on the platform.

The owners of Brilliant Earth credit its success to a nimble, omnichannel approach: “We’ve been able to communicate with our millennial audience in an omnichannel way for a long time,” Gerstein says. “For us, that’s been the right recipe.” 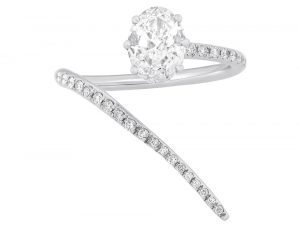 Initially, the brand sought to appeal to a wide swath of buyers. But Kahane and the store’s cofounder, Brooke Magnaghi (a former JCK stylist), made a conscious effort to move toward collections that they—both smart, successful New York women—would wear themselves.

Kahane says that effort has made all the difference in their business. “I think [success] starts with having a very clear brand that stands for something and offers something to a specific customer,” she says. “We are specializing in the types of products and designers that I think our customer really wants to associate herself with.”

A decidedly omnichannel approach to selling and marketing became the vehicle that cemented the brand’s reputation as a one-stop fine jewelry destination for style-loving young women. After three years of building and growing a sleek-looking, easy-to-shop e-commerce site, the company opened a showroom in downtown New York City in early 2016, a development Kahane says has “always been on the road map.”

And as the company moves more aggressively into the bridal space, she says, “it’s more important that people who are buying something really expensive for the first time do it in person. We try to do our best to replicate the offline experience online, but that moment when you try on something for the first time…you can’t replicate that online.”

The showroom also acted as a test lab for Stone & Strand’s private label collection. “We actually tested the collection in the showroom extensively,” Kahane says, “just to check to see it was something that was an unmet need.”

Email, undervalued in omnichannel retailing, has also been “a great communication tool” for the brand, she says. Stone & Strand’s email campaigns highlight trends, both cutting-edge and mainstream, and are (naturally) full of links to products and categories on the e-commerce site.

“People are very fluid in how they shop these days, so I think every good retailer is looking at being omnichannel,” Kahane says. “Things are really changing. I had a customer the other day send me a ‘goodnight’ emoji by text! It was kind of a new experience.” 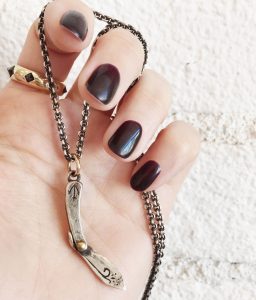 “We’re in the time and age where you have to be omnichannel to be a player,” says Lauren Wolf, founder of Esqueleto, a fine jewelry business in California with two locations—Oakland and Los Angeles—and a healthy e-comm hustle.

For the edgy jewelry purveyor, Instagram has been a game-changer—driving dollars to the store’s website like no other avenue. “It’s a huge marketing channel for us,” says Wolf, who hired a website and social media pro, Kayla Andrews, last year to revamp Esqueleto’s e-commerce and social presence.

Its Instagram feed (@shopesqueleto) is a collection of quirky, high-quality product shots, art, and design-oriented snapshots. Perusing the pretty photos, it’s easy to fall down the rabbit hole, which is precisely the point. “It’s crazy how often people call wanting to buy something they’ve seen on Instagram,” Wolf says. “It’s our most potent tool.”

Wolf admits that years ago she didn’t even want an e-commerce site (“I wanted people to come in and shop!”), but she’s now cognizant that it’s her company’s polished web and social media presence that lures new shoppers into the store.

“It’s not an option to not have e-commerce and social,” she says. “We have to put the energy and the time and money into the digital platforms. The brand awareness alone that it creates makes the effort well worth it.”

How modern shoppers are browsing and buying 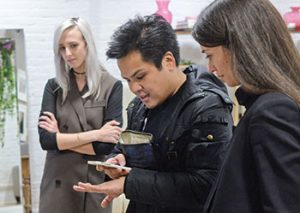 • Content marketing platform NewsCred recently found that 31 percent of millennials are more likely to buy from retailers if their communications are “truthful without being sales-y.”