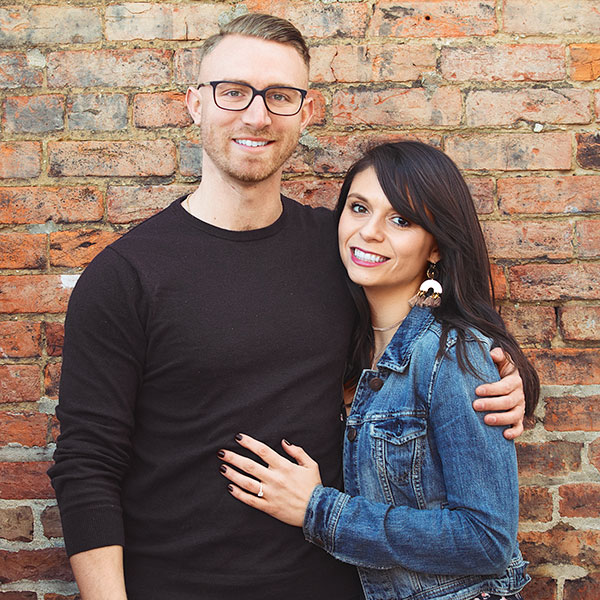 “Will you marry me?”

It may be the most iconic question of all time—and unquestionably so for jewelers, who tend to supply the key accessory.

Sometimes, the engagement ring purchase calls for conspiring with clients, a bit of pixie dust and creativity to make the moment extra magical, jumping through hoops to ensure the ring is ready on time, or just having a bottle or two of bubbly on hand for any proposals that should happen on the premises (more common than you think!).

“Retailers are definitely creating a long-­lasting bond with couples when they help them through the proposal process, not just finding a ring,” says Severine Ferrari, founder and editor of Engagement 101, a media platform dedicated to helping couples plan their engagements, including a robust archive of real proposal stories.

We put together a quick-read anthology of some awww-mazing proposal stories, as shared by your jewelry industry peers, whether it was staging an Italian-themed café in a public alley, advising on the best places to pop the question in Disneyland, or racing to the airport to make sure the ring remained a secret up to the last minute. 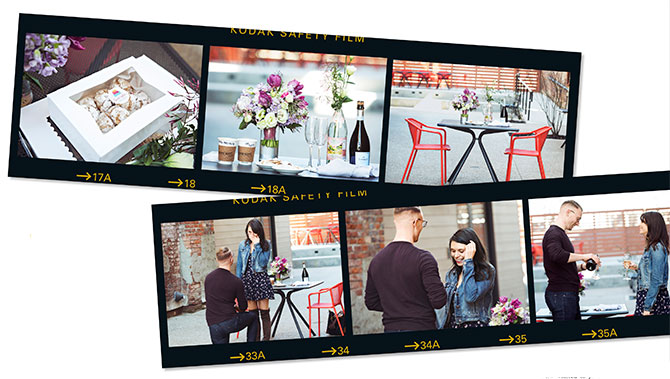 “Our California-based client, Stephen, planned to propose during a surprise romantic getaway to New York City. He’d already chosen and purchased a ring from us, and wanted to pop the question here in our store. After visiting a nearby cat café, the couple walked a few steps down to ‘casually’ stop in and look at jewelry. He wanted the ring out on the case and waiting for her, and to make Stephen’s proposal feel extra special and unforgettable, we brought out some Champagne and chocolates from The Sweet Life, a local confectionery, to sweeten the deal.”
—Elizabeth McLean, sales associate, Anna Sheffield, New York City

“We had a friend who wanted to surprise one of our employees with a proposal in the store. We were all in on the surprise and arranged to have the Cathy Waterman ring he’d chosen sitting out in our Ring Bar. So he came in to visit her, and they walked over to the Ring Bar. He went around behind the case, reached in, got the ring, came back out, and fell to his knees, saying, ‘Will you marry me?’ She screamed! We then had a celebration with Champagne, and then they left in a stretch limo carrying her parents, who had flown in for the occasion.”
—Joanne Teichman, owner and founder, Ylang 23, Dallas

Going the Distance
“I once had a couple who needed a custom ring to be made and delivered within two weeks. They were going to be traveling, and the groom wanted to pop the question while they were away. Within a week we had a center stone picked out, and the setting went into production—we moved fast. And then a week later, I picked up a Zipcar in Manhattan where I live and drove one and a half hours outside of the city to personally deliver the engagement ring on a Sunday night because the couple had to catch a plane early Monday morning.”
—Vincent Perugini, owner, Vincents Fine Jewelry, Pelham, N.Y.

Quick Thinking
“My all-time favorite story is one that happened not to me, but to my very determined colleague, Ellen. This guy from Florida reached out to Ellen on Yelp because of our reputation. He and Ellen exchanged many emails and phone calls to assess the style of the ring he wanted. He was going to fly up to Chicago to make final decisions but things fell through, so Ellen ran around between our three stores to pick out the perfect 2 carat diamond and mounting. They were going to FaceTime so that he could see everything, but in the end, we didn’t need to do that either. He just said, ‘I trust you,’ and bought the ring sight ­unseen. A few weeks later we shipped it to Florida just in time for his proposal.”
—Priscilla Borja, sales associate, Steve Quick Jeweler, Chicago

Disney Dazzler
“A customer came into the Brilliant Earth showroom in Los Angeles with the idea of proposing at Disneyland; coincidentally I happen to love Disneyland myself, so I was very excited to help with this request. I helped him find a beautiful ring on short notice, shipping it directly to the FedEx office in Anaheim so it would be available on time and right outside of the park. I made a recommendation for the perfect lunch spot in the park and brainstormed potential proposal locations and ideas with him, including having a caricature artist sketch their images—and the ring—right before he proposed.”
—Tim Sullivan, director of showrooms, Brilliant Earth, San Francisco

Ring for Coffee
“I coordinate custom proposal experiences for the clients I design rings for, and we had a situation where the bride, Marie, was tipped off by a friend that our client, Steven, was going to propose while they were on a trip to Italy. So with just two days’ notice we were able to plan a surprise proposal before, around Marie’s birthday party happening at a local brewery. They are coffee people, so we worked with Steven to have them grab coffee on their way to the party. We chose Deeper Roots, in Cincinnati’s historic Findlay market, where there’s an alleyway between the coffee shop and another store. My team set up a table for two with flowers, the ­couple’s favorite coffee drinks in paper cups, a bottle of prosecco, and Italian pastries. And as always, we had a photographer there to capture the details, the big moment, the reactions, and some portraits.”
—Chelsea Mead, owner, Honey Designs, Cincinnati

Airport Recon
“A lot of couples get engaged out of town and that causes issues like disguising the bulge of a ring box in your pocket, or packing the ring in luggage that the fiancée may have access to at home (or that can get lost). So we have a very thin ring pouch that we give to the grooms—it fits right in their wallet. But since most of our grooms want to propose by holding up an open ring box in front of the bride-to-be, we have had to meet clients at the airport to hand off the ring box. They take it from us and then quickly toss it into their carry-on while she’s already through security.”
—Susan Eisen, owner, Susan Eisen Fine Jewelry & Watches, El Paso and Austin, Texas

Mountaintop Logistics
“I had a client who wanted to propose on the top of Vail Mountain when skiing, so I helped him formulate his plan of attack. We decided he and his fiancée would stop to get their picture taken by one of the ski resort photographers at the summit, and that he would pop the question during the ­photo session so that it would be a surprise but also ­captured on camera. We called the photography team at Vail and helped our client coordinate with them so the photographer would know exactly what was going down—and to make sure they took their helmets and goggles off! It all went off without a hitch.”
—Kaeleigh Testwuide, owner, The Diamond Reserve, Denver

Speedy Delivery
“Our client, Michael, was about to return to his station in the military within a few weeks and was ­determined to propose before he left. He had purchased a Sylvie Collection mounting from us, and we were able to set a stone and have it ready for him immediately, just in time for a surprise skydive ­adventure for his fiancée, Kristen, the next morning.”
—Paul Lirot, owner, Paul Lirot Jewelers, Madison, Conn.