On a trip to Hong Kong in 1989, Princess Diana paired Queen Mary’s Lover’s Knot Tiara with her self-described Elvis ensemble 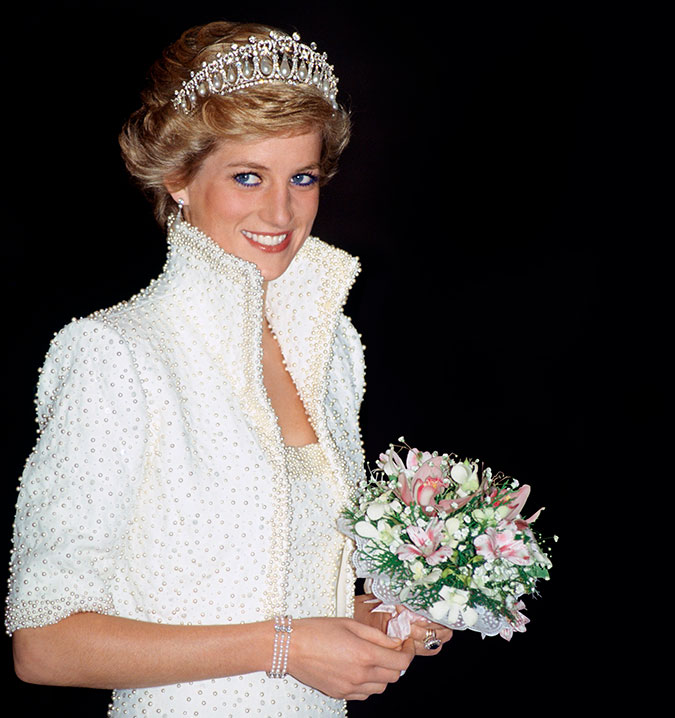 Even though it was so heavy it gave her headaches, the Cambridge Lover’s Knot Tiara was Princess Diana’s favorite. Like most royal jewels, the coronet has a long history: Queen Mary commissioned the House of Garrard to create the crown in 1914, reportedly sacrificing her own tiaras and brooches to supply the stones. Originally, the diadem was extravagant, with 38 pear-shape pearls, 19 of them upside down and floating above inverted diamond arches and 19 upright removable pearls that could provide a second row of sparkle. (Modern royals prefer the lighter, pared-down pendant version.) When Queen Mary died, she left the piece to her granddaughter Queen Elizabeth, who passed it on to Princess Diana as a wedding gift. Today, the Duchess of Cambridge wears the tiara and Diana’s matching earrings—most recently at a state banquet in July. Clearly, the headache is still worth it.