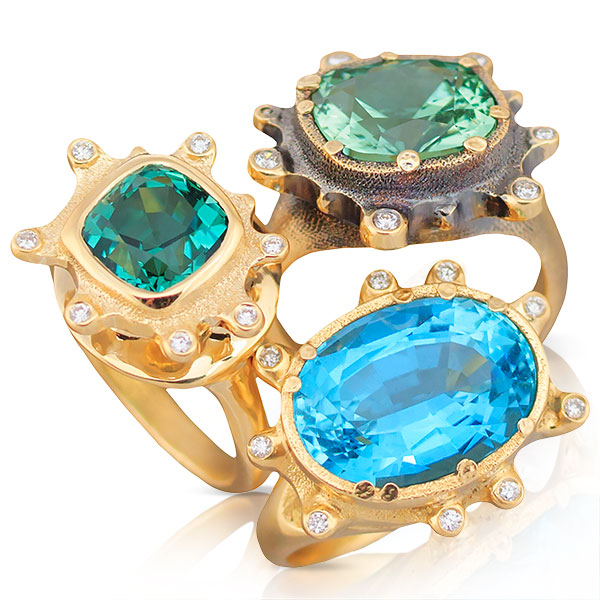 For the sixth straight year, JCK Tucson is poised to take the desert by storm From Feb. 6 to 9, the J.W. Marriott Starr Pass Resort & Spa will host the sixth annual edition of the JCK Tucson show, now firmly established as the sole designer-led fine jewelry event to take place in Tucson during gem week. When JCK Tucson vice president Katie Dominesey took over the management of the show on behalf of Reed Exhibitions in 2015, she was thrilled to see the Arizona event had a handful of well-known designers on its roster (from Southern California’s Alishan to Peter Schmid of Konstanz, Germany–based Atelier Zobel), but, she recalls, they were too often overshadowed by “a lot of mass manufacturers selling a lot of semi-mounts.” As she set about refashioning the show into a designer-led experience, starting in 2016, she was determined to create an environment that inspired a sense