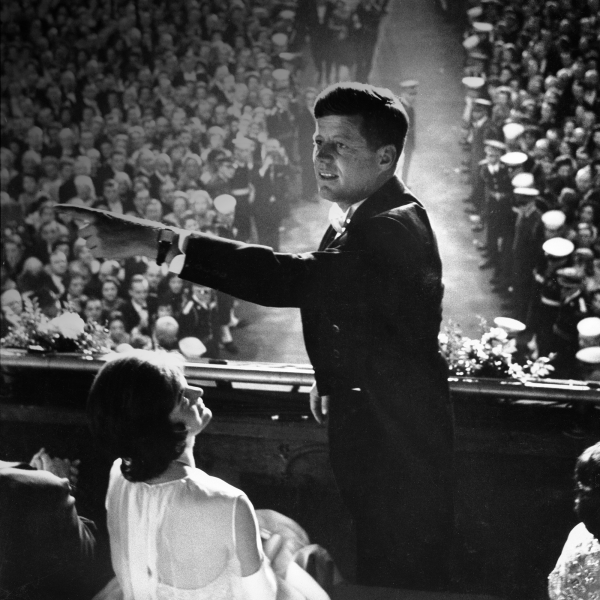 We pause to ­appreciate the elegant timepiece a president wore to his inaugural ball in 1961: a 2 mm ­Omega Ultra Thin watch made of 18k gold, set on a black leather strap, and inscribed with the phrase President of the United States John F. Kennedy from his friend Grant. In a letter to the giver, Florida businessman and later Ambassador to Ireland Grant Stockdale, first lady Jacqueline Kennedy called it “the thinnest most elegant wristwatch” and said that, upon receiving it, JFK “promptly took off the chunky little one” she had given him. Omega acquired the historic timepiece for its museum in Biel, Switzerland, for $350,000 at auction in 2005.