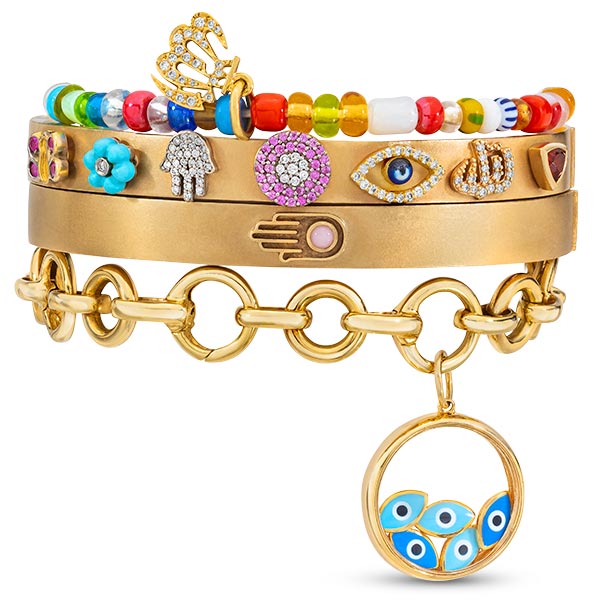 Regine Basha has been named CEO of New York City–based charm manufacturer Aaron Basha. She previously served as chief creative officer. She takes over from her father, Aaron, the company’s founder and namesake.

De Beers Group has appointed Céline Assimon, former CEO of de Grisogono, CEO of De Beers Jewellers, its retail chain. She succeeds François Delage, who has headed the brand since 2009.

Fabienne Lupo has ended her tenure as president and CEO of Fondation de la Haute Horlogerie after 15 years with the watch industry group.

Jean Dousset, a great-great-grandson of Louis Cartier, has launched Oui by Jean Dousset, a digital platform that sells engagement rings and diamond jewelry.

Jocalio has hired Albee ­Schimanski as its vice president of business development. Schimanski spent 12 years in senior roles at Chow Tai Fook North America and subsidiary brand Hearts On Fire, where he most recently served as vice president, trade strategy.

Stacie Orloff has joined ­Facet Barcelona as chief ­commercial officer of its commercial team for the U.S., Canada, and the Caribbean. Orloff previously served as vice president of sales for the ­Americas at Fendi Timepieces and as president of Bell & Ross.

The Council of Fashion Designers of America has promoted CaSandra Diggs to president of the organization. She was most recently its chief administrative and financial officer.

Designer John Atencio has hired Ashley Brown to head his wholesale and new ­business development divisions. She had previously worked for Atencio as a sales associate and was also executive director of marketing and public relations for Stuller.

Roger H. Gesswein Jr., chairman and CEO of Paul H. Gesswein & Co., the tool and equipment supplier, died of lymphoma July 31. He was 77.

Nancy Brewer, founder of Nancy B. & Co. and a pioneering woman in the ­jewelry industry, died Aug. 5 in Los Angeles after an ­extended illness. She was 78.

Robert “Bob” McIntire, a three-decade industry veteran who worked at both Finlay Fine Jewelry and Asurion, died from cardiac arrest July 25. He was 52.

Nine De Beers sightholders, all clients of the Gemdax brokerage, have committed to working toward making their manufacturing operations carbon-neutral.

Tiffany & Co., which last year added information about where its 0.18 ct. and larger diamonds were mined, is now also including details about where they were cut and set.

William Jones, vice ­president of operations at Little Rock, Ark.–based chain ­Sissy’s Log Cabin, was ­recently ­honored by Arkansas Business as one of 20 young ­influentials shaping business in the state.