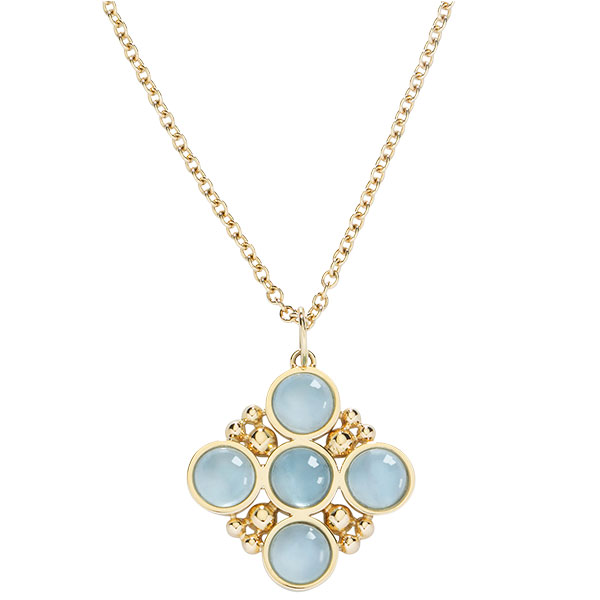 It sounds like pure science fiction, right? Wasn’t it just last week that we were battening down the hatches for Y2K?

I may sound like an old fogy in disbelief over how quickly time passes, but that’s the point. Come January, I’ll be celebrating my 20th year writing about the jewelry industry, and I can’t help but feel a bit nostalgic about it. I was a month shy of my 27th birthday in 2000 when I attended my first JCK Las Vegas show. A few weeks after that, I was off to Australia’s croc-infested Top End for my first press trip—to a Paspaley pearl farm. Later that summer, I met JCK jewelry director Randi Molofsky at a boozy, Platinum Guild–sponsored party at designer Ella Gafter’s posh Manhattan salon.

All of these things happened before the dawn of social media, if you can believe it. As L.P. Hartley famously observed, “The past is a foreign country—they do things differently there.” These days, “social media manager” is a critical role at any successful retail ­jewelry business, as senior editor Emili Vesilind makes clear in “Jewelry’s New Jobs,” in which she reveals what the industry’s ­newfangled job titles say about hiring priorities for retail jewelers in 2020 and beyond.

Conversely, one thing that hasn’t changed since I joined the industry is the alchemic mix of charisma, knowledge, and motivation it takes to be a true sales superstar. In “Sales Forces,” contributor Martha C. White interviews three of the nation’s leading retail salespeople about how they cultivate great client relationships.

The effort requires time, of course, but we’ve got a shortcut: Check out contributor Amy Elliott’s “19 Last-Minute Holiday Hacks” for a list of quick hits to make the most of the season. And don’t miss “Wish List Granted,” Randi’s visual guide to the styles sure to be in demand this quarter.

The new year is right around the corner. Bone up on the issues that will dominate industry chatter with “5 Hot Topics for 2020,” a short list of conversation starters for the third decade of the ­millennium. (Hint: Think off the chain!)

Finally, you’ll find the final installment of our “150 Years, 150 Voices” series, marking the end of JCK’s sesquicentennial coverage. Many of you probably saw the news in August about the magazine changing its print frequency: Starting in January, JCK will be published four times a year (March, May, June, and September), as we divert greater resources to our digital side at JCKonline.com. While my tendency for nostalgia makes the transition bittersweet, I’m 100% sure that 20 years from now, as we ponder our 2040 forecast, JCK will be right there with you (as, I hope, will I!).