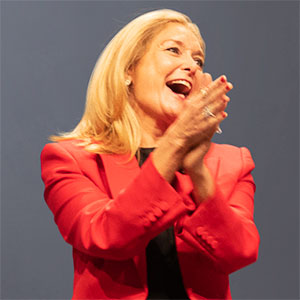 In May, Caryl Capeci, then president of Hearts On Fire, was ­promoted to CEO of Chow Tai Fook North America, the newly established Boston-based arm of the Chinese conglomerate that ­purchased Hearts On Fire in 2014. In ­September, Capeci spoke to JCK at Hearts On Fire University, the brand’s biennial education event.

Why has Chow Tai Fook set up its North American hub?

In the five years since buying Hearts On Fire, Chow Tai Fook has learned a lot about the American market. We see a tremendous opportunity in building the North American market and going beyond Hearts On Fire and [sister brand] Mémoire. When you look at the typical jewelry store, there is still an enormous amount of their jewelry case that is not branded higher-end diamonds. There is still a lot of generic diamond product. We can provide them that. And eventually, we will look to colored stones and some of the other things that Chow Tai Fook specializes in. We will also look beyond just the independent jewelers to [the majors].

Where do you see the opportunities for growth in the U.S. market?
In the U.S., we think the ­greatest opportunity is in the strong ­independents. At Hearts On Fire University, we have 175 companies who are investing thousands of dollars per person to be trained and to be educated about how to be better. We have Harvard Business School professors here teaching a course about business succession and how to build a business for the long term. These are retailers invested in the future, and those are the ones we want to stay invested in.

You recently started a collaboration with influencer Hayley Paige. What is the thinking behind that?
[It speaks to] the importance of self-purchase, and how critically important for everyone in the diamond business it is to encourage young girls, especially, to be open to the idea. Hayley Paige calls her bands “power bands.” She is planting the seed with these 28-year-old women that you can buy your own bands. So once they get engaged and get married, self-purchase is part of the equation. Young girls, and even 30- and 35-year-old women, do not see diamonds as something they can easily buy on their own. And we have to start giving that message.