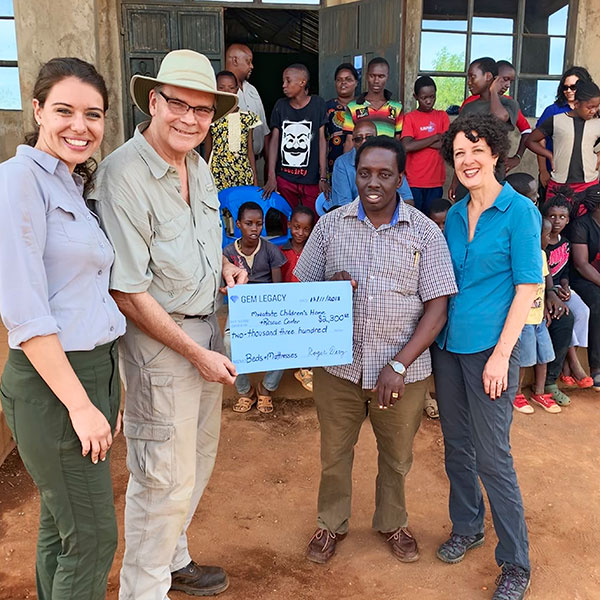 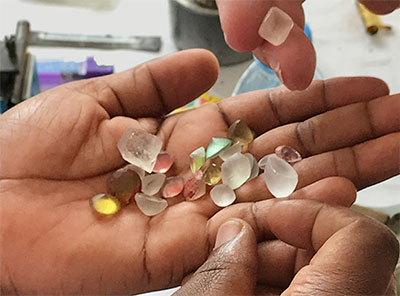 Roger Dery’s long career as a gemstone dealer, and then a gemstone cutter, has taken him on 37 separate trips to mines in East Africa, the ­majority of them with his wife, Ginger. The couple have witnessed firsthand the challenges present in disadvantaged African mining communities, where miners work under physically ­demanding conditions, to provide food, clothing, school tuition, and other basic needs for their families.

The Dery family—including daughter Rachel, who works with her parents—felt compelled to help. In 2018, they founded Gem Legacy, a nonprofit that raises funds from within the industry to support education, vocational training, and the local economies in East African mining communities.

Gem Legacy focuses on aiding miners, but the organization has raised funds for a wide range of needs. “When Roger looks at a miner, he’s also seeing the family the miner is supporting,” Rachel says. Among their initiatives: raising just over $2,000 to send 17 Malawian teenage orphans, who had been forced to drop out of school due to financial hardship, back to the classroom.

And earlier this year, the organization secured $9,500 to buy and install a used compressor for women miners at the Precious Women mine in Mkuki, Kenya. Dery says he was deeply moved on his first visit to the mine. “There were six or so women, most of them widows, who were mining by hand with picks and shovels, and they rotated child care,” he says. “I would look at them and get tears in my eyes.” The compressor, which was shipped to the site in February, has allowed the women to begin mining with power tools.

Beyond providing funds and equipment, Gem Legacy’s mission is to help communities become more self-reliant, chiefly through education that modernizes operations. For example, Dery flew to Tanzania in February to present state-of-the-art faceting equipment to a gem-cutting school that had been ­practicing outmoded ways of cutting stones. As a result, graduates were ­having a difficult time securing jobs.

“It’s a different mindset there when it comes to gem-cutting,” he explains. “Their goal is to make as much money as possible, so if they can do it faster, they will. But that means the facets are not as precise. We’re going to teach them to facet in a modern way, so their goods can be sold for more money.”

The school, which is run by a gem-cutter with a history of bringing indigent individuals under his wing, is Gem Legacy’s major project in 2019. As part of its transformation, the school will receive more than a dozen U.S.-made Facetron machines.

To achieve that modernization, Gem Legacy is partnering with roughly 60 stateside jewelry retailers on its initiatives—and hopes that number will grow. “We hear all the time that jewelers and retailers would love to support the supply chain, but they don’t know how,” Rachel says. “This is a good, uncomplicated way to do that.”