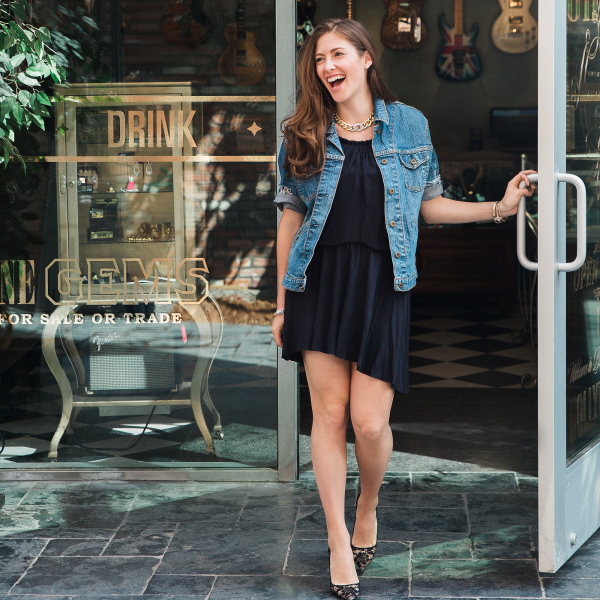 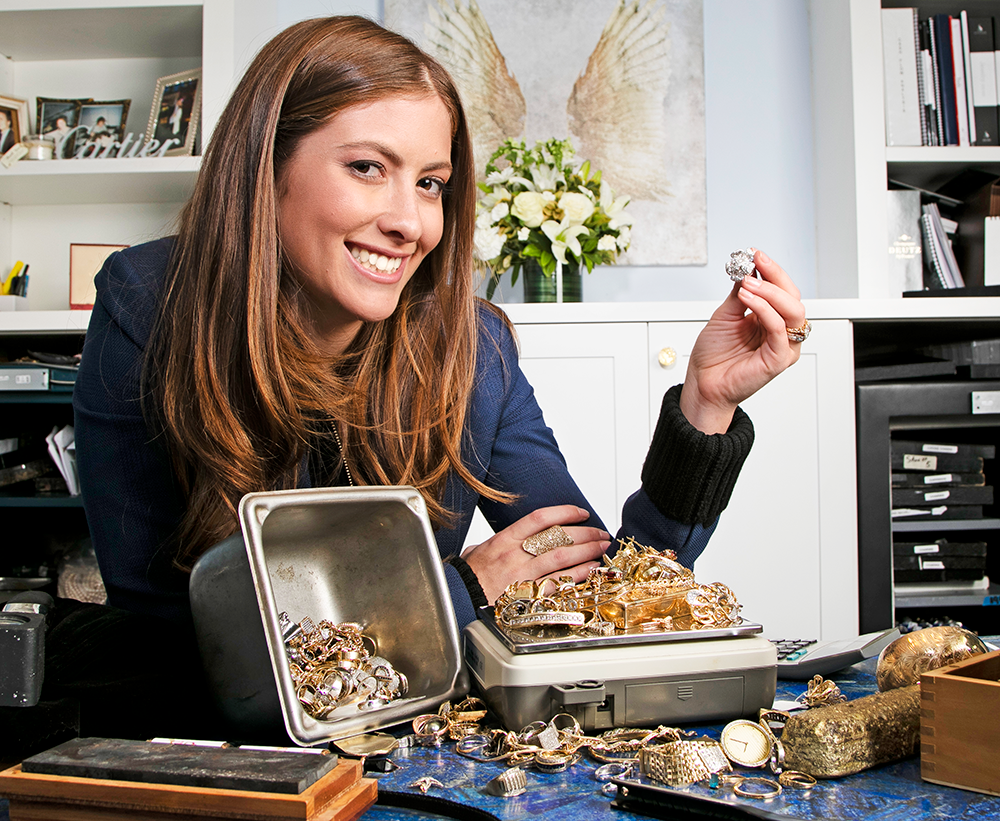 With an unabashed love of all things gold and a flair for marketing, Lauren Kaminsky is giving the pawn business a good name

Real gold is real gold, even if you buy it in a pawnshop. That’s the message 28-year-old Lauren Kaminsky—who goes by the name Gold Girl on her popular blog, ByGoldGirl—conveys to would-be customers every day.

As chief operating officer and co-owner of EZ Pawn Corp., a chain of pawnshops with 14 locations in the New York City area, Kaminsky wants to reframe the public perception of pawnshops as depots for the down-and-out. Pawnshops, she contends, are also a bargain-filled resource for fine jewelry and luxury watch lovers.

“Secondhand gold jewelry gets polished and cleaned, and you can’t even tell that it’s ever been worn,” says Kaminsky, a third-­generation pawnbroker whose mission has been greatly aided by her glamorous second job: vintage jewelry curator for hip boutique restaurant Beauty & Essex, with locations in New York City, Los Angeles, and Las Vegas. “It’s a buy that literally has no downsides.”

You grew up in your dad’s pawnshops, but how did you end up going into the business?

I had no desire to enter the family business; I don’t think I even knew entirely what it was until I got my hands in it. My dad needed help because his business was growing so quickly. I came in fresh out of college, where I had learned all these cool marketing techniques. In the pawn world, advertising was nonexistent in 2010. Immediately, I organized charity events, we participated in every single type of walk, and I worked on all these innovative ways to get our name out there. We were the first pawnshop to do a subway campaign. My dad dressed up like Uncle Sam, which sounds goofy, but it worked. ­People still remember those ads. 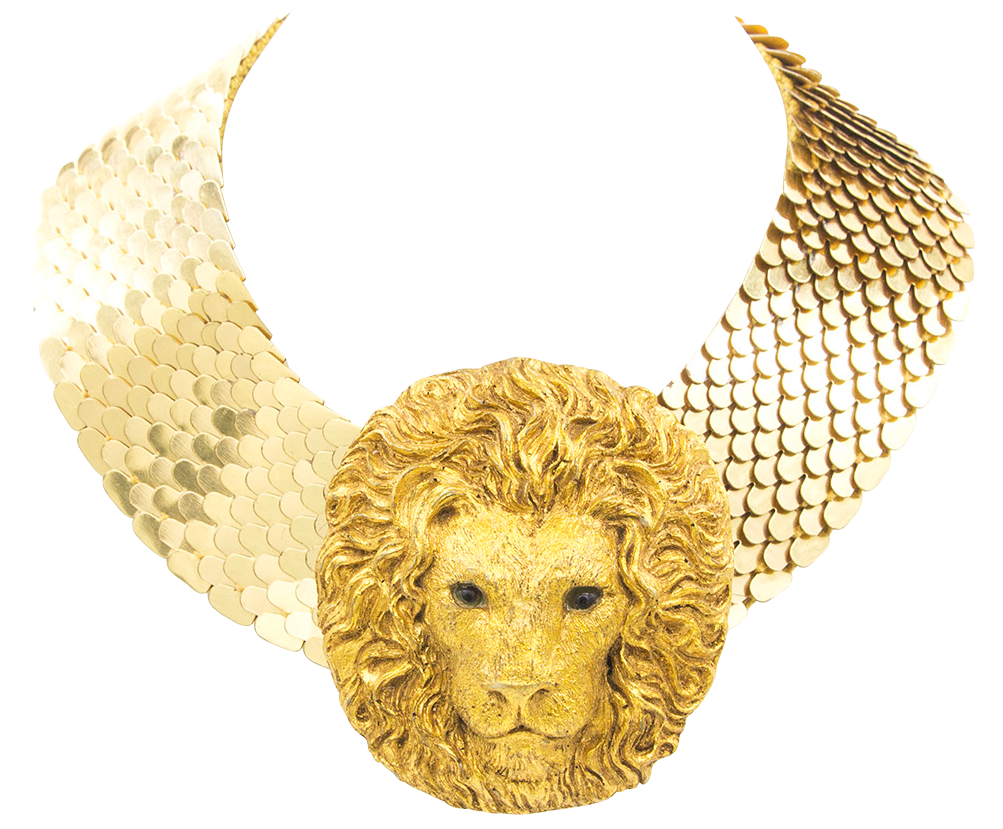 A vintage collar from Beauty & Essex

How did the collaboration with Beauty & Essex begin?

Right around when I started at the shops, Beauty & Essex was opening. You have to understand: I’m the friend who’s making reservations for the hot new restaurant two months in advance. I’m such a foodie. I will travel for good ­pizza! My friend came in with a flyer that said a restaurant/lounge/pawnshop was opening on the Lower East Side. I called them up and started asking all these questions—where’s your license? How are you doing pawn transactions after 7 p.m.? Eventually, they set up a meeting with my dad. He overslept for it! I was there and took the meeting in our Spanish Harlem store. They told me they wanted to create a pawnshop vibe, not an actual pawnshop.… We were all about to do the handshake on a deal, when my dad walks in. We were catching him up to speed and I can see in his eyes that he’s thinking, We’re going to need bulletproof glass. I watched ­everyone’s faces go from bliss to Oh my God, what’s happening? But I was not allowing for this! I told them, “He’s joking!” And they told him if they could ­partner with me, we had a deal. That’s how it happened.

How do you merchandise the Beauty & Essex selections?
My niche has always been affordable gold jewelry. Gold is my thing. Growing up I was never allowed to buy name-brand sterling silver. I learned from a very young age that gold holds its value. One of the first experiences I had working in the pawnshop was a woman who came in to buy a gold chain for her son. He wanted a computer. And she said to him, “If you’re ever in trouble, this chain is what will get you out of it.” Having it is almost like having money.