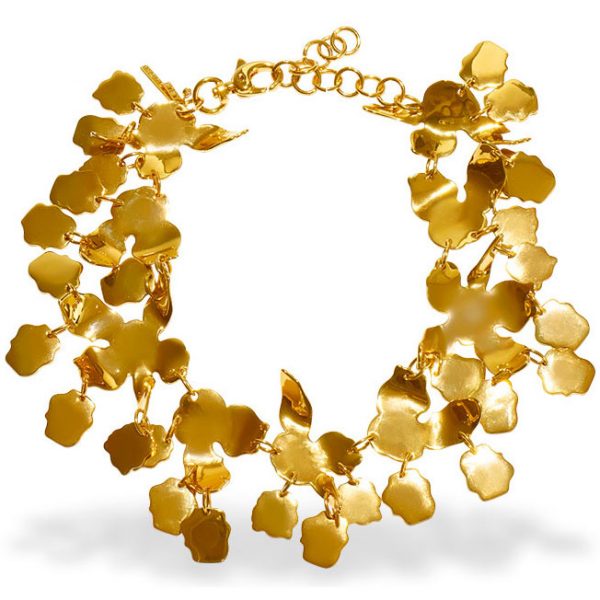 Lele Sadoughi has built her business on big, bold, bloom-filled jewels that she proudly calls costume. Wallflowers need not apply. You might not know Lele Sadoughi’s name, but you certainly know her work. A master of costume jewelry, Sadoughi began her design career at Ippolita, working with private-label clients including Banana Republic and Club Monaco before creating J. Crew’s massively successful ­jewelry line in 2005. She got a bit of publicity back then under her maiden name, Lisa Finkelstein, but after ­marrying in 2011 and embracing a childhood nickname, Lele Sadoughi (pronounced Lee-lee Suh-doogie) felt ready to juggle one final corporate gig at Tory Burch with the debut of her namesake collection. To say that the Lele Sadoughi line has been a hit is an understatement. Available at select Nordstrom, Saks Fifth Avenue, and Neiman Marcus stores, the Dallas native’s ove