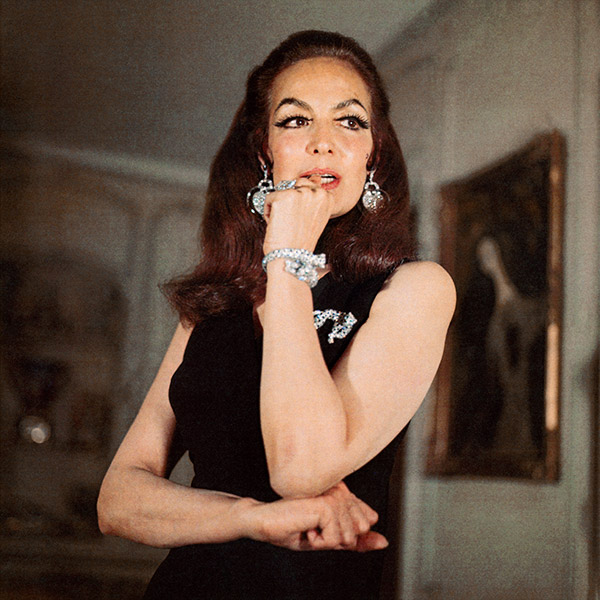 Mexican film actress and singer María Félix, captured here in 1967 wearing a Panthère de Cartier platinum brooch and bracelet she commissioned, wasn’t just another starlet dripping in borrowed bling. Félix was a serious collector with a deep and collaborative relationship with Cartier—so much so that in 1975, she reportedly walked into the jeweler’s Paris flagship carrying a live baby crocodile that would serve as the model for the double croc necklace Cartier famously created for her. In 2006, the atelier debuted La Doña de Cartier, a collection named for the actress (Félix was known as “La Doña,” for her character in the 1943 film Doña Bárbara). The three-dimensional panthers Félix wears in this photo were first created by Cartier creative director Jeanne Toussaint for the Duchess of Windsor in 1948. “The Duchess was a trendsetter,” says Emily Waterfall, Bonhams’ head of jewelry in Los Angeles. “What she ordered everyone wanted.”