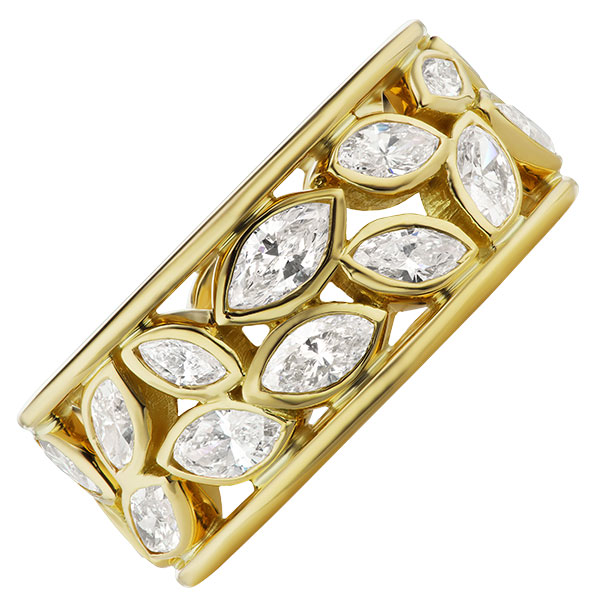 Given the slowing economy and a compressed calendar, most jewelers declared holiday 2019 a perfectly acceptable selling season, though not exactly one they popped Champagne corks over. According to Mastercard SpendingPulse, overall jewelry sales grew 1.8%, though online jewelry sales grew 8.8%. Those numbers roughly correspond with the post-holiday report from Signet, which said its online sales climbed 13.5%, while brick-and-mortar sales dropped 0.2%. What were the biggest sellers? Most mentioned by jewelers: diamonds, in particular bridal and studs; watches, in particular Rolex (definitely Rolex); and in a distant third place, colored gemstones. 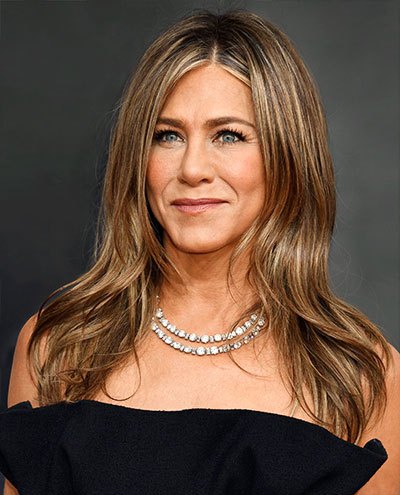 At January’s Golden Globes, necklaces were not only ubiquitous, but they were also big—many surpassing the 25-, 50-, and 75-carat range. Among the most ­dazzling: Gwyneth Paltrow with two layered Bulgari Fiorever high jewelry diamond ­necklaces under a see-through frilly Fendi gown; Billy Porter in a 42 ct.–plus Tiffany ­diamond sparkler and a white ­feather-trimmed Alex Vinash ensemble; Helen Mirren, regal as ever in a 73.55 cts. t.w. cascading diamond drop Harry Winston necklace and cranberry Christian Dior Haute Couture; and Jennifer Aniston (pictured), also in Dior ­Couture, in an elegant 1950s Cartier diamond double-swag platinum necklace from Fred Leighton. Can we officially declare 2020 the year of the necklace?

In 2018, the Federal Trade Commission removed the traditional karatage threshold for gold. That prompted industry speculation over how long it would be before someone started selling a 1k product. As it turned out, it took about a year for Select Jewelry to test how low you can go. Gold One, now being sold by QVC and Macy’s, uses a patent-pending 1k gold alloy plated with a layer of 14k gold to look like standard gold jewelry—though it costs about 80%–90% less. Traditionalists were appalled, but Select president Ronny Seliktar believes the product will expand the market. “We think this is going to save the gold industry,” he says, “not hurt it.” 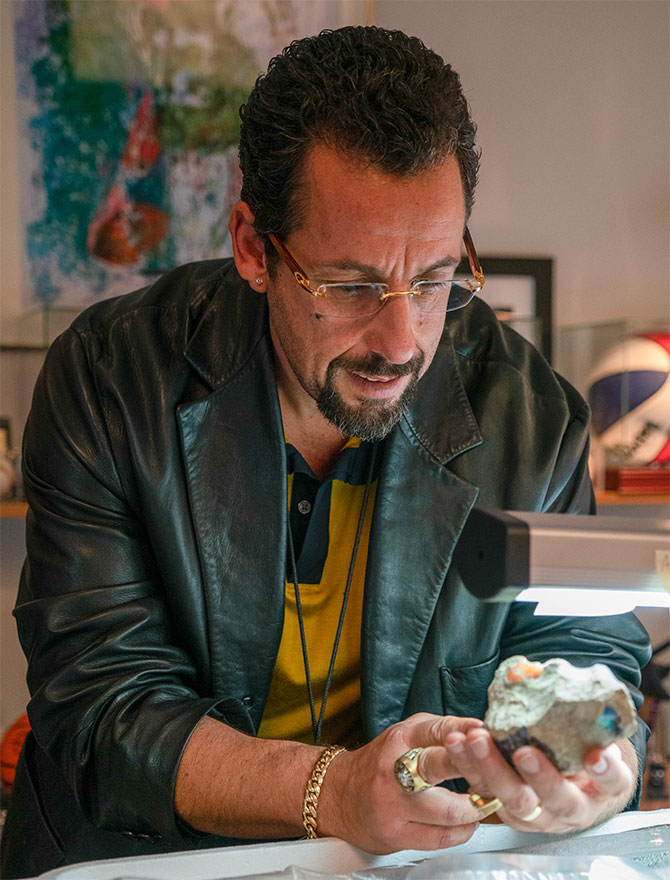 Film buffs are grumbling about Uncut Gems star Adam Sandler’s ­Oscar snub, but those in the know—and in the jewelry industry—are buzzing about the dizzying Diamond District–set flick. If you haven’t seen it, buckle up: Vogue’s comment about the pace—“so fast it’s almost nauseating, like having an IV full of Red Bull nailed into your aorta”—is spot-on. If you have seen the Safdie brothers–­directed drama, you likely have strong feelings about Sandler’s Howard Ratner (pictured), a jeweler who deals in fake Rollies and pawns his clients’ pieces to fund his own gambling habit. Also: an Ethiopian opal smuggled…in a dead fish? Still, the Safdies got a lot right: the rocks (all the characters’ bling, like those giant diamond studs worn by Kevin Garnett, is real); the cast, which includes straight-from-47th-Street retailers such as TraxNYC’s Maksud Agadjani; and, perhaps most important, the value of a handshake in the jewelry biz.

Some have called La Californienne’s candy-colored remixed Rolexes “whimsical” and “fun.” Rolex has a less flattering name: counterfeit. In November, the watchmaker filed suit to stop their sale, claiming they infringe on its trademark. La Californienne says it “disagrees” with that and “stands behind [its] product.” That’s not the only lawsuit keeping intellectual property attorneys busy. In January, WD Lab Grown Diamonds filed suit against three competitors—Pure Grown, Fenix, and ALTR, and their parent companies—claiming they infringe on its patents for diamond growing and post-growth treatment. WD’s new CEO, Sue Rechner, says the company is open to a licensing deal but will otherwise see this through. The companies didn’t respond to requests for comment.