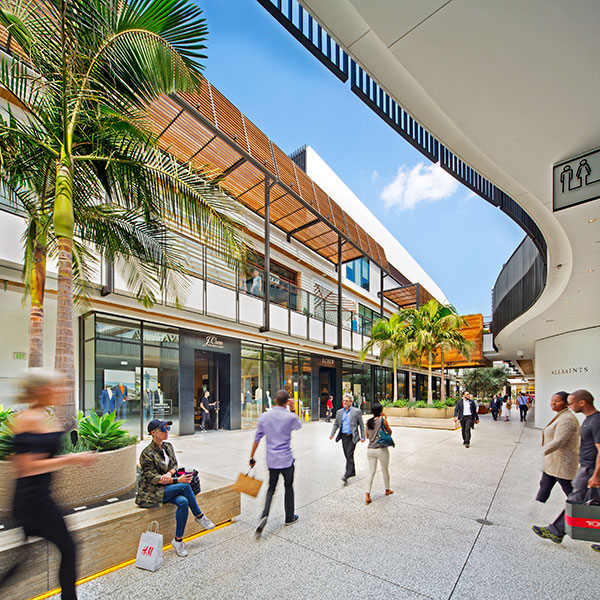 JCK’s ongoing series on the shopping centers finding success amid an ever-changing retail landscape Westfield Century City 10250 Santa Monica Blvd., Los Angeles In a town where face-lifts are de rigueur, Westfield Century City got a billion-dollar version. It’s more than ready for its close-up. The maxim “If it ain’t broke, don’t fix it” has a corollary so obvious it rarely needs to be articulated: If it ain’t broke, don’t spend a billion dollars fixing it. So you might raise an eyebrow at Westfield’s recent $1.1 billion makeover of its flagship mall in Century City, which had hardly become deserted (unlike its soon-to-be-shuttered L.A. neighbor, the beleaguered Westside Pavilion). Westfield Century City had already received a $160 million renovation in the 2000s. And from its very beginning, in 1964, it was an open-air mall, anticipating the urge that seemingly e