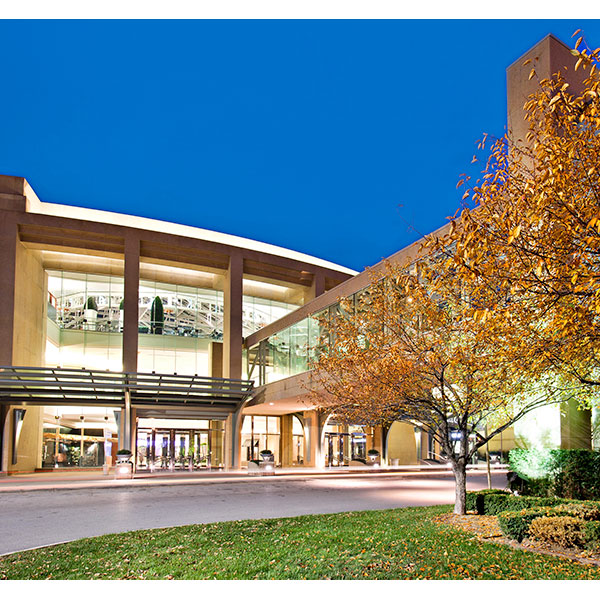 If you have the opportunity to walk with real estate developer Nathan Forbes around his family’s luxury supercenter, Somerset Collection, in Troy, Mich., you will inevitably see him adjust a sign here and there, push a chair back into place, or even sweep an errant piece of paper off the immaculate floor.

His attention to detail is a hallmark of The Forbes Co., the nationally recognized developer, owner, and manager of high-end retail properties including Somerset. (Forbes’ other luxe shopping centers include a trio of Florida malls: The Mall at Millenia in Orlando, The Gardens Mall in Palm Beach Gardens, and the super-scenic Waterside Shops in Naples.)

With its two centers stretched across the heavily trafficked Big Beaver Road in a well-appointed suburb of Detroit (about 25 miles north of downtown), Somerset Collection is an architectural icon, a Midwest shopping destination, and a beloved part of the Forbes family portfolio.

Best of the Best

“Yesterday’s amazing is today’s expected,” Forbes says. “The shopping experience has to be seamless. That’s the only way we can hold our marketing position.”

As a result, Forbes says, the mall has achieved the trifecta of retail: When shoppers decide to go to Somerset Collection, “they make the commitment to drive farther, stay longer, and spend more.” That is one of the many reasons retailers wait years to gain a desirable space within its buildings.

Somerset Collection has held true to its initial goal of being “best in class” in all retail categories, Forbes says—starting with its anchor/department stores: Somerset boasts Michigan’s only Neiman Marcus, its only full-priced Saks Fifth Avenue, and the largest Nordstrom in the state. Forty percent of the mall’s in-line, small-shop leasing, he adds, goes to retailers who’ve chosen Somerset for the location of their only stores in Michigan, including Zara, Gucci, Louis Vuitton, Burberry, Restoration Hardware, and Tiffany & Co.

Because Somerset can pull in those kinds of iconic brands, “you really don’t have just a trade area, you have a whole region,” Forbes says. “With duplicative retail, people typically go to the closest mall. But if you have best-in-class in all retail categories and exclusivity in retail shops and anchors, then they have to come to you.”

Through Somerset, the Forbes family (no relation to Malcolm or Steve Forbes) has taken the long view of the mall concept, says Ken Nisch, chairman of Southfield, Mich.–based JGA, a retail designer known for its shopping centers, exhibition spaces, experiential destinations, and more. “They’re not leasing a mall—they’re creating an asset,” Nisch says. “They want to be the best, not the biggest. But they’ve still become the biggest and the best in the markets they’ve chosen to be in. Somerset is a regional destination center, not just a neighborhood or area center. If a brand is coming to Michigan, this is where they’re going to be. It’s become a self-reinforcing system. The best brings the best.”

It hasn’t always been that way. Somerset Mall opened in 1969 as a single-store outdoor mall built onto an existing Saks. In the early 1990s, it rebranded as Somerset Collection, added a second story, and underwent a high-end renovation. The revamped space proved so successful that Forbes and its partners opened a $200 million, three-story expansion across the street, adding 940,000 square feet and four department stores.

For everything Somerset has, there are many things it avoids—such as carts, kiosks, and visible vending ­machines. The uncluttered space coupled with dynamic storefronts, retailer displays, and contemporary touches makes Somerset feel like a place where you dress up to shop or ask your ­children to be on their best behavior.

“Having lots of light, regularly remodeled lavatories, and customer-service areas—those are important to our entire experience,” Forbes says. “It’s part of the subliminal mindset we want for our consumers. When they’re inside Somerset, we want them to feel good about their experience. It is light. It is visual. It is uncluttered. The stores are the star of the show.”

Consumers sense the investment, he adds, thinking of the shopping center as an extension of their own style and sensibilities. “They take ownership of the shopping center; they can brag about it,” Forbes says. “Some developers have asked why we spend so much. We believe the more you spend, the more people will respect the level of commitment you’ve made to the mall and [think] of it as if it were their own.”

The center’s development is a kind of tribute to patience—that of the developer and retailers alike. For example, Forbes’ father, Sidney, talked to Nordstrom officials for three years to persuade the company to come to Michigan.

Similarly, local retailer Tapper’s Diamonds & Fine Jewelry knocked on Somerset’s doors for nearly a decade to gain a space inside. Tapper’s, a long-standing Michigan jewelry retailer, has its flagship store in Somerset—along with a new Rolex boutique.

“Somerset always does the right things the right way,” says Mark Tapper, part of the latest generation running the ­family-owned jewelry business. “Whether it is the quality of the design, the ambience, the level of maintenance, they are curators who elevate the property.… People want to be there. It creates a happy mood, and happy people are better consumers.”

“We have no boundaries today,” he says. “As retailers have become more agnostic about where they do their sales, we’re looking for ways to merge in-line with online opportunities, ­integrating Somerset into our guests’ lifestyles. That ranges from doing yoga in the grand court of Somerset North to partnerships with the Detroit Lions [football team] to bringing pop-up shops to downtown Detroit. We’re exploring every way to bring retail to the people.”