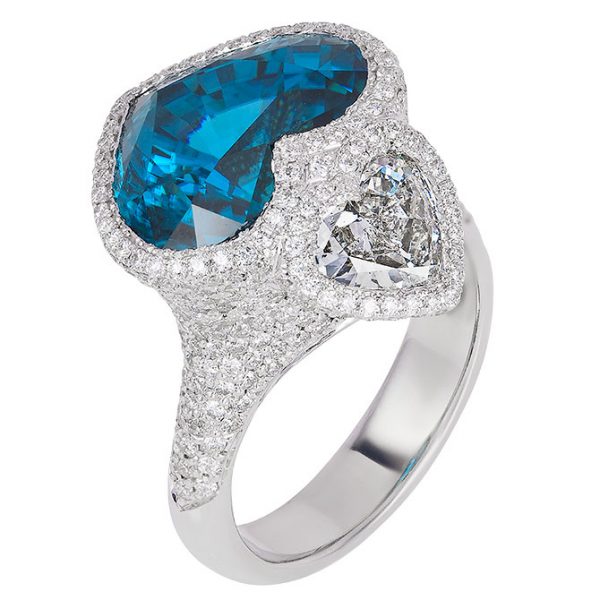 #TourmalineTuesday went to a new level on Aug. 8, when the American Gem Trade Association revealed the winners of its Spectrum Awards. This year’s Best of Show: a pair of 53.56 cts. t.w. ­neon-blue tourmalines by ­Mikola Kukharuk of ­Nomad’s. Blue was all over the annual colored-gem contest: Bright zircons, royal sapphires, rich lapis lazuli, pearlescent moonstones, watery aquamarines, and incandescent black and boulder opals shimmered invitingly among the 500 or so entries displayed at editors’ day in New York City. (“The ­imagination demonstrated,” says AGTA CEO ­Douglas K. Hucker, “was nothing short of jaw-dropping.”) Also popular: oval gems, convertible designs, and a pearl- and ruby-dotted tiara by Wendy Brandes that nearly everyone tried on—and Instagrammed. 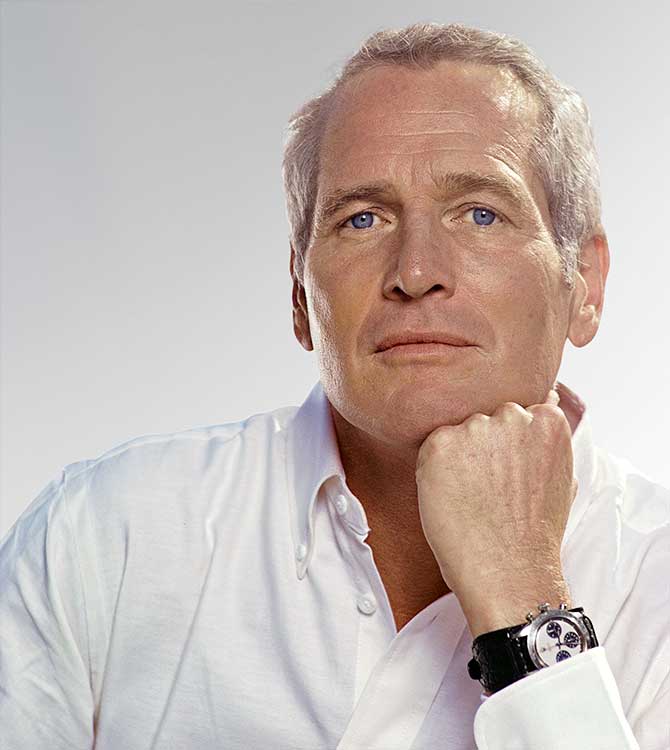 On Oct. 26, Phillips held its first New York watch auction, and, boy, it was a doozy. The Winning Icons: Legendary Watches of the 20th Century sale featured the Rolex “Paul Newman” Daytona, Ref. 6239, an exotic dial version of the brand’s coveted car racing–inspired chronograph, nicknamed for the actor who became associated with the model in the 1980s. But this wasn’t just any Paul Newman. It was the ur–Paul Newman, the legendary actor’s original timepiece. A gift from his wife, Joanne Woodward, the Rolex was the actor’s everyday watch from around 1969 until 1984, when he gave it to his daughter Nell’s then-boyfriend. It remained hidden from public view until it surfaced at Phillips in 2016. Aurel Bacs of Bacs & Russo, which has partnered with Phillips on its watch auctions, describes the timepiece as one of the world’s “super-über grail watches.” As befits a legend, it sold for $17,752,500—making it the most expensive wristwatch ever sold at auction. 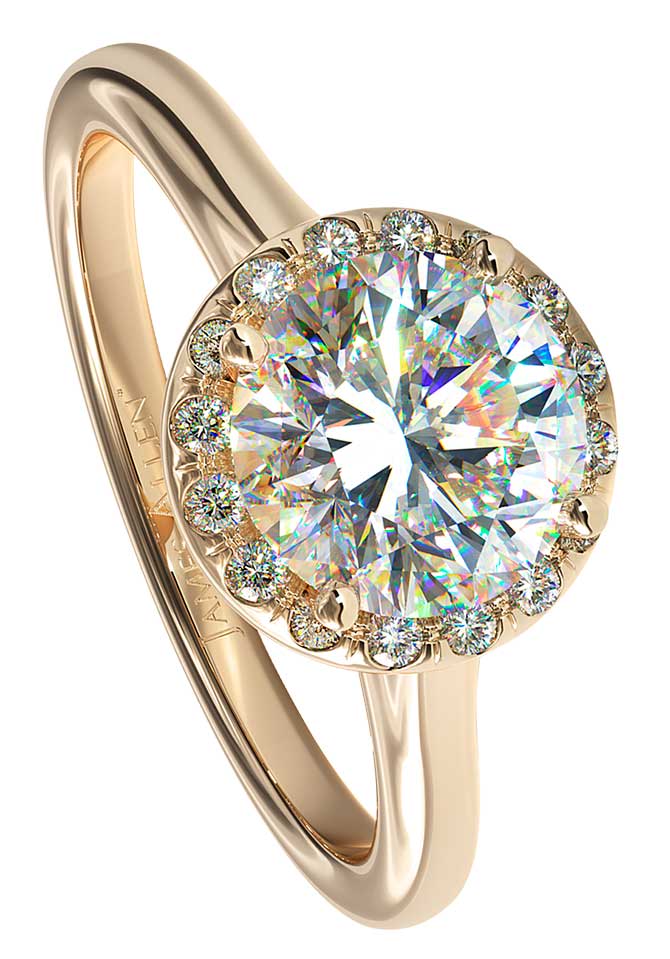 In August, Signet ­Jewelers paid $328 million for the owner of James Allen, generally considered the second-largest diamond e-tailer. The two have had a long-standing relationship: R2Net, James Allen’s owner, provides back-end support for Jared’s online sales. Signet CEO Gina Drosos said that not only will the purchase make Signet a bigger player in the e-tail world, but the company hopes to take advantage of James Allen’s diamond-­display technology and success in reaching millennials. 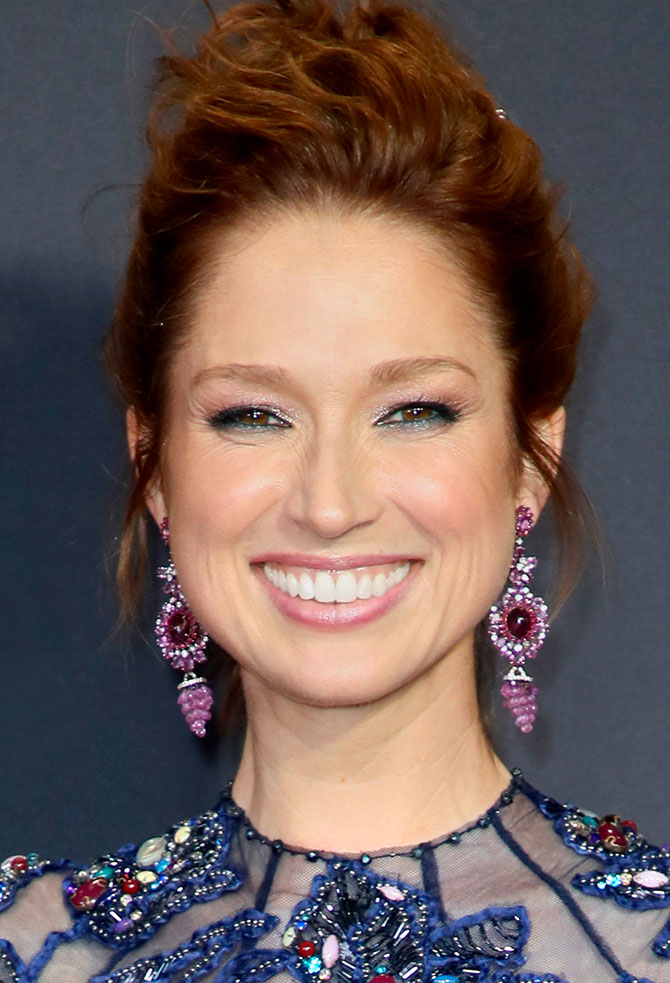 Our color-loving hearts couldn’t have been more thrilled with the rainbow of jewelry at the Sept. 17 Emmy Awards. Modern Family’s Sarah Hyland selected orange sapphires, fire opals, and rubies by Lorraine Schwartz. Susan Kelechi Watson (This Is Us) shimmered in beaded citrine chandeliers by Neil Lane. Jane Fonda rocked a Gismondi 1754 suite—including a backlace!—featuring 110 carats of emeralds. Big Little Lies producer-star Reese Witherspoon chose classic sapphire and ruby designs by David Webb. Not that we have anything against diamonds! (See Zoë Kravitz’s classic but chic Tiffany & Co. necklaces, rings, earrings, and bracelet.) We just like to see more than white on the red carpet. 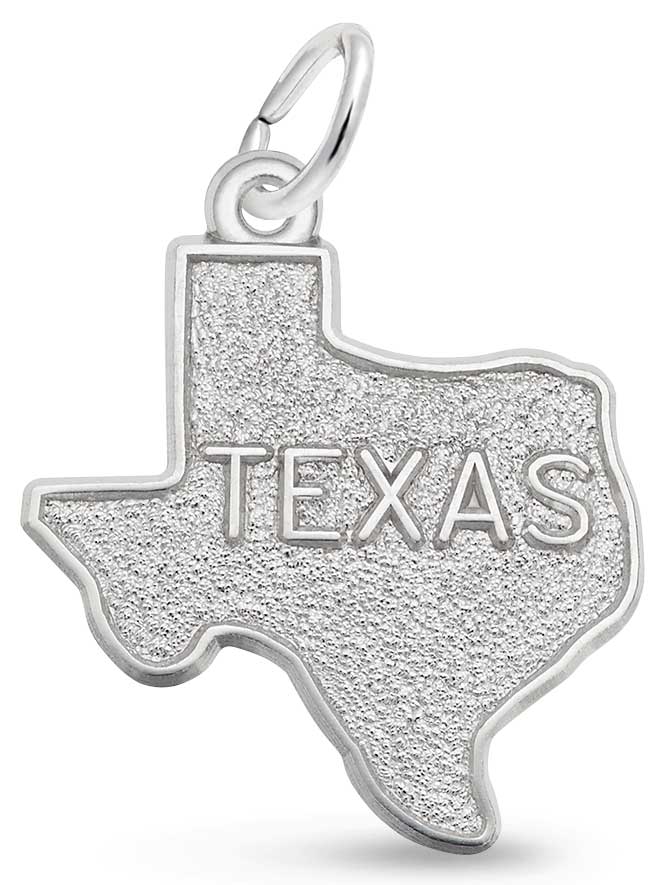 As the summer ended, the United States was walloped by a trio of hurricanes—Harvey, which hit Houston; Irma, mostly localized to Florida; and Maria, which ravaged Puerto Rico. To help retailers affected by these and future disasters, Jewelers of America, the Diamond Council of America, and National Jeweler have established the Jewelers Disaster Relief Fund (gofundme.com/jewelersrelieffund). LUXURY, JCK Events, and JIS Events are fund partners.

In September, Rembrandt Charms donated proceeds from sales of its 10 Texas charms to the Jewelers Disaster Relief Fund.