Did you hear about the ­blinged-out guitar? Or the blue ice cream cone? Over the course of two decades, Luxury by JCK has featured a lot of luxury and a ton of fun. This year’s event, which runs from Wednesday, May 29, through Monday, June 3, is poised to be the most luxurious—and most exciting—ever. 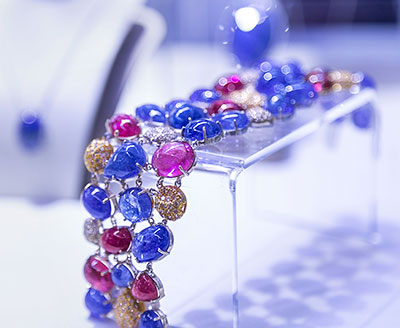 This year marks the 20th Luxury by JCK. (The first edition was in 2000.) From the start, the show has been about offering an elevated experience to select buyers and exhibitors, in a more relaxed environment than the main JCK Las Vegas show. (The first two days of Luxury are ­invitation-only; the last four are open to all JCK showgoers.) “It’s a nice way to ease into the JCK show,” says Sarin Bachmann, event vice president for the JCK and Luxury shows.

In honor of what Reed Exhibitions is calling the 20th anniversary of Luxury—though ­organizers admit there was a little debate about that, given that this year’s show marks 20 editions, but only 19 years—here are 20 tidbits about JCK Las Vegas’ smaller, ritzier, but at the same time somewhat more casual younger sibling. 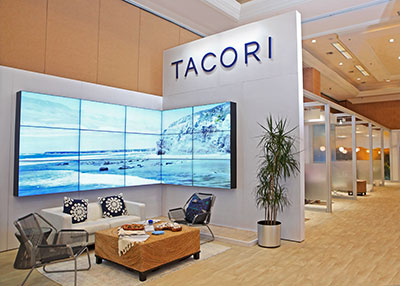 1. This year, when Luxury and JCK Las Vegas move back to The Venetian and the Sands—following eight years at Mandalay Bay—Luxury will be located for the first time on the JCK show floor, as well as in the adjacent Venetian Ballroom and the ballrooms across the hall housing exhibitors such as Forevermark, Le Vian, Tacori, Takat, Tissot, and Verragio. 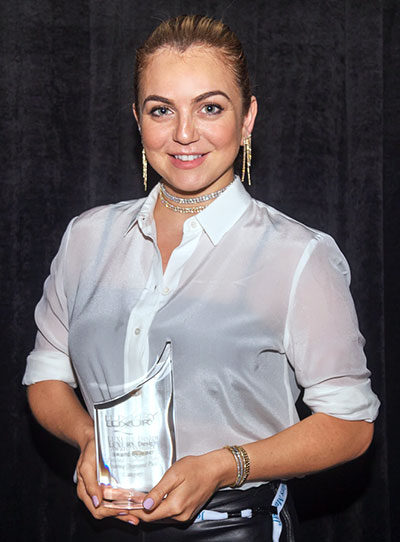 4. Among the food on offer this year: ice cream in a blue cone. Reed Jewelry Group’s special events and conference director Kate Youngstrom says the cone has a “cognac blueberry flavor” and tastes “amazing and crazy.” 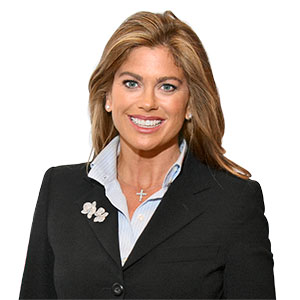 7. For its first three years, Luxury took place in the upstairs suites in The Venetian. “Some people liked the suites,” recalls Bachmann. “But there was a bit of threshold resistance. After all, you were going into someone’s bedroom.”

8. In 2017, the show created Design@Luxury, a ­curated pavilion for high-end designers. This year, Design@Luxury is doubling in size and will feature ­approximately 20 jewelry brands, including Alishan, Dorian & Rose, Jennifer Dawes Design, and Just Jules.

9. One particularly unusual visitor in 2016: a blinged-out guitar, which Guinness World Records officially dubbed the guitar covered with the most gemstones and zirconia (more than 16,000, in fact). The instrument probably didn’t have a lot of competition for that title, but it’s still impressive.

10. Luxury plays a role in the book The Southern Education of a Jersey Girl: Adventures in Life and Love in the Heart of Dixie, by Jaime Primak Sullivan. In it, the star of Bravo’s 2014 series Jersey Belle covered the show for a magazine, and romantic complications ensued. 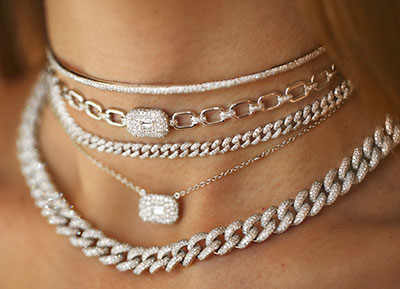 12. The show attracts retailers and exhibitors from 46 countries, including those coming all the way from South Africa, New Zealand, Hong Kong, and Japan. 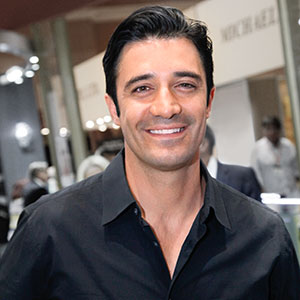 14. You never know who you’ll see at Luxury. Celebrities who have attended include Elizabeth Taylor, Pamela Anderson, assorted Dancing With the Stars pros and competitors (including Gilles Marini, pictured), and future first daughter—though no one dreamed it then—Ivanka Trump. 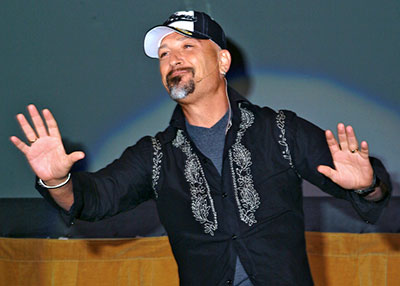 15. For years, Luxury featured entertainment for exhibitors and retailers. Musical guests ­included such legends as the Pointer Sisters, Earth Wind & Fire, and the Beach Boys. Plus there were comics: Howie Mandel (pictured), who went over so well he was asked back; Dana Carvey; and Wayne Brady from TV’s improv comedy Whose Line Is It Anyway? Authors who have spoken at the show include Mark Victor Hansen (the coauthor of Chicken Soup for the Soul) and Jack Mitchell, author of Hug Your Customers. 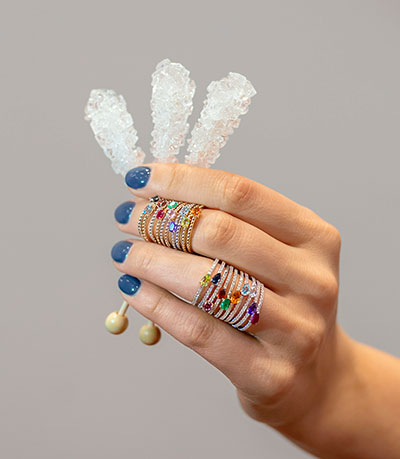 16. This year’s keynote will be delivered by Scott Stratten, the head of UnMarketing. He will speak about how to “Stop Marketing and Start Engaging” on the morning of Wednesday, May 29.

17. The 2019 Luxury show will feature a wall that tells the story of the show and is designed to be Instagrammable. There will also be an in-store experience station on the show floor with daily “activations” designed to give retailers ideas to take back to their stores. 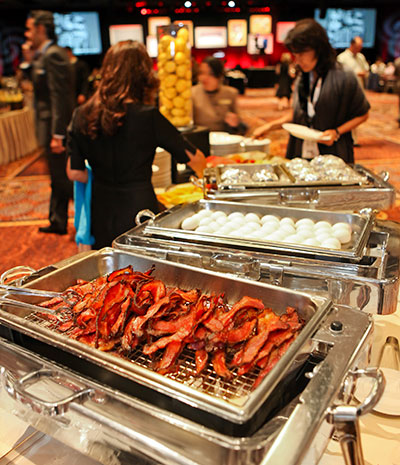 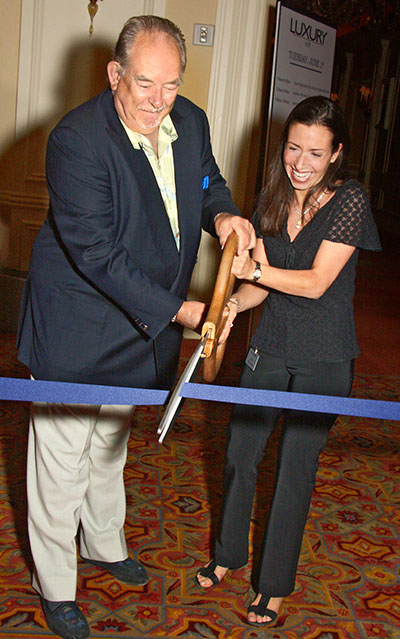 19. When the show moved to The Venetian’s ballrooms in 2004, Robin “Lifestyles of the Rich and Famous” Leach (pictured with Bachmann) did the ribbon-cutting.

20. If all this has gotten you psyched to celebrate the 20th Luxury show, be sure to attend the anniversary shindig on Thursday, May 30, from 9 to 11 p.m., at The Venetian’s Tao Beach nightclub.