Is your neighborhood going to the dogs? Do you fancy owning a regional chain instead of a lone store? Or are you just wild about windows? For three jewelry retailers, the solution to these and other issues was just around the corner—or across town.

A better neighborhood. For Lew and Caroline Hill, owners of Van Scoy Jewelers, Wyomissing, Pa., moving to a new location provided the opportunity to house their business in a better neighborhood, expand and update their store, and move closer to their customers.

The Hills opened their original store in 1978 in a shopping center north of Reading, Pa., on Route 222. And there they stayed for 24 years as the shopping center declined. The original anchor tenant was a Nichols store, which was eventually replaced by a Kmart. Most of the original tenants left and were replaced by merchants who catered to a different clientele—an arcade, a Goodwill store, and a fabric shop. According to Lew Hill, the final straw came when a dollar store opened in the center. “The area was declining, there was no question about that,” he says. “Not to say anything bad about those places, but we weren’t competing for the same customers.”

In April 2002, after looking at a variety of sites, the Hills moved to a new shopping center in Wyomissing, just west of Reading, called Broadcasting Plaza. The location had a lot of advantages. The shopping center was new. Its anchor tenants were Target, Barnes & Noble, and Bed Bath & Beyond. The store is next to a Panera Bread bakery-cafe, which Lew says attracts walk-in customers. Finally, the anchor tenants are big advertisers, which also helps draw new customers.

The Hills had another reason for choosing the location. A ZIP code analysis revealed that their original store was located at the edge of their customer base—and they had difficulty attracting new customers. “They just didn’t go to that part of town to shop. People are only willing to go so far,” Lew says. “We moved closer to the center of our geographical customer base. Since the move, we’ve added 2,000 names to our mailing list.”

The desire for a better neighborhood coincided with a need for additional space. The move addressed both issues. “We needed more space—there was no question about that,” Lew says. “We wanted to add product.”

The new store has 100 running feet of display cases, nearly twice the amount in the old space. The showroom also has separate areas for bench work and appraisals and several sales stations. The additional space allowed the Hills, for the first time, to add two watch lines and two lines of silver jewelry.

The stations are spread along the floor, which not only creates a nice appearance for customers but also aids security. “It’s advantageous to spread out the work staff,” Lew says. “When someone walks in the door, there is always someone on the floor. We have a room encased in glass where we can look out on the floor. But it has drapes so you can meet customers and vendors in private. We’ll do appraisals here from time to time, and when we meet with suppliers they will not have to be visible from the store.”

In addition to the showroom, the new store has a large office area and a conference room.

Business for the first year was up 20%, Lew says. He attributes some of this growth to hosting special events, such as designer days, customer appreciation nights, and a Chamber of Commerce event. “That helped a lot,” he says.

The center of the universe. 1380 Massachusetts Ave. in Cambridge, Mass., isn’t a typical address. It’s located in the middle of Harvard Square, arguably the intellectual hub of the United States. That makes it one of the most desirable retail spaces in the country.

When the three-story, 6,100-sq.-ft. corner property suddenly became available, 50 retailers jumped at the chance to occupy the space. The winner of the mad scramble was Alpha Omega Jewelers, considered by many to be the premier watch retailer in the Boston area. That made Raman Handa, Alpha Omega’s president and CEO, a very happy man. “We are thrilled,” he says.

He’s not the only one. “The watch companies consider it one of the top two locations in the country,” Handa says. “Every president and CEO of all the major companies visited the space, and when they saw it everybody offered their support. They are all really passionate about this space.”

Alpha Omega has five stores and several Xpress stores, which sell watches for under $1,000. The new store, which opened Nov. 22, is the company’s second in Harvard Square. Even though the project is termed a relocation, Handa decided to keep open the other Harvard Square store, whose 2,800-sq.-ft. space includes the company’s offices. The new flagship store is dedicated solely to retail.

The building’s historic façade boasts a feature that exceeds the wildest dreams of most retailers: 21 windows. “You know what windows mean in the watch business,” says Handa. “They’re billboards. Billboards in Boston run from $20,000 to $25,000 a month on average.” And indeed, Handa uses the windows to advertise the many luxury watch brands that the store sells.

If Harvard Square’s well-heeled foot traffic is what makes it a retail paradise, then Handa’s building—centrally located in the square and fronting a major subway station—is the prime spot in a key location.

“The people that walk by this building are very qualified,” Handa says. “Their financial status is very good. They are educated, upscale people who appreciate all the good stuff and good jewelry. They are lawyers, professionals, actors, sports celebrities. Everyone in the world likes walking on these streets.”

The store’s first floor (below ground) is a service area, the second floor houses luxury Swiss watches, and the third floor is used for fine jewelry and watches. There’s also an Xpress store at one of the entrances as well as a small café. “This is so the kids from the train station can come in through there,” Handa says. “Yet it is separate from our guild stores so traffic doesn’t mix.”

While the outside of the building maintains its historic appearance, the inside, designed by GRID3 International, New York, has a modern, clean, and elegant look, Handa says. Construction began in mid-August and was finished in time for the Nov. 22 opening.

“It was really fast,” says GRID3 executive vice president Keith Kovar. “The construction manager, store fixture company, and ourselves had worked on a couple of Alpha Omega projects before this. We had a sense of what they wanted, and it moved. To do that big a project in such a short period you really have to go into it headlong.”

Handa says he looks forward to increasing jewelry sales, which at present account for a small portion of total sales. His goal for the new flagship store is an inventory mix that’s 40% jewelry. “We are already doing five to 10 times the amount of jewelry that we did before we moved,” he says.

Relocation with a vision. In 2000, Art Eisenstein, CEO and owner of Time Piece Jewelers in Bowie, Md., needed a larger store. He wanted more showroom space as well as more office space to serve as a headquarters for the regional chain of stores he hoped to develop. But he didn’t want to leave the community in which he’s an active participant. His solution: Move to a larger space in the same shopping center, the Free State Mall.

Not all went as planned, but in the end, Eisenstein succeeded. He now has three stores in three Maryland counties and plans to open more. (In addition to Bowie, he has stores in Edgewater and La Plata.)

When an anchor tenant vacated the Free State Mall, it provided Eisenstein with the opportunity to get a larger space while negotiating a better lease than the one he’d signed when he opened his first store in 1997. At the same time, he was planning his multiple-store expansion.

“It was a way to renegotiate a smarter lease and get a bigger space for just about what we were [already] paying. And we needed the bigger space and infrastructure for us to continue our vision,” Eisenstein says. “We wanted to make sure existing businesses would stay afloat while all of the new biz was going on.”

“We have much more space to work with,” he says. “Sales associates have more freedom, our service and repair jeweler has his own workshop—it’s night and day. Before, we pretty much did jewelry repairs in a little hallway. Now they have a built-in office and workshop. I used to work out of a cubby. Now I can sit with a customer, or whatever the case may be, in an office.”

Eisenstein didn’t use an interior designer. Before opening his own store, he worked for many years at Finlay Enterprises, eventually becoming regional manager and director of stores. His responsibilities included working on new locations and prototypes, which provided valuable experience in opening multiple stores. “By working in the business for so long, we were able to open kind of smart in terms of design and layout,” he says. “With Finlay, layout and space allocation is everything. That helped me get up and running.”

The new lease Eisenstein worked out with the shopping center included a provision requiring the center to construct the new space. This turned out to be both a blessing and a drawback. While Eisenstein didn’t have to make many construction decisions, and much of the cost was offset by the property owner, he lost control of the construction process, and delays resulted in the store’s opening eight months late. In fact, it opened only two months ahead of the second Time Piece store, in Edgewater (at the South River Colony Shopping Center).

“By my not paying the cost for a lot of the buildout, I lost control of the construction,” he says. “The shopping center did work very well with me, and I am thankful for the way they dealt with the situation.”

Eisenstein opened his third store in June 2002 in La Plata. This time he faced a different challenge—a tornado wreaked havoc on the town. “I was hanging my last light bulb when the tornado came,” he says. But he was able to rebound from that near disaster as well as from the difficulties that come with growing too quickly.

“I never thought that when I was expanding I would have three stores in different counties. It was just like we landed in these locations and you don’t think of the dynamics till afterwards,” he says. “We expanded almost a little too fast for our britches. Thankfully, we had a great Christmas.”

Movin’ on up? The decision to relocate a business is not one to be taken lightly, and the three businesses considered here experienced their share of problems and challenges after deciding to move. But in the end, relocation helped pave the way for the owners to meet their goals and realize their visions. 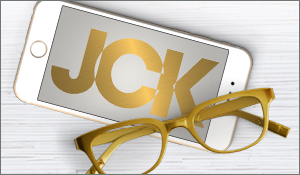 The Plumb Club, a New York–based coalition of suppliers from…

Experienced diamond cutters and gemologists are improving their ability to…

Gemological Institute of America (GIA), the gem and jewelry industry’s…

Charms have always been an industry constant. Some consumers gravitate…