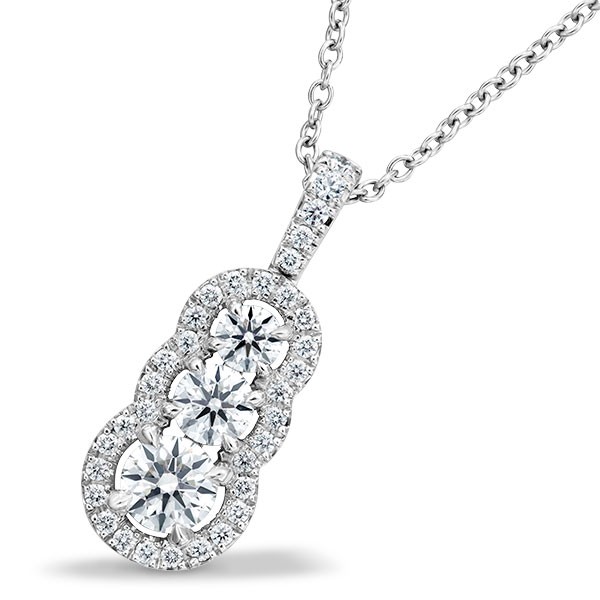 Politics, politicians, and the world itself look much different today than they did four years ago—or four months ago, for that matter. The COVID-19 pandemic has changed the world as we know it. And yet independent retailers tell JCK that the most pressing challenges our industry faces remain remarkably familiar. Here are five key issues jewelers say will be affected by the outcome of the November presidential election.

While the U.S. economy took a nosedive in March with the spread of the coronavirus—prompting mass layoffs, shuttering stores, and undermining equities markets—Lonnie Iannazzo, owner of Vincent Anthony Jewelers in Tulsa, Okla., says he hopes the robust business environment that preceded the pandemic over the first three years of the current administration will regain its footing once businesses reopen.

“Not to say that when the market goes down as far as it has it doesn’t make people think,” Iannazzo says. “If this were to last the rest of the year, [Trump] could really have a problem getting reelected. But before this, things had been going well for the country.”

Like other small-business owners, independent jewelers face a potential cash crunch trying to keep staff and bills paid as funds dry up.

“We had such a good fall and spring that I was paying off most of our vendors,” Iannazzo says. “But right now I wish I had that cash available. I’ll probably have to go to my personal funds to service loans and such.”

At press time, Iannazzo was working with employees to help them maximize their benefits from the federal stimulus package. Expanded unemployment benefits—which include increasing individual payments by $600 a week—seem especially helpful, he says.

The best plan for jewelers, Iannazzo suggests, is remaining flexible and compassionate toward customers and staff. “This is unprecedented,” he says. “I’m used to going up and hugging customers. Then we moved to elbow bumps. Now we can’t even get close.”

In November, the Trump administration formally notified the United Nations that it would withdraw the United States from the Paris Agreement on climate change (which the president has called “a hoax”).

“I am very concerned about the environment, especially global warming,” says Melvin Reisz, owner of Summerwind Jewelers in Portsmouth, N.H. “We need a president elected who is going to be able to work with both Republicans and Democrats to get us closer together on this.

“The fact that we have a president who denies its reality is scary,” Reisz continues. “You have to trust the people who have the background, facts, figures, and experience.”

Reisz suggests one potential silver lining to the pandemic may lie in using the unified global reaction to COVID-19 as a model for addressing climate change. “My hope would be that, once we get through this, it may be pretty easy to see that the global warming phenomenon is also a worldwide concern,” he says, “and that we could all work to solve that the same way, by following the science and working together.”

As insurance costs continue to soar, America struggles to contain the deadly coronavirus, and the U.S. Supreme Court has accepted yet another challenge to the Affordable Care Act, it’s no surprise that health care—one of the major issues of the 2016 presidential election—has returned to the forefront.

“The costs have become so astronomically high,” says Brian Millman, president of Shellé Jewelers in Northbrook, Ill. “For a company like ours, we’re talking hundreds of thousands of dollars. We want to give our people the best we can. But at the same time, we don’t want to go broke doing it.”

Millman says insurance companies are profiting at the expense of health care providers and consumers. He suggests the government increase competition among insurers by allowing businesses and individuals to shop for plans across state borders. “It would be wonderful if they broke down the walls for insurance, and you could shop state to state,” Millman says. “That would help out small businesses like ours.”

Another possible improvement would be creating “menu plans,” where shoppers could choose options—such as coverage of pre-existing conditions—to manage total cost.

“These are just some ideas,” Millman says. “Ultimately, I just want these costs to come down, because then everybody has more money to spend.”

In South Dakota v. Wayfair Inc., the Supreme Court ruled in 2018 that individual states can require online retailers to collect sales tax whether or not they have a physical presence in that state. This overturned previous law, under which consumers were themselves responsible for paying tax on goods they bought from out-of-state online sellers.

But according to Jim Brusilovsky, president and CEO of Marks Jewelers in Montgomeryville, Pa., the government must address the issue to establish full parity between online and brick-and-mortar sellers. For example, customers can still avoid paying tax on online jewelry purchases by having them shipped to states with no or lower sales tax.

“The government needs to become more forceful in making sure everyone collects sales tax,” Brusilovsky says. “For us in Pennsylvania, that represents 6% of the final price. That’s enough for someone buying a big diamond to save $2,000 if they buy it online.

“We’ve wrestled in our store with being innovative, new, funny, but we’re not Chanel,” he adds. “How much of a premium is someone willing to pay for us being local? We think it’s about 10%. Millennials have grown up with a device in their hand. Without fair and consistent collection of sales tax from all parties, the online jeweler takes over as the ‘local jeweler.’ ”

Given the global nature of the industry’s supply chain, independent jewelers have kept a close eye on the ­administration’s efforts to renegotiate deals with many of the country’s top international trading partners.

According to Charlie Davis, co-owner of two-store Skaneateles Jewelry in Skaneateles, N.Y., government needs to strike an equitable balance between facilitating trade with important foreign sourcing centers and protecting the interests of domestic suppliers.

With overseas suppliers, the benefits often mean lower pricing. “I’ve really been tracking these negotiations, because we do sell goods that come from abroad, and we want to be aware of the impact they have on our business,” he explains. “I can think of several instances in which they’ve definitely influenced what we pay.”

Conversely, Davis says domestic suppliers often excel in areas such as quality control, consistency, and delivery time. “The tipping point comes when we can’t be certain about quality or the time frame, the challenges we would face when working with overseas manufacturers. When you need something rushed, it’s a great benefit to source what you need from just down the road in New York.”