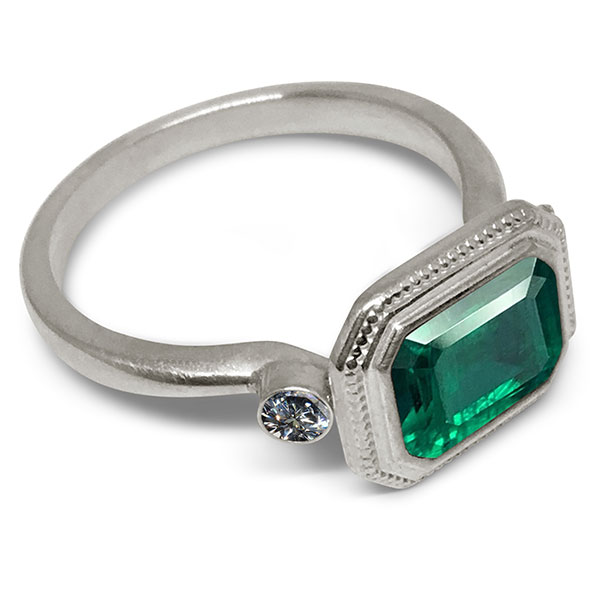 My first JCK show was a doozy.

It was 2000, and I’d just been hired by a fledgling B2B website called GemKey.com as its New York City–based pearl and watch editor. I knew nothing about pearls and even less about watches. A month into my new gig, my boss, Russ Shor, a former JCK diamond editor who would go on to work at GIA, told me I’d be going to Las Vegas to attend my first JCK show.

I was thrilled—and stressed. My dear friend Jeannie had just been hired by GemConnect.com, GemKey’s biggest competitor, and would also be in Vegas. I marveled at how we’d managed to luck into the same industry yet land jobs at rival websites. We tried to pretend it didn’t matter. But the tension was thick. A face-off at the Sands Expo, JCK’s then home, was inevitable.

Now, as the show prepares to return to the Sands after an eight-year spell at Mandalay Bay, all the emotions of my first JCK have come flooding back. The thrill of seeing gazillions of carats of diamonds under a single roof; the exhaustion I’d feel every morning crossing the bridge between Treasure Island and The ­Venetian; the discombobulation of trying to understand this strange and glamorous ­business; and, of course, the excitement and dread of knowing I was bound to run into my friend/professional adversary. (Jeannie and I ended up settling our differences over ­cocktails and roulette—as you do!)

In “And the Sands Played On,” senior editor Emili Vesilind asked five JCK show veterans to reflect on their favorite memories of the old Sands—and what they’re looking forward to seeing and doing this year, now that the venue has gone through a multimillion-dollar renovation. For old-timers like myself, the article is sure to prompt nostalgia. For newcomers, it’s a must-read guide to the show’s new-old home.

Other highlights of this issue: news director Rob Bates’ insightful analysis of the eco-friendly claims made by producers of mined and lab-grown diamonds (“How Green Is Your Diamond?”); Vesilind’s ­thoughtful first-person essay about what it was like to spend a day “working” at Washington, D.C.’s I. Gorman Jewelers (“Salesperson for a Day”); and the fourth entry in our 150th-­anniversary series (“150 Years, 150 Voices: Part 4”) by Whitney Sielaff, who happens to be my old boss from my days at National Jeweler.

Now in my 20th year as a jewelry editor, I ­understand something essential about the industry: It always comes full circle. And at the center of that circle lies JCK Las Vegas. The show is many things—a place to spot trends, meet customers, commune with friends, get educated—but above all, it’s where you go to appreciate your role in a centuries-old trade that year after year continues to feel fresh and exciting.