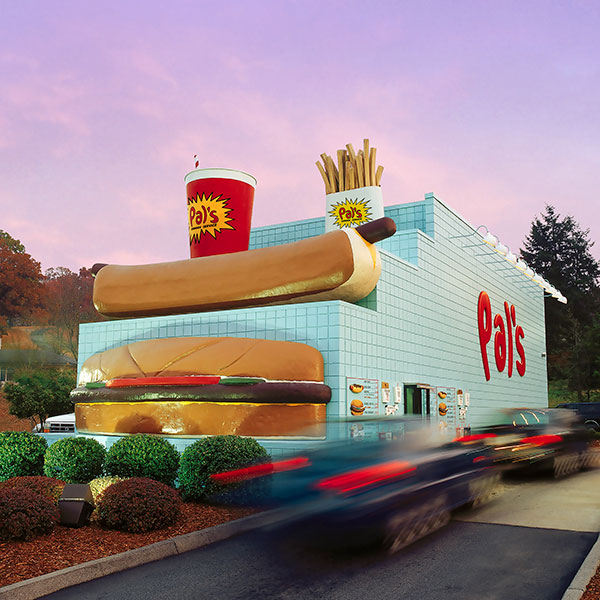 More than a few times, Chris Jordan sat in awe as he waited in the drive-through lane of his ­favorite restaurant. Regardless of day or time, a line of cars curled onto the road. The windows and landscaping looked immaculate. His order was filled correctly, and the staff—most of them hourly employees or teens with no interest in a food service career—served him with warmth and attentiveness.

“How do they do it?” Jordan wondered about Pal’s Sudden Service, a 1950s-style hamburger joint with 29 locations scattered across northeast Tennessee and southwest Virginia.

As co-owner of Dempsey’s Jewelers in Johnson City, Tenn., Jordan constantly hunted for ways to advance his family’s 26-year-old retail store. Located amid more than a dozen local jewelry shops, and facing the challenges of running a small business, Jordan drew a direct line from continuous improvement to long-term sustainability.

In Pal’s, Jordan found inspiration and actionable pathways to progress.

It’s fair to ask what a jewelry retailer like Dempsey’s, which specializes in custom jewelry and upscale lines such as Le Vian and Simon G., could possibly learn from a seller of burgers, fries, and shakes. But Pal’s isn’t just any restaurant operation. In fact, the chain is one of only about 100 recipients of the Malcolm Baldrige National Quality Award, bestowed by the U.S. Department of Commerce upon businesses that exhibit performance excellence.

That honor spurred Pal’s, a family-owned company with an interest in paying it forward, to create the Pal’s Business Excellence Institute (BEI). For the past 18 years, the nonprofit educational center, located in Kingsport, Tenn., has shared the drivers of Pal’s success with a diverse array of ­entities ranging from healthcare systems and hotels to school districts, government agencies, and retailers while championing one core message: The more extraordinary a business gets, the easier it becomes to manage that business, build loyalty, and boost performance.

“When you do the basic things extraordinarily well, your customers can count on you—and it will show in the ­results,” says Pal’s BEI vice president David Jones, adding that BEI graduates report improvements of 25 to 300 percent in sales and profits after integrating Pal’s key lessons into their own operations.

Last fall, Jordan and his father, Dempsey’s ­founder Dempsey Jordan, attended Pal’s BEI, eager to chart a path toward sustained growth and to fine-tune what they call “The Dempsey’s Difference.” Jordan says the two-day course, which included a behind-the-scenes tour of a Pal’s restaurant to see principles in action, confirmed some of his store’s existing practices, highlighted opportunities for ­improvement, and underscored the value of leaving one’s four walls to gather business-building ideas from other operations—even the local hamburger joint.

Here’s what Dempsey’s put into action:

Designing Out the Gray

With some 1,200 employees in its system, the brand standards at Pal’s could easily slip. They don’t. The company clearly articulates those standards to staff and then holds all employees accountable. No exceptions.

“At Pal’s, you’ll see everyone in 100 percent uniform standards and workers busy even if there are no customers around,” Pal’s BEI president David McClaskey says. “Our people know what’s expected of them, and that’s why Pal’s has four times the repeat business of its national competitors.”

Upon returning to Dempsey’s, Chris Jordan worked to “design out the gray.” He and his father crafted formal store policies and guidelines for customer interactions, then personally reviewed those details with each staff member. “Everything today is more black-and-white,” Jordan says of employee expectations. “If we’re not precisely clear about the culture we’re trying to create, how will our staff ever know and buy in?” 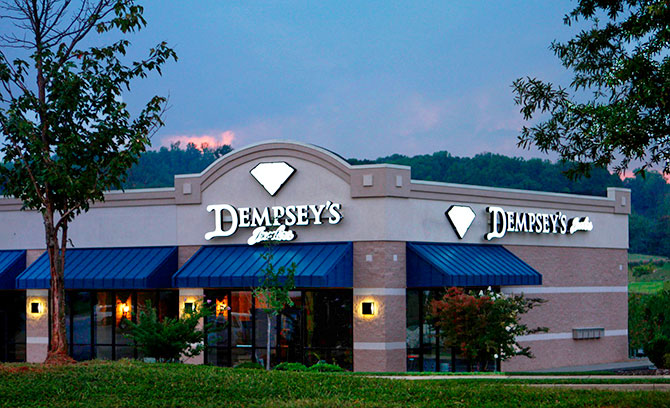 At Dempsey’s, Chris Jordan regularly employs one of Pal’s defining mantras: “A place for everything and everything in its place.”

Indeed, Pal’s champions efficiency and purpose. If items are scattered about, then staff members lose valuable time searching for what they need to serve customers appropriately. If Pal’s operators don’t reconcile time clocks following every shift, then payroll becomes more complex and time-consuming than necessary.

Adopting this philosophy, Jordan strives to eliminate anything that fails to mesh with Dempsey’s vision and ­objectives. “If something isn’t adding value, whether that’s a component of our training, a tool, or a product line, then it’s gone,” he says.

Committed to “succeeding at everything,” Pal’s breaks down every process into finely detailed steps. In filling a carbonated soda, for instance, there’s a precise way to hold the cup as well as specially designed ice cubes stored at a defined temperature.

“Excellence is in the details, which escapes a lot of people, and it’s because of this precision that we meet key customer requirements every time without fail,” McClaskey says.

Though Dempsey’s already prided itself on attention to detail, Pal’s unrelenting precision showed there was another level to reach. When taking in a repair now, for example, Dempsey’s staff follows a strict process to ensure no detail goes overlooked.

Investing in the Right Team

At Pal’s, the employee turnover rate is half the industry average, which Jones attributes to an unbending human resources ­philosophy: Hire for attitude; train for skill. The right people led the right way, he says, fuel operational excellence.

Much like Pal’s, Chris Jordan understands that people drive Dempsey’s business, which is why he has heightened his ­emphasis on staff management since attending BEI. He’s designed new hiring standards and training protocols, ­incorporated daily meetings before the store opens to improve transparency and facilitate collaboration, and ­instituted weekly meetings with each employee to understand how Dempsey’s leadership can better position its staff for success.

“This has improved staff morale and charged up our team,” says Jordan—so much so that Dempsey’s is considering sending key staff members to a future BEI session.