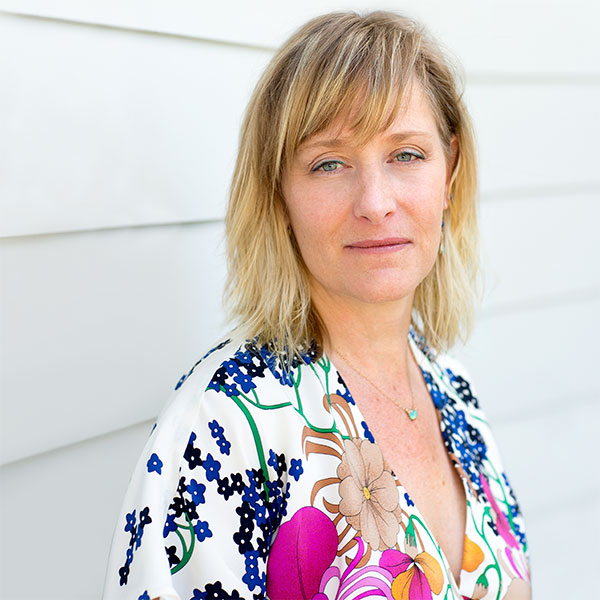 It’s one of Jennifer Dawes’ taglines for her Sonoma County, Calif.–based jewelry business, Jennifer Dawes Design, but it might as well be the mantra for her life. Known for her modern organic aesthetic, vintage details, and holistic attitude toward art, Dawes has taken quite a circuitous path to where she is today. Along the way, she has sharpened her craft while evolving as a human being, embracing sustainability, and establishing herself as a true leader in the industry.

This year, Dawes celebrates her 18th year in business—a milestone she’s calling her “18k anniversary.” And for the 47-year-old native of Rye, N.Y., the excitement over creating new pieces that showcase the very best metalsmithing and gems is just as intense as ever.

“I used to be really concerned that my work was too diverse, that my biggest weakness was that I didn’t have this one look that most designers have,” she says. “What I’ve found is that it’s actually my biggest strength. I design from the heart. I let the materials lead. I’m not bogged down by a look. This is as authentic as it gets.”

Dawes came to jewelry-making through metalwork. When she was 18, she took a postgraduate year at Michigan’s Interlochen Center for the Arts, and within the first hour of her first metalsmithing class, she says she had a “transcendental experience” and knew what she wanted to do for the rest of her life: Work with metals.

“To me, the manipulation of metal was such an ancient and magical kind of alchemical experience,” she remembers. “To be able to take a very hard substance and make it act like clay was so fascinating to me, and that’s what captured me.”

In the years that followed, through and after college (she moved to the West Coast in 1992 to attend California College of Arts and Crafts), Dawes worked as a blacksmith and as a structural steel welder before starting her own architectural metal company in the late 1990s. One of her contractors refused to pay, essentially forcing her to shutter the business. To make ends meet, she took a job with a local jewelry designer. In 2000, she struck out on her own.

Dawes struggled during those first few years, focusing more on technique than anything else, building her business but never really falling in love with what she was making and why she was making it.

Finally, in 2006, while pregnant with her first child, she had another breakthrough.

“I realized that I either had to stop doing what I was doing or I had to tear it all down and do it all differently,” she says. “From that point on, I embraced sustainability—this notion of creating something for my child and not taking away from the world. That’s when my work kind of loosened, became more organic, became more about an expression of my art.”

This new mindset meant a lot more effort on the front end. Dawes started using recycled golds and conflict-free gems so she could keep tabs on where her materials were sourced. To this day, the stones she chooses are ethically mined and often have a paper trail leading back to the mine and cutting facility from which they originated. She’s also a board member of Ethical Metalsmiths.

Once Dawes has charted the most sustainable path to each project, she designs in her Santa Rosa, Calif., studio with a clear mind, stepping back and letting the materials lead.

“I’m not in this business to make money; I’m interested in making beautiful things,” says Dawes, adding that most of her pieces retail between $2,000 and $5,000. “When I work with clients, essentially what I’m trying to do is create mini-vacations for them. This way every time they look at a piece of their jewelry, their breath is taken away. That’s how I know I’ve done my job well.”

This approach has attracted the attention of customers and store owners far and wide.

In California, customers from all walks of life perk up at the mention of Dawes’ name. (She is a bit of a local celebrity in and around wine country.)

Her ethics are another selling point for shoppers. Her willingness to stand behind her work means she’ll fix any ring for any reason at any point. In many cases, Dawes not only repairs the ring but also actually makes minor improvements—resetting pavé diamonds that have fallen out from constant wear or remaking settings entirely rather than just patching broken bands or bezels.

Like her clients, Dawes’ retailers are enthusiastic about both her business practices—which encourage confidence in the brand—and her design style. “There is something really enchanting about each of her pieces,” says Faran Peterson, sales manager at The Clay Pot in Brooklyn, N.Y. “The combination of satin finish over delicately hewn or hammered rings lends a certain ethereal glow to the gold.”

In recent years, social media has been a huge part of Dawes’ success—-starting with her website, where she has built an entire page of customer stories. On her Instagram account (@jenniferdawesdesign), which had nearly 52,000 followers at press time, she mixes artsy product pics with images of clients, store owners, and unidentified ring-stacking shots. Every now and again she’ll throw in a behind-the-scenes photo, like a basket of eggs from the chickens that roam her ranch.

Dawes insists she’s still trying to decipher the ins and outs of Instagram (she calls it a “quandary”), adding that while she’s worked hard to develop an organic following, she still hasn’t figured out how to track conversions from this platform. Pinterest, meanwhile, has been a great referral generator; Dawes declines to provide specifics, but says she’s gotten “many clients” from her Pinterest boards.

“There’s a resonance I think that I hit with people with my work,” she says, “because it comes from a very authentic place. I’m trying to do the right thing and be the voice of doing the right thing in the industry. I think it all just comes together.”

All great artists reinvent themselves continuously, and Dawes is no exception.

As she celebrates her company’s 18k milestone, she describes a host of plans for the future, including a new housewares line—she calls it “jewelry for your home”—that will incorporate large-scale welded-steel sculptural projects. In the meantime, Dawes will debut two jewelry lines at LUXURY during Las Vegas jewelry week: a white-diamond engagement line and a mountings collection.

Later in the year, she hopes to introduce a new jewelry line incorporating a different kind of metal—metal debris from the back part of her ranch that burned in Northern California’s devastating October 2017 wildfires. (Dawes herself didn’t lose anything, but her husband’s metal shop was destroyed.)

And she’ll continue to focus on mentoring young jewelry designers who are hoping to break into the business. She participates in the San Francisco–based Project Mentor program, which works to inspire and prepare women to become leaders in creative fields, and she has hosted three interns at her company in the last year.

Dawes sees these efforts as part of her emphasis on sustainability, considering that mentorship facilitates the long-term health of the industry.

“I have learned a lot through more than 30 years of experience, and it’s important to give support, guidance, and mentorship to people starting out in the industry,” she says. “This is not an easy industry to break into, and as retail is changing you have to either be incredibly innovative or independently wealthy to get into stores and build a brand. If I can help someone navigate that, it’s a role I want to play.”