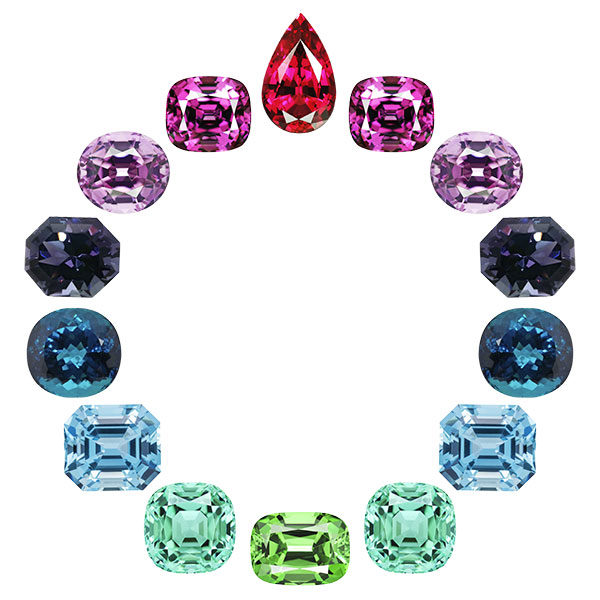 As per usual, buyers attending JCK Las Vegas will find no shortage of loose colored gemstones on the show floor. What sets this year apart, however—besides the event’s new-old home at the Sands Expo and The Venetian—is that the mix of gemstone exhibitors will include both domestic and international dealers, many of whom are known for carrying merchandise that isn’t found anywhere else.

Nicknamed the Global Gemstone neighborhood, the area, located across from registration on level 1, will house some 180 exhibitors segmented into ballrooms, such as the Fine Gems ballroom, a grouping of many of the highest-end gemstone dealers in the United States, says Sarin Bachmann, event vice president for JCK and Luxury.

“In addition, for the very first time in Las Vegas, we have assembled around 50 ­members of the International Colored ­Gemstone Association,” Bachmann says. “The ICA ballroom will be playing host to some of the most prominent suppliers, mine owners, and cutters of colored gemstones from around the world.”

Bangkok-based Nomad’s, a specialist in finely cut gems, will be there with its cache of rainbow-hued finds, including gray and pink spinels, blue-green tourmalines, and every variety of green garnet, from grossular to tsavorite to demantoid.

Tourmaline in superhot “lagoon” colors will also be the draw at Los ­Angeles–based B&B Fine Gems, according to ­principal Dave Bindra, who says he expects the gem conversation in Vegas to focus on ­sustainability and the challenges of ­creating transparency in a trade known for its ­opaqueness. “But it has to start with dialogue,” he says. “It’s important for us to create accountability in our trade.”

The Global Gemstones area opens ­Thursday, May 30, one day ahead of the main show and the same day as the show’s education track, JCK Talks, which will feature two sessions dedicated to ­gemstones. One will look at 2019 gemstone trends, and the second, led by the nonprofit Gem ­Legacy, is called “Changing Lives in ­Gemstone Communities.”

And if the education and selection of fine stones aren’t enough to entice you, then come to the JCK show to gawk at exotic gems the likes of which may never be seen again.

“I’ll be bringing really rare, museum-­quality stones for collectors—like a 30 carat indicolite that’s one of the best I’ve seen and a couple fine grandidierites,” says Los Angeles–based Evan Caplan. “Even rarer than the ­grandidierites is a 42 carat jeremejevite—the one I have is clear; some are more to the blue side. It’s a spectacular stone.”