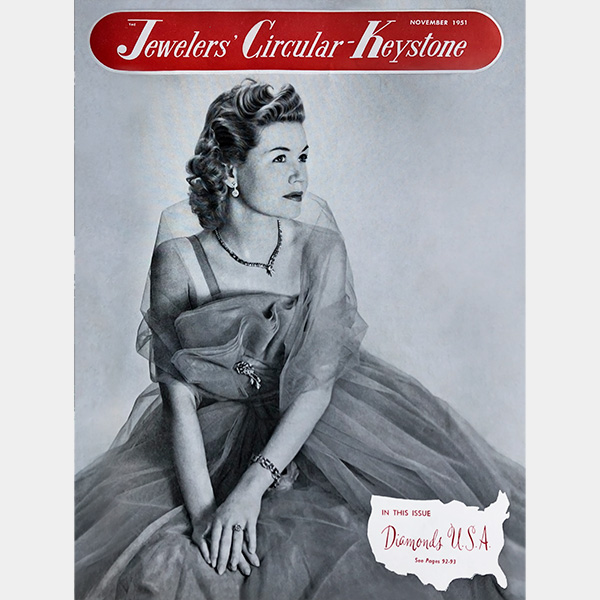 This 1951 cover of Jewelers’ Circular-Keystone is giving us major modern bridal vibes The beauty of this 1951 black-and-white cover is that it screams 1950s, yet feels utterly contemporary. (Can’t you just see Billy Porter wearing that brooch?) The model is 22-year-old Ann Crowley, star of the 1951 Milton Berle–produced Broadway musical Seventeen. She was one of a dozen or so models, actresses, beauty queens, and socialites iced out and dressed to the nines at the fourth annual Diamonds U.S.A. show in New York City. Each woman wore jewelry from such leading brands as Cartier, Harry Winston, Shreve & Co., and Black, Starr & Gorham. (Crowley’s dazzlers were from Detroit’s Wright, Kay & Co.) The biggest diamond trend at that year’s Diamonds U.S.A., FYI, was “no bigger than a quarter-inch of matchstick”: the baguette. “The demand is so great that entire cutting