The biggest news, hottest trends, and most eye-catching exhibits at JCK & Luxury 2019

The show featured lots of untapped ­talent under the Greek Jewels banner. The diverse collective, encompassing the work of 14 Greek designers showing for the first time at the JCK and Luxury shows, was supported by Enterprise Greece, a state organization that promotes high-end Greek products and services. All well-established but new to the U.S., the artists favored evil eyes, goddess-worthy statement jewels, references to Greek mythology, and colorful enamels evocative of Mykonos and Santorini. Textured metalwork, especially gold mixed with oxidized ­silver, was also a theme. Designers such as Anomy Pearls and Fa Cad’oro ­embraced the grandeur of gemstones, from Munsteiner-cut quartz to rainbow sapphires. —Amy Elliott 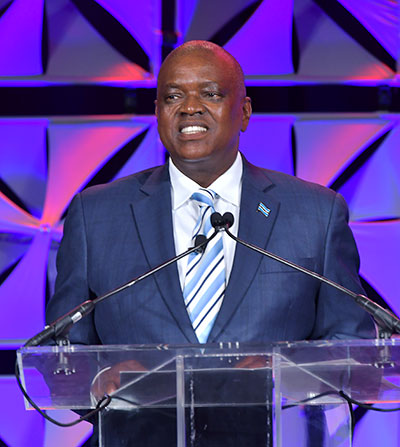 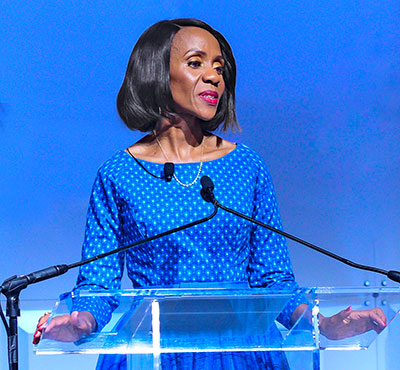 The JCK shows have hosted many prominent visitors, but never an actual head of state—until this year, when Mokgweetsi Masisi, the president of Botswana, and his wife, Neo, visited the show, tailed by an impressive retinue of security. At the Forevermark breakfast on May 30, the first lady—a former worker at a Botswana mine—gave a candid and engaging account of how diamond revenue has transformed her country. The next day, her husband struck the same note in his keynote speech—though his talk was temporarily interrupted by a protester enraged by Botswana’s recent decision to allow elephant hunting. By the end, Masisi returned to diamonds, a subject that clearly means a lot to him, and to his country. “When you wear a gem,” he said, “you carry a bit of Botswana with you. Please care about it. Because we care about it.” —Rob Bates

Inside its sprawling suite at Luxury, Forevermark showcased its ­first finished collection created ­entirely by the De Beers–owned diamond jewelry brand—and it was a stunner. The Forevermark Engagement & Commitment collection is composed of 11 classic-feeling wedding bands and 17 on-trend engagement ring styles with center diamonds in round, oval, and cushion shapes ranging from 0.3 ct. to 1 ct. (the company showed a tantalizing tray of rings fit with multicarat diamonds from partner Premier Gem, which are available through special order). The brand hopes the collection’s name feels inclusive, and reflects a shift in consumer attitudes: “Forever is no longer a fairy-tale ending,” said Forevermark U.S. president Charles Stanley in a statement, “and is instead created through the commitments that a couple makes to one another daily.” Pragmatism never looked so romantic. —Emili Vesilind

The fall 2019 catwalks heralded the return of a controversial ’80s fashion trend: neon. But rather than advocate a head-to-toe embrace of fluorescents, many stylists suggest their clients show a little restraint and opt for neon accessories. Enter chrysoprase, the ­apple-green chalcedony whose bright green glow lit up collections all over Las Vegas. Named for the Greek words for gold and green, the gem is beloved by designers for its cheerful good looks. “I’ve been drawn to chrysoprase for several years,” says Victoria Tse, who debuted a bracelet and ring at Luxury set with Greenland chrysoprase that’s surprisingly in demand. “The miner I purchased from contacted me a few months later to see if they could buy the gems back.” —Victoria Gomelsky 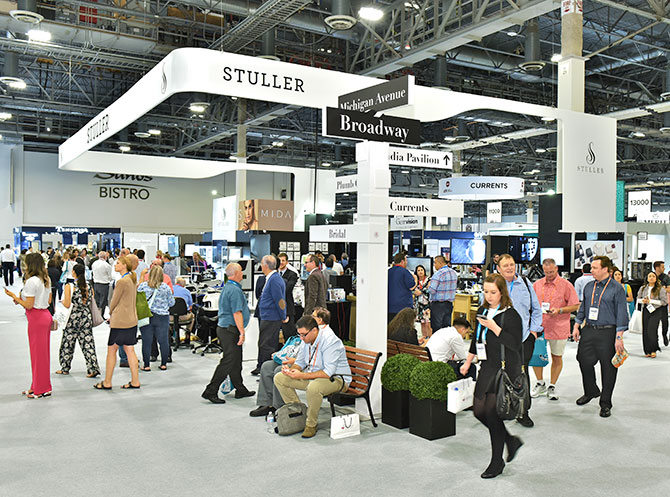 Location, location, location! JCK and Luxury showgoers were, by all ­accounts, thrilled to be back at the Sands and Venetian, smack in the middle of The Strip, where all the action is: cooler bars, loads of restaurants, and comfy suites. And let’s not forget the shows, which were easier than ever to navigate. Exhibitors and attendees alike appreciated the thoughtful touches throughout—everything from bottled water to rest-and-recharge stations to Mamava nursing pods. Bonus: If you were staying at the Venetian, the walk to the show took only a few minutes—giving you extra time to gaze at all that jewelry. —Melissa Rose Bernardo 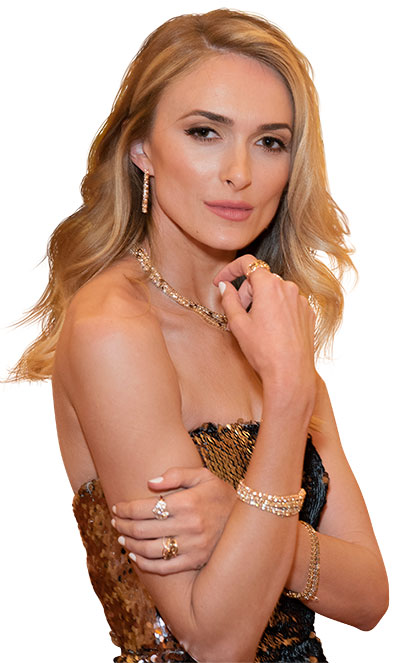 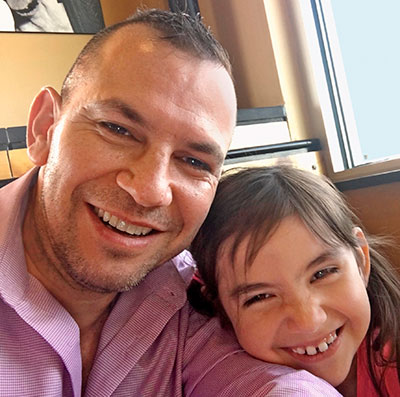 The Le Vian Red Carpet Revue—a trend presentation plus a high-energy fashion show—is an institution at JCK Las Vegas. But this year’s event, marking the 20th anniversary of Le Vian’s Chocolate Diamonds collection, struck a quieter, more poignant tone. CEO Eddie LeVian announced the company would match donations for children’s and cancer charities up to $175,000 in honor of his nephew Rafael Etessami, who died of stomach cancer last year. A billionaire attendee pledged $200,000, but it was a much more modest donation that brought the audience to its feet: Diego, a waiter working the event (pictured here with his daughter Isabella), pledged $200 on behalf of his father, who’d died of cancer. The evening ended up raising a total of $450,000. —VG

For most of the show, a question rumbled through the lab-grown section: What will happen with Rapaport? Prior to JCK, RapNet polled its members on whether the trading network should open its doors to man-made gems, and whether it should publish a lab-grown price list. Owner Martin Rapaport promised to announce the results at his annual Sunday-morning speech. But in the end it wasn’t close. By a 3-to-1 margin, RapNet members declared loudly and clearly that they didn’t want RapNet extending any kind of welcome mat. In retrospect, the result was probably preordained, given the continuing antipathy from many tradespeople—including Rapaport—toward man-made gems: After Rapaport announced the results, the audience cheered. —RB 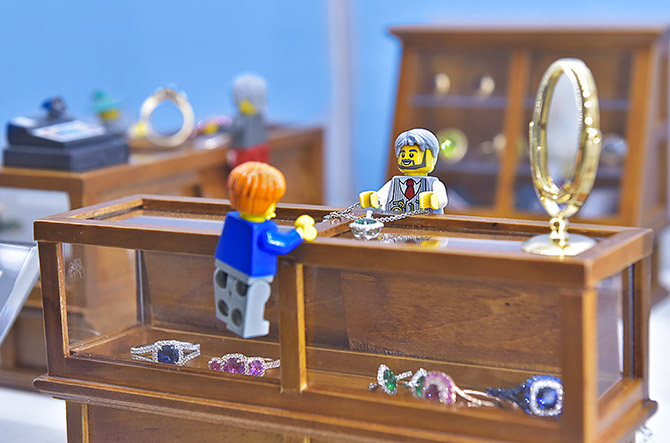 It can be difficult to explain the path a gem takes from mine to market. So the sales team at Omi Privé, purveyors of fine colored stone jewelry, opted to show the journey instead. Using Lego figures and dollhouse furniture (including an actual cutting wheel!), the brand created a clever window display at its Luxury booth that delighted passersby with its whimsical approach to storytelling: A miniature mine littered with rough was one of several tableaux depicting the various stages a gem passes through before it’s sold at retail. “We wanted to show how many hands are involved in the process,” said president Niveet Nagpal. “We’re trying to get people to stop and think about what we do.” —VG