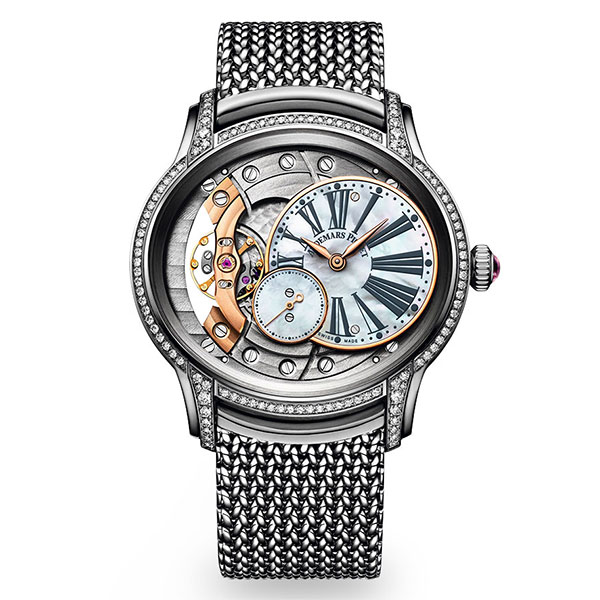 Ippolita Rostagno has bought back a majority stake in her namesake brand, Ippolita, from private equity firm ­Castanea Partners. Rostagno will become CEO, replacing Jill Beraud, and retain her ­position as chief creative officer. Minority investors include friends and family. In addition, the company has hired Diego McDonald, the president of Ghurka, as chief financial officer; brand veteran Beth Fazio as creative director; Ghurka alum Justin Sellman as head of digital and marketing; and Ann Acierno, of David’s Bridal, as senior vice president of sales and merchandising.

Mitch Horowitz, a former ad salesperson for JCK and ­National Jeweler, has been named director of sales and marketing at Dallas-based ­jewelry supplier Roseco.

Sarin Bachmann has been promoted to event vice president for the JCK Las Vegas and Luxury shows. Katie Dominesey has transitioned to a new role that will focus on mergers and acquisitions at parent company Reed ­Exhibitions but will remain event vice president of the JCK Tucson show. Bachmann will continue to report to Reed Jewelry Group senior vice president Yancy Weinrich.

Luxury Brand Holdings, parent company of Ross-Simons and Sidney Thomas, has appointed Evan Berkley, a former partner in Jacmel, to its board.

Darcy Penick has been named president of Bergdorf Goodman, which is owned by Neiman Marcus. She previously served as CEO of fashion e-tailer and Amazon subsidiary Shopbop.

Victoria McKay has stepped down as chief operating officer of the London Diamond Bourse after six years. Current operations manager Stacey Aylott will take over the day-to-day management of the club.

Angela Karaguezian ­Kassabian and Grace ­Karaguezian Terezian are taking over the Kirk Kara brand from their father, Kirk Karaguezian. He still plans to work in a “mentorship role.”

Sotheby’s has appointed Magali Teisseire as head of its jewelry and watch divisions for France and Monaco. She previously worked for auction house PIASA and e-commerce company Expertissim.

Liquidation companies Eaton Hudson ­and SimplexDiam Inc. have created a consultancy that advises jewelers looking to turn around their businesses, sell unwanted inventory, or liquidate their stores.

Michael Hill announced it will shut all 30 of the Emma & Roe charm stores it operates in Australia and New Zealand.

De Beers Group is purchasing Peregrine Diamonds, owner of the Chidliak diamond resource located in Canada’s Nunavut Territory, for $81 million. It also announced plans to close the Voorspoed mine in South Africa.