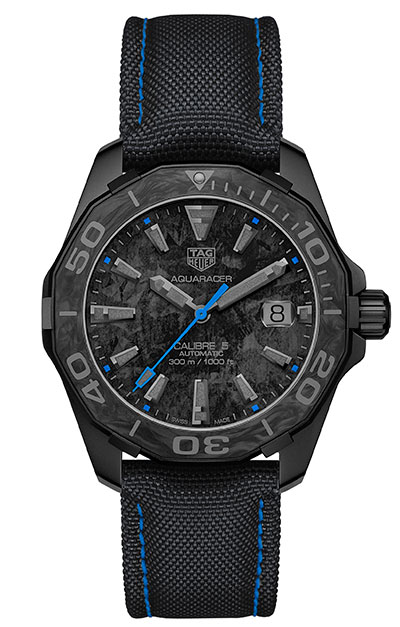 Jean-Claude Biver has stepped down from his role as CEO of LVMH’s watch division, though he will serve as the group’s nonexecutive chairman, a nonoperational position. Stéphane Bianchi, former CEO of beauty and cosmetics company Yves Rocher, will take over the watch division and directly lead TAG Heuer. In addition, Frédéric Arnault, son of LVMH chairman and CEO Bernard Arnault, has been ­appointed TAG Heuer’s ­strategy and digital director.

Michael Hill International has appointed Daniel Bracken as its new CEO. Predecessor Phil Taylor is stepping down because of a health issue. Bracken is currently CEO of Specialty Fashion Group, an Australian retailer that sells women’s clothing.

Jewelers of America has hired JCK publisher Mark Smelzer as a consultant for its new consumer marketing push and Elizabeth Brewer as a consultant to its membership department. Brewer previously worked at Brown + Partners, de Boulle Diamond & Jewelry, the American Gem Trade Association, and ­Diamond Council of America.

Tracr, the industry blockchain platform being developed by De Beers Group, has appointed tech exec Jim Duffy to be its general manager.

Anders Colding Friis, CEO of Pandora since 2015, has resigned. Until a successor is appointed, former Body Shop CEO Jeremy Schwartz will join the company as chief operating officer and will run the company along with chief financial officer Anders Boyer. In addition, the company has hired Sid Keswani, CEO of Texas grocery chain Fiesta Mart, as president of its Americas division and Nike veteran Geena Tok as its managing director for China.

In December, Stewart Wicht will retire from his role as president and CEO of Rolex Watch U.S.A. after nearly eight years heading the division. No replacement has been announced.

Phyllis Bergman has stepped down after 32 years as CEO of Mercury Ring to start a company that will consult with industry leaders on challenges they face. She reportedly will be replaced by Michael Harris.

The AGTA has elected Ruben Bindra of B & B Fine Gems in Los Angeles its new board president. He takes over from Jeffrey ­Bilgore, who has served in the role since 2016.

Jérôme Lambert, who has served as Richemont’s chief operating officer since last November, has been ­appointed the luxury ­conglomerate’s CEO. He previously ­headed ­Richemont brands ­Montblanc, ­Jaeger-LeCoultre, and A. Lange & Söhne.

The Israel Diamond ­Exchange has appointed Eran Zini, a veteran of the Israeli political and business worlds, as its new managing director. He replaces Eli Avidar.

Hans-Kristian Hoejsgaard has been named interim CEO of MCH Group, parent company of the Baselworld watch and jewelry show. He replaces René Kamm.

Patrick Pruniaux, who currently serves as CEO of Ulysse Nardin, will take over a second Swiss watch brand, ­Girard-Perregaux, along with its sister brand ­JeanRichard. All three companies are owned by Kering.

Signet will open a James ­Allen concept store in ­Washington, D.C., this fall that will feature what it calls a “millennial-inspired” shopping experience. Signet bought the e-tailer last year.

Watch rental site Eleven James has gone offline and apparently shut down, ­according to reports.

Fosun Group has paid $108.8 million to purchase 80 percent of grading lab International Gemological Institute. CEO Roland Lorie, who owns the other 20 percent, will continue to head the lab.

For the fourth straight year, Waterville, Maine–based Day’s Jewelers has been named one of the best places to work in Maine by the Society for Human Resource Management, part of the Maine State Council.