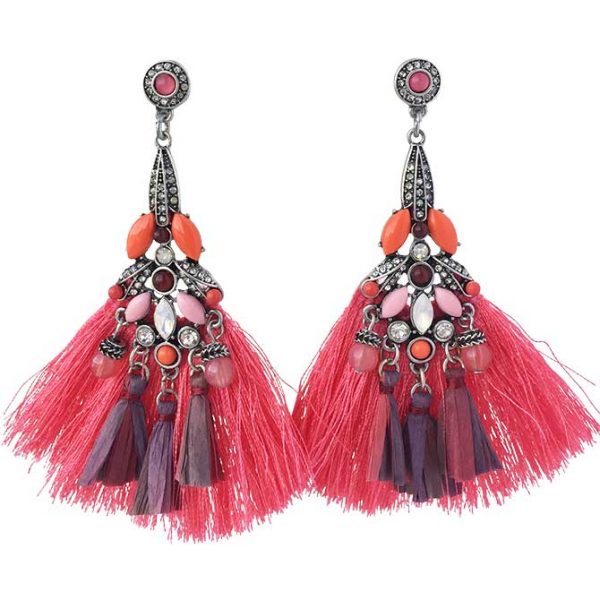 Guests filing into the spring Calvin Klein show this year were treated to another overhead installation by artist Sterling Ruby—but this time, there were actual axes dangling from the ceiling. For the front-row guests ­teetering to their seats in vertiginous heels, it was unsettling. But also intriguing. And that was precisely the point. Heeere’s Johnny!

The collection explored “American beauty and American horror,” according to Raf Simons, building on last season’s gaze at all-American tropes—Western shirts, varsity sweaters—but with a sinister undertone. So those denim separates? They came screen-printed with images from Andy Warhol’s Death and Disaster series. As one of the first shows on the New York Fashion Week calendar, would this portend the spring 2018 season to come?

In a way, it did. Many of the motifs here would become full-fledged trends: Americana popped up again and again (in addition to stripes, so many stripes, and a sprinkling of stars). But lest you ready yourself for a nightmare on Seventh Avenue, we have good news: Designers largely chose to embrace the upbeat, buoyant aspect of these themes.

Color—and its beguiling combinations—was the big story of spring 2018, and it was served up with merry exuberance. There were beautifully saturated hues at Tom Ford (fuchsia! electric blue!) and Marc Jacobs (orange! lemon chiffon!), as well as an extravaganza of pretty pastels: Sies Marjan, Victoria Beckham, and Delpozo among them. Pink, in all its optimistic shades, was especially prevalent—Rihanna’s Fenty x Puma show even featured a mound of sparkling hot-pink sand, over which motocross racers coolly flipped and somersaulted. 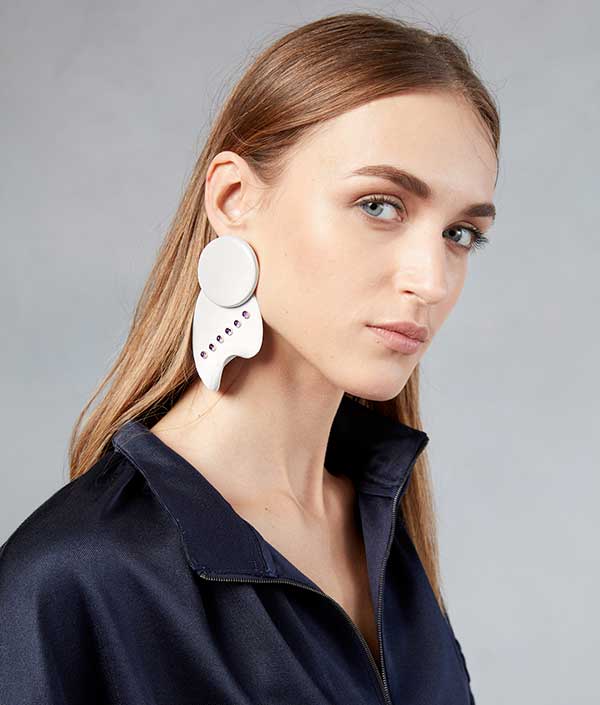 Others hitched a celebration of the color spectrum to an art theme. Both Carolina Herrera and Oscar de la Renta’s Laura Kim and Fernando Garcia worked the chic side of the Pollock paint splatter (read: more joyous, less CSI). The former—who showed at the Museum of Modern Art, a fashion first for the institution—accessorized with ­delightful multicolored beaded earrings (picture an explosion of rainbow sprinkles), while the latter, who presented at Sotheby’s, opted for doodle-like bracelets and floral danglers reminiscent of Matisse’s The Cut-Outs. Tibi’s Amy Smilovic also went abstract with sculptural ceramic earrings, done in collaboration with jewelry designers Paige Novick and Githan Coopoo. 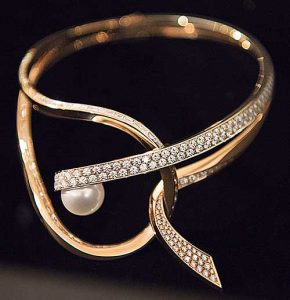 Fringe, deliriously long and swishy, was a big theme at Calvin Klein—although it took a decidedly dark turn toward slasher territory, to say nothing of the oversize red pom-poms hanging from the ceiling along with tin buckets (hello, Carrie!). But who would have known that Simons’ swinging motif would come to capture the season’s sense of freedom? The look was particularly directional for runway jewelry, whether Sachin & Babi’s gargantuan tassels, Tracy Reese’s fringed beauties that streamed past the shoulders, Diane von Furstenberg’s hoops with hanging charms, 3.1 Phillip Lim’s quirky mismatched drops, or Marc Jacobs’ elaborate chandeliers. On the subtle side: Monse’s single string-like earrings, which fell on both sides of the lobe and were styled with long spaghetti-fringe skirts. It’s about movement: letting loose and having fun.

That refrain also matched spring’s overwhelmingly laid-back vibe, which came through in über-relaxed silhouettes: tailoring with breathing room, floaty dresses, roomy shirting, and big ol’ sleeves. This new leisure life is filled with fresh blooms—florals were, per usual, a major motif—and island attitude: like at Michael Kors, who delivered ample tie-dye, palm prints, and…leis. And while not everyone may want to partake in the beachy swimwear trend—bras as urban wear, bodysuits cut high on the sides (the better to flaunt those chiseled model hips!)—they can definitely dip into the trend with beachy bijoux: Maryam Nassir Zadeh, Rosie Assoulin, and Rebecca de Ravenel all showcased seashell-themed jewelry.

Additional trends spotted on the spring 2018 runways include the continuation of hoops (check out Fenty x Puma’s amusing yin-yang take), multiple piercings à la Christian Siriano and Zimmermann—“They’re like tattoos now; everyone has them,” remarks Paul Schneider, owner of Twist in Portland, Ore.—and a sleek minimalism reflecting the return of the ’90s, as seen in Ralph Lauren’s futuristic collars and Dion Lee’s curvilinear silver bracelets. Prabal Gurung’s newest status as global creative director of Tasaki, meanwhile, demonstrated that we can have our architectural simplicity and luxe opulence, too—he gave us contoured rings and necklaces alluringly accented with diamonds, sapphires, and pearls.

By Fashion Week’s end, one thing was clear: Beauty ­triumphed over horror. Sometimes an ax is just an ax.