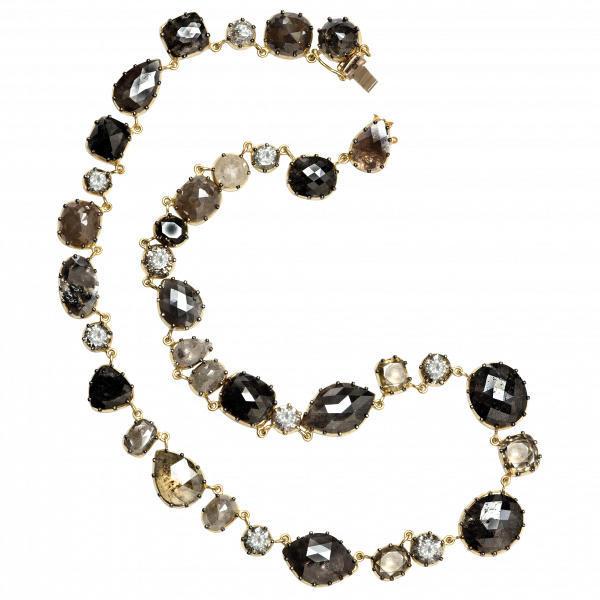 Once upon a time, there were two boys, Jirair Guiragossian and Harout Yepremian, who were the best of friends. They met in the Boy Scouts in Lebanon in the 1950s, where they acquired an appreciation for natural stones. As teenagers, the two Armenians became apprentice jewelers together. Just a few years later, each sat at his own jewelry craftsman’s bench in the same Beirut building. In 1964, Yepremian decided to move his young family to the United States, establishing his own jewelry business in Los Angeles. His pal stayed behind in Beirut. But when the Lebanese Civil War broke out in 1975, Guiragossian fled to Paris. There he became a master jeweler at Maison Cartier, but he yearned to be an artist with his own line. In 1984, he moved his family to LA, where he opened his own business in the same building where Yepremian worked: the California Jewelry Mart at 607 Hill St. So,

The shift from selling natural diamonds to lab-grown diamonds is…