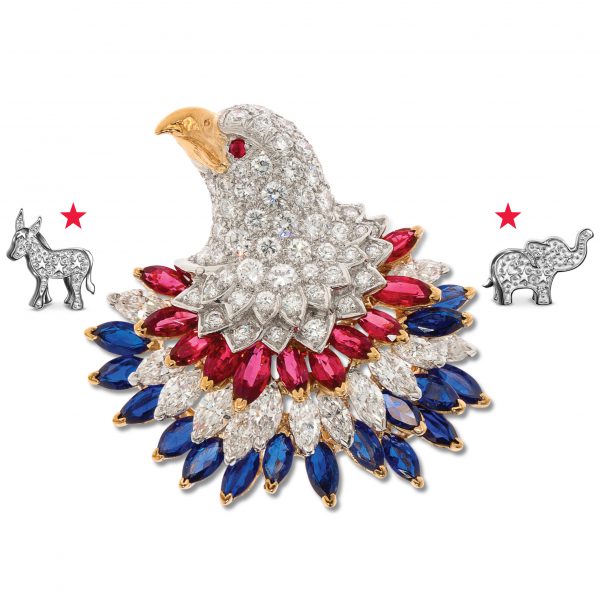 On the Leber Jeweler website, Leber has celebrated the push to legalize same-sex marriage, expressed opposition to the recent U.S. travel ban on Muslim-majority countries, and called out U.S. presidents—both Donald Trump and Barack Obama—for directives that run counter to the store’s own human rights viewpoints.

“At Leber Jeweler Inc., we stand firmly opposed to the travel ban [and] immigration and refugee freeze implemented by the president,” an unequivocal Leber wrote on the store’s online journal Feb. 3.

In today’s politically charged times, a small business broadcasting its political viewpoints might seem a risky proposition. We’ve long been admonished, after all, not to mix business and politics.

“Sometimes,” Leber says, “things just need to be said, and I’m not going to stay mute because it might cost me a sale.”

He isn’t alone. Plenty of jewelers across the country have shunned tradition and mixed business and politics lately. 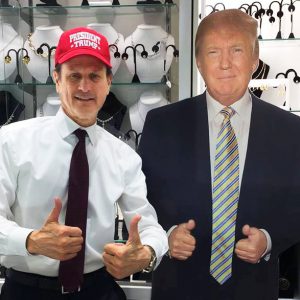 In the aftermath of the recent presidential election, Barry Fixler, owner of Barry’s Estate Jewelry in Bardonia, N.Y., posted a picture to his store’s Facebook page featuring a photo of himself standing beside a life-size cutout of President-elect Donald Trump. In the photo, taken inside Fixler’s 25-year-old jewelry store, Fixler (pictured) dons a red “President Trump” baseball cap and points two thumbs upward toward the camera. “I’m a bold type of guy and I am not afraid to let my opinions be known,” says Fixler, whose store sits 25 miles outside of Manhattan in an area that leans largely to the political left.

In the run-up to the 2016 presidential election, in fact, Fixler leased a nearby 750-square-foot storefront and built a pop-up Donald Trump headquarters. He personally created Trump gear and distributed more than 50,000 Trump-promoting products, including lawn signs, fliers, caps, and T-shirts. While shoppers from out of the area did not necessarily connect the Trump-championing storefront to the neighboring ­jewelry shop, Fixler says locals knew he was behind the effort. “I know I was potentially putting my livelihood on the line, but my country comes before my livelihood,” says Fixler, a former U.S. Marine who collected $10,000 in donations at his Trump headquarters that he then passed along to Hope for the Warriors, a ­nonprofit that provides assistance to U.S. service personnel wounded in action.

Last August, meanwhile, the New York City–based jewelry firm Lady Grey Instagrammed a handwritten note that owners Jill Martinelli and Sabine Le Guyader sent to Ivanka Trump alongside her order of ear cuffs. The note thanked her for her order before noting that proceeds from the sale would be directed to a few progressive causes, including Hillary Clinton’s presidential campaign. Lady Grey’s post ­generated thousands of comments and major headlines, some praising the move and others condemning it.

“While we were flattered to receive an order from Ivanka Trump, our social and political views couldn’t be further from those of the Trump campaign,” Martinelli told New York magazine. 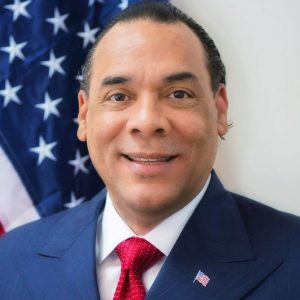 Near Atlanta, Dunwoody Diamonds USA ­owner Bruce LeVell (pictured) gained notoriety during the 2016 presidential election as head of the National Diversity Coalition for Trump. Following the election, LeVell, a former county Republican Party chair, entered the race for Georgia’s 6th District seat. He told the Atlanta Journal-Constitution in February that he was running for Congress to be “President Trump’s strongest ally on Capitol Hill in making his America first agenda a reality.” The story noted that LeVell owned a jewelry store in Dunwoody, but did not mention the business by name. “But it’s not hard to put two and two ­together,” acknowledges LeVell, who insists on keeping his 6-year-old store’s public image, including its ­social media feeds, strictly apolitical. “I’m going to control what I can control.”

Years ago, a small business sharing its ­political viewpoints so openly would have been taboo, but the winds are shifting, says University of Wisconsin marketing professor Thomas O’Guinn. Amid a less private culture and a more politicized public, businesses big and small are increasingly being challenged to take a stand and join the discussion.

“There used to be a simple rule about small businesses getting involved with politics: Don’t do it. Now, it’s layered and it depends on ­other factors, including your clientele and public opinion,” O’Guinn says. “I wouldn’t say small businesses are totally free to share their political viewpoints, but they are much freer than they used to be.”

For any small business broadcasting its political thoughts, the danger is potentially alienating customers. Basketball and branding icon Michael Jordan once allegedly quipped, “Republicans buy sneakers, too.” The same, of course, is true of jewelry.

“I’m not one for mixing business and politics,” Boston-based public relations mentor Robin Samora says. “As a small-business owner, I don’t want to limit my customer base or alienate any audience out there.”

Yet, Samora allows, speaking to a political ­issue could also attract customers who not only want to buy jewelry but also want to bond with a ­retailer’s values.

To that point, Fixler says business at Barry’s Estate Jewelry jumped about 25 percent during the 2016 election cycle. “I’ve had people tell me, ‘You are now my jeweler,’ ” Fixler says, adding that positive responses to his business have outweighed negative reactions 20 to 1.

Still, showcasing your politics can be precarious, particularly in an industry as face-to-face as jewelry retail and with social media’s ability to spread commentary within seconds. Before touting a particular political viewpoint, O’Guinn advises small-business owners to consider their marketplace and customers and, most important, why they feel compelled to speak out.

“Is it because you feel it’s vital to your role as a citizen or are you doing it to be showy and preaching to the choir?” O’Guinn asks. “When you have a divisive, partisan issue, you could be cutting off your nose to spite your face when it wasn’t necessary.”

O’Guinn’s bottom line: “Feel free to speak up, but be careful out there and don’t assume there’s no risk because there most certainly is.”

Smart guidelines for small businesses before offering up political thoughts: 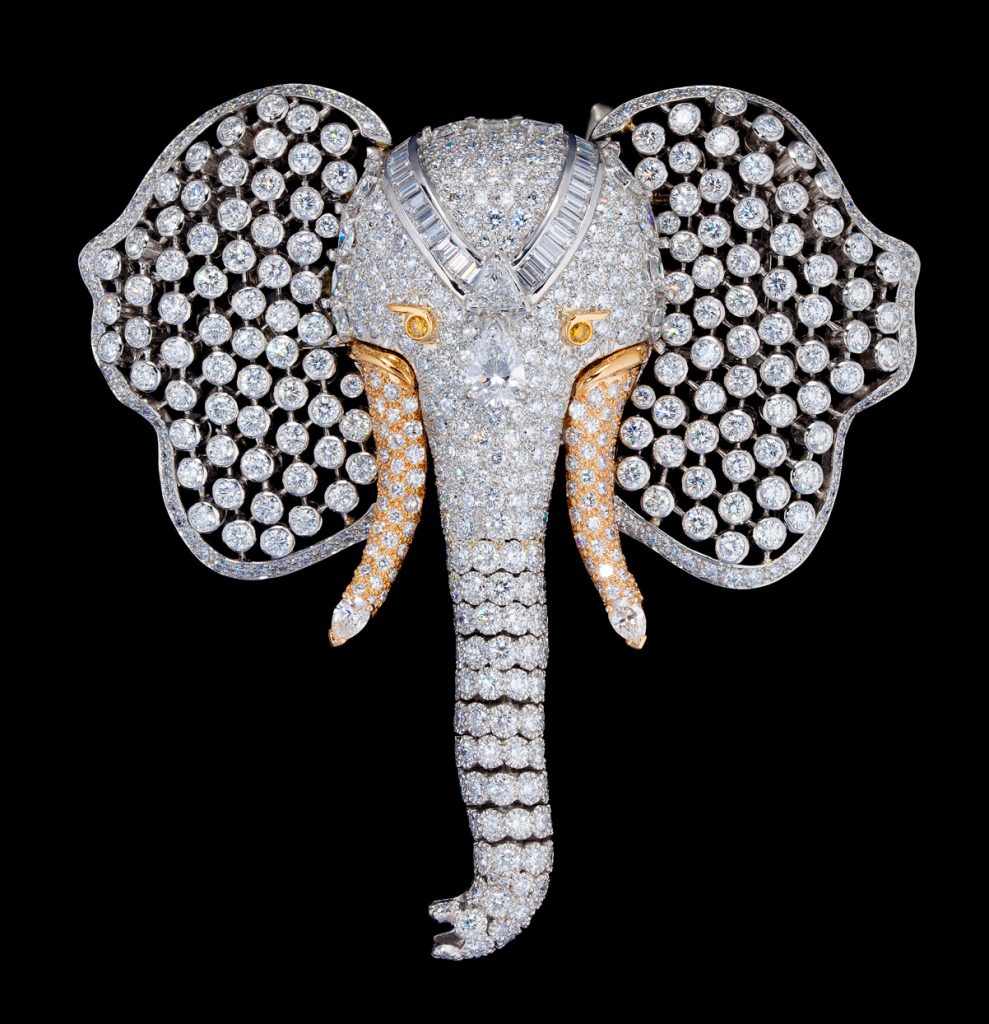 • Know thy market: If locals lean more progressive or conservative and a business shares political thoughts that run counter to that prevailing mentality, it could be exposing itself to fallout, says University of Wisconsin marketing professor Thomas O’Guinn.

• Be sincere: Be true to who you are and offer sincere thoughts, advises Chicago jeweler Brian Leber. People will sniff out commentary fueled more by marketing surveys than genuine sentiments.

• Focus on delivery: Ditch the name-calling and finger-pointing. “How you deliver the message is often as important as the message itself,” O’Guinn says.