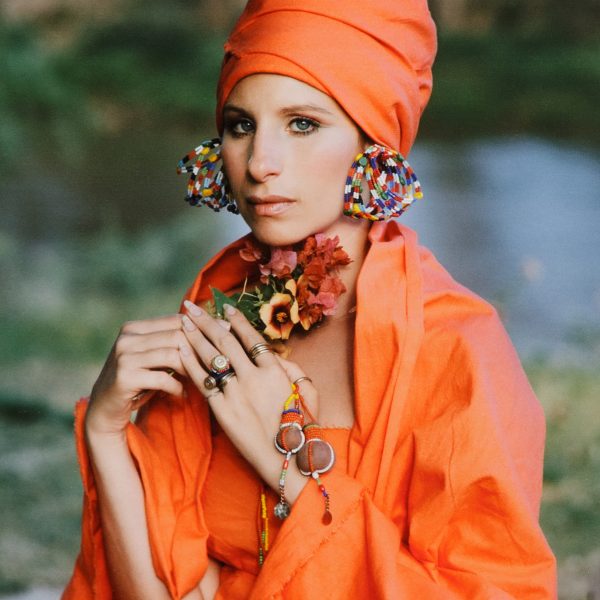 Barbra Streisand fell in love with tribal style while filming the long-forgotten 1972 drama Up the Sandbox on location in Kenya Up the ­Sandbox requires Barbra ­Streisand’s character to travel to ­Africa, so that’s what the cast and crew did. (MGM back lot be damned!) Members of Kenya’s Samburu tribe appear in the movie, and the actress made fast friends—­especially with the women. “I had the greatest outfits…jewelry made out of telephone wire, little beads,” she later said. “We’d set up a portrait sitting on the fly,” Steve Schapiro recalls in Barbra (Taschen, 336 pages, $69.99). Sandbox ranks as one of Streisand’s lowest-grossing, most obscure films. Schapiro’s self-­described “fashion pictures,” ­however, are evergreen. (Photograph by Steve Schapiro courtesy of Heather James Fine Art)