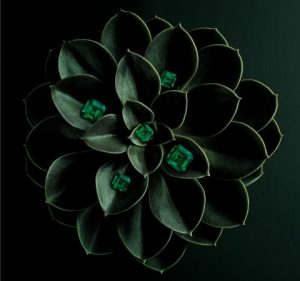 When buyers in the market for one-of-a-kind emerald jewels call Rayaz Takat, CEO of New York City–based Takat, they nearly always ask for stones with a specific provenance.

“People have been buying more Colombian stones,” he says. “They want reassurance that the pieces will sell down the road at auction, and Colombian emeralds are more well known than others.”

With an illustrious history stemming all the way back to ancient Egypt, Colombian emeralds have been sought after by virtually every powerful empire since, including the Romans, Spanish conquistadors, and India’s Mughals, whose love for the gems knew no limits.

There’s a reason the 37.8 ct. Chalk Emerald ring and the 167.97 ct. Mackay Emerald necklace are on permanent display in the Smithsonian. It has to do with their size, beauty, and rarity, but also their Colombian origin, which means the stones have less iron content and fewer impurities than emeralds found in Brazil and Zambia. Not for nothing are Colombian emeralds prized for their distinct, Platonic green, which is further enhanced by their natural fluorescence.

Today, dealers are snapping up as much Colombian material as they can before mining gets tougher and more expensive. Production of polished Colombian emeralds decreased by more than 6 percent in 2015 (though rough increased by 15 percent), according to the Colombian Association of Emerald Exporters, or ACODES, a Bogotá-based marketing organization. Costs are being further squeezed by the government’s growing push for labor and environmental regulations. All this suggests that emeralds with a Colombian provenance will continue to retain their value.

“When people talk about emeralds, it’s the classic Colombian—and then there’s everything else,” says Stuart Robertson, vice president and research director at Gemworld International Inc. in Glenview, Ill., and gemstone editor of its GemGuide pricing publication. 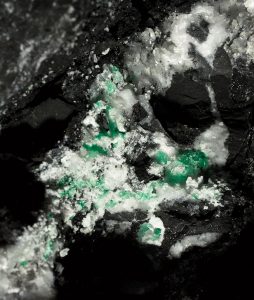 In the trade, there is no shortage of companies invested in the performance of Colombian gems. ACODESmaintains pavilions at the March, June, and September jewelry shows in Hong Kong as well as a research lab in Bogotá dedicated to finding cleaning methods safer than acid and more natural and longer-lasting treatments than cedarwood oil or resin. The goal is to inspire greater “confidence in the product,” says ACODES president Luis Gabriel Angarita.

Of all the Colombian emerald companies in the trade, however, few are as committed to the market as Muzo Emerald Colombia, part of The Muzo Companies. In 2009, the group began working in Colombia’s emerald-rich Muzo region, located in the state of Boyacá. Billionaire-dealer Victor Carranza, once called the country’s emerald czar, was the de facto head of the region until his death in 2013, after which The Muzo Companies acquired mining rights. (A couple of other big mining players, including London-based Gemfields and Maripi, Colombia–based Esmeraldas Santa Rosa, also work large plots of land in a shared emerald-producing belt with Muzo while a handful of smaller outfits mine the rest.) Since then, the company has invested $100 million in modernizing operations and increasing benefits to local communities in an effort to make its product more appealing to millennial buyers.

“We offer 100 percent traceability throughout the emerald production chain,” says spokesperson Jason Woods. “Each emerald is uniquely identified at the moment it is extracted from the ground and tracked throughout its journey until it reaches the consumer’s hands as an individual gemstone or as part of a finished jewelry piece.”

Muzo Emerald Colombia is intent on sharing this story. The firm set up a booth at last year’s Baselworld fair, alongside brands such as Mikimoto. The company also exhibited at the Couture show in Las Vegas in June, displaying loose stones and an emerald necklace made in collaboration with Beirut-based designer Selim Mouzannar, a fruitful partnership that earned a Couture Design Award for Best in Colored Gemstones. In addition, Muzo has done some high-profile consumer outreach, starting with a recent digital advertising campaign with The New York Times designed to share the story of the brand, the region, and the legendary emeralds found there.

For all of Muzo’s branding power, however, it’s not the only game in town. Known for its dominant position in the Zambian emerald market and its commitment to sustainable mining, Gemfields acquired rights to the Coscuez emerald mine in 2015, inserting itself directly into Muzo’s territory. (Coscuez is about 9.3 miles away from the Muzo mine.)

“Our current focus is on trying to finalize a deal which should see the company acquire as much as 74 percent of the historical and well-documented Coscuez mine,” says Gemfields CEO Ian Harebottle. “We are leading the call for growth and increased transparency across the industry and therefore welcome Muzo’s own commitment to global promotions, distribution, and responsible sourcing.” 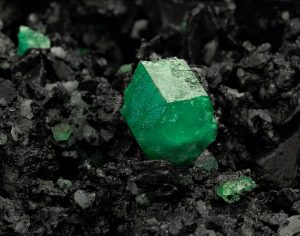 King of the Hill

With so much investment, interest, and history, it’s no surprise that Colombia is the favored origin among emeralds.

The secondary market bears testament to this. François Curiel, Christie’s chairman of Asia-Pacific, told Blouin ArtInfo last spring that Colombian-origin emeralds “tend to assure a higher intrinsic value than those from any other geographical provenance.”

The same holds true at Bonhams Asia. The auction house’s director of jewelry, Graeme Thompson, says Colombian emeralds are commonly referred to as “king” of the variety.

But for Heena Chheda Shah, designer of Real Gems, a New York City–based designer, Zambian goods are preferable to work with for their clarity and rough availability for cutting. That’s especially true when seeking calibrated—i.e., consistent—stones: Zambian emeralds are much easier to match.

“Colombian gems are beautiful, but that’s just one type of emerald and not to say that other origins are inferior,” Shah says.

Gary Schuler, chairman of the jewelry department at Sotheby’s in New York City, sides with Shah. “Colombian emeralds have traditionally been the most prized,” he tells JCK. “But you must always be focused on the stone itself, not the piece of paper.” 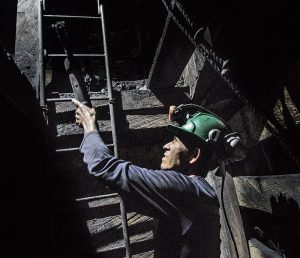 Working inside the Muzo mine

In the arena of treatments, little has changed. Industry-recognized applications for all emeralds, regardless of origin, remain oils, waxes, and resins.

One continuing area of concern for gemologists is a duplicitous scheme in which untreated emeralds are submitted to labs in order to receive a report identifying them as bearing “no treatment.” Once the prized grade is received, the emeralds are subjected to treatment. Or stones are partially cleaned to get a better or higher clarity enhancement grade and are then filled. Shane McClure, global director of colored stone services for the GIA, even gave a presentation on this issue at a conference in Thailand a couple of years ago to attempt to find solutions to the problem.

Christopher Smith, president of New York City–based American Gemological Laboratories, has seen the tactic enough that five years ago, he added cautionary terminology to his reports. For stones identified as having open fissures and no treatment or fissures that are only partially filled, they now bear comments stating that at the time of testing, the emeralds “had fissures that were not filled or only partially filled,” says Smith. “This is not an everyday occurrence, but it is fraudulent and happening more,” he insists.

Prices on the Rise

As with rubies and sapphires, commercial-quality Colombian emeralds are readily available while finer material is tougher to source. But prices have room to grow across the board. “A couple of years ago Colombian emeralds were a bargain; now, they are a good buy,” Robertson says.

Retailers shopping for Colombian emeralds in Tucson should get documentation on significant purchases and be wary of too-good-to-be-true prices. Also, scrutinize stones from all angles; settings can often hide flaws.

Dealer Ron Ringsrud, author of Emeralds: A Passionate Guide, is a devoted fan of Colombian gems. He even spent the last several years setting up a cutting facility for the Muzo group in Bogotá, and recalls a meeting with four Colombian emerald dealers in which the quintet was left speechless by the beauty of Muzo stones.

Ringsrud’s contract with the brand has ended, but his love affair with Colombian emeralds rages on. “Demand is so strong that if the mines did have a huge production,” he explains, “it would all get sold quickly.” 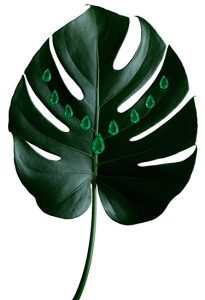