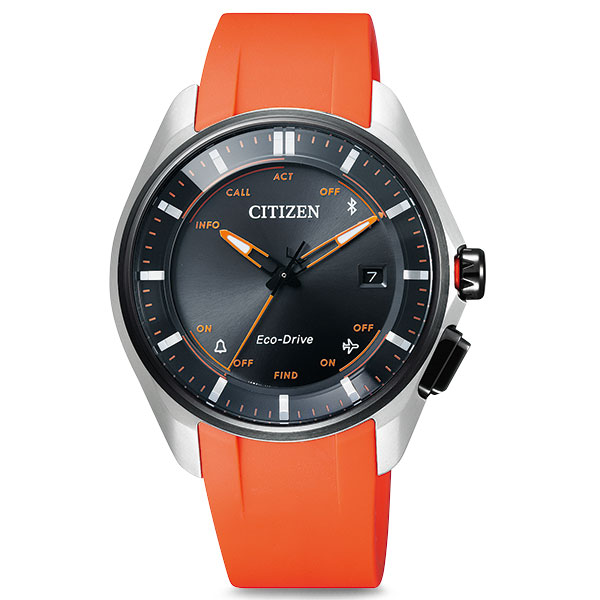 WHO, WHAT, WEARABLE Citizen Eco-Drive Bluetooth Watch Japanese watchmaker Citizen has debuted a new version of its flagship high-end connected watch—the ­Eco-Drive Bluetooth—inspired by tennis superstar and Citizen ­ambassador Naomi Osaka, who won the women’s singles title at last year’s U.S. Open with an Eco-Drive strapped to her wrist. The sporty new model, released in March in a limited run of 1,000, is impressively thin and packs 85 components into its 1 mm quartz movement.  What it does: The unisex model looks analog (there’s no digital screen), but notifies wearers of incoming calls, emails, and text messages via 15 exclusive sound options and the movement of the watch hands. It also boasts a smartphone finder, three alarm settings, and date and time synchronization. What we liked: The smartwatch is one of the most lightweight hybrids on the market, and its vivid