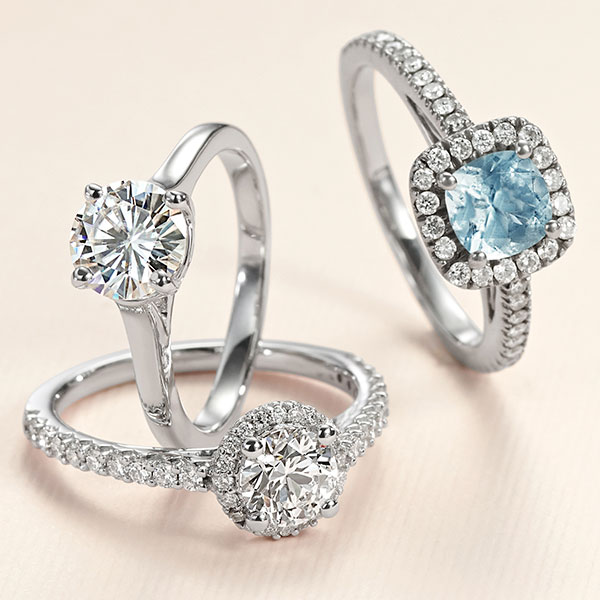 In early April, the Federal Trade Commission (FTC) sent ­warning letters to eight companies that sell lab-grown ­diamonds and look-alike diamond simulants, warning them that their communications don’t adhere to the commission’s Jewelry Guides and could mislead or confuse consumers.

The move received widespread attention, as it is rare for the FTC to take any kind of action to enforce its Jewelry Guides, never mind eight warnings at once.

Among the lab-grown companies that received warnings, according to a Freedom of Information Act request: Diamond Foundry, Pure Grown Diamonds, and Ada Diamonds, which were cited for allegedly not having “clear and conspicuous” disclosure of their stones’ origins and making general eco-benefit claims (see feature on page 106). Foundry and Pure Grown were also warned about using non-FTC-approved terminology like aboveground.

Not all the companies could be reached for comment, but Ada and MiaDonna said the matter has been settled.

Jewelers Vigilance Committee (JVC) president and CEO Tiffany Stevens says the agency’s action suggested that it was seeking tighter compliance to its Guides than it seemed after last summer’s revision: “This changes the conversation a bit.”

She says the FTC has officially okayed the terms ­laboratory-created, laboratory-grown, and [manufacturer]-created as descriptors for man-made gems. Yet, it’s become common for companies to use their own terms such as aboveground real.

“The way we’ve been presenting it to the industry is that using [another term] is a risk,” says JVC senior counsel Sara Yood. “If you want to try a fourth term, you can, but you are at risk for enforcement by the FTC.”

Federal Trade Commission attorney Robert Frisby, whose name is on the letters, tells JCK that companies aren’t necessarily proscribed from using other terms, but any terminology must be clear to the consumers. “Hypothetically, there might be an advertisement that doesn’t exactly follow the FTC Guides that isn’t deceptive,” he says. “It comes down to the net impression of the advertisement.”

If a company intends to use a new term, it might want to do market research to ensure that the term is clear, Frisby adds. “You could look at some of the Guide provisions as almost a safe harbor,” he says. “If you don’t follow them, you might not be deceiving people. But if you follow the Guides, you are on firmer ground.” He notes that if the FTC were ever to bring an enforcement action against the companies, it would shoulder the burden of proving the communications were deceptive.

Stevens thinks the FTC’s current crackdown is a reaction to what happened after it handed the lab-grown industry a slew of favorable rulings with the FTC revision last summer. “Some people got really wild with their interpretations,” she says. “They started making up their own reality and not really ­referencing what the Guides said. They didn’t think that ­anyone would come knocking.”