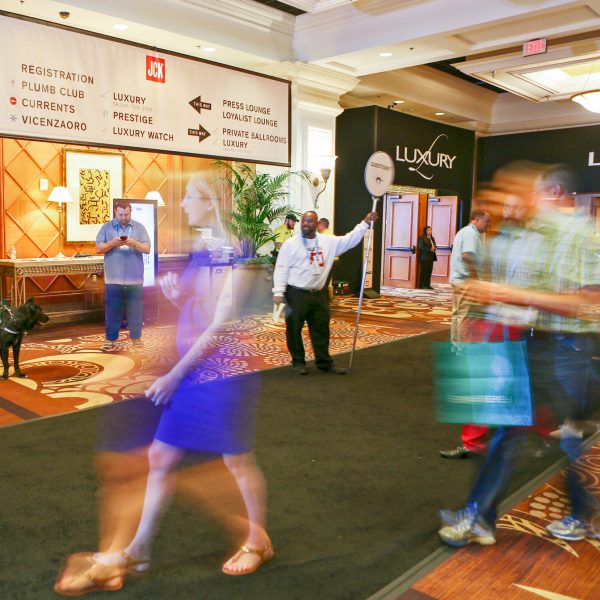 Surprise! After a first half of the year that ­included some fairly depressing shows, I’m happy to report that JCK Las Vegas was hopping. There was electricity in the air, happy exhibitors, and even a round of applause as the lights dimmed at 4 p.m. on the final day! As always, it was the brands that innovate, market, and present themselves well that appeared to have the best shows. Gone are the days of rolling out last year’s goods and staring at one’s phone, with Doritos bags lying around the booth, while expecting buyers to just stroll in. The week began with a strong edition of LUXURY in the ballrooms of the Mandalay Bay Convention Center. Congratulations to Sarin Bachmann on the wonderful brands that appeared (Erica Courtney and Omi Privé, to name two) and on the show’s overall success. Sunday, June 4, featured the Diamond Empowerment Fund’s annual awards gala, the h