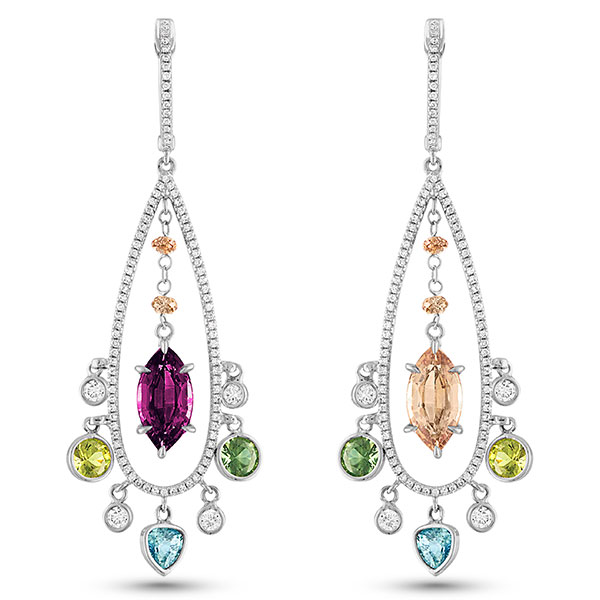 And so it begins.

Our long-awaited 150th-­anniversary celebration kicks off this month. And we couldn’t be more jazzed about it. Although you’ll have to wait until late September to read our ­special anniversary edition (which will take the place of our regular ­September/October issue), you’ll find nods to the major milestone in every print issue we publish this year, beginning with the one you’re holding in your hands.

It’s no small feat to honor a birthday as momentous as 150 years. Especially when the birthday celebrates so much more than a publication. We’ve long held that the history of JCK is the history of the jewelry business in America. Since our founding in 1869 as the American Horological Journal, we’ve been the publication of record for the jewelry and watch business, and we don’t think it’s overstating it to compare our relationship with the trade to a long and complicated, yet extremely fruitful, marriage.

But rather than tooting our own horn about it, we asked 150 of the industry’s movers and shakers to toot it for us. Turn to page 78 to read the opener to our “150 Years, 150 Voices” series; this first installment is a collection of 25 quotes gathered by senior editor Emili Vesilind about how the trade has changed and what our publication has meant to people over the years. Look for subsequent installments in the rest of this year’s print issues (and online!).

While it’s a big year for the magazine, it’s an equally big year for JCK Las Vegas, which heads back to the Sands Expo and Convention Center at the end of May, after an eight-year hiatus at Mandalay Bay. In “Return to Center,” news director Rob Bates looks at the logistical hurdles the show team had to overcome to ensure a smooth move. His piece marks the first in a four-part Countdown to the Sands series that will culminate with our at-show June issue.

Despite all the hoopla, we haven’t forgotten this issue’s theme, “New Year, New You,” or its colored stone focus, just in time for Tucson gem week. For a concise, easy-to-implement guide to reinventing your brand in 2019, read “Refresh Yourself” by contributor Martha C. White. And for the gem trends that should top your Arizona shopping list, check out photographer Joel Stans’ drool-worthy still life, “We Will Rock You.”

Finally, this densely packed issue also happens to be our annual ode to weddings—as the lovely tiara-bedecked model on our cover and featured in “Wedding Belle” can testify. On that note, we asked contributor Amy Elliott to track down some of the industry’s best question-popping stories in “Perfect Proposals,” a not-so-subtle reminder that if you make yourself a key part of a couple’s betrothal story, you’re poised to reap myriad rewards down the line. Trust us—after 150 years of being wedded to this industry, we know a thing or two about the benefits of matrimony!

Top: Say “I do” to these earrings with purple-gray, champagne, green, and blue-green sapphires and diamonds. ($6,800; Avalina K.; avalinak.com)